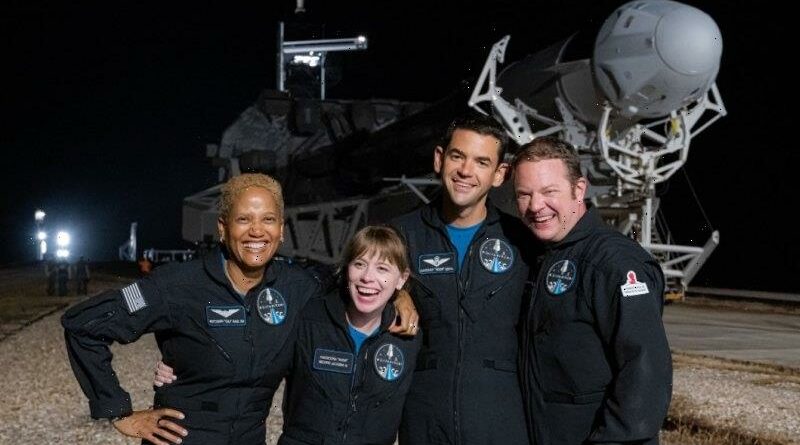 Washington: Elon Musk is getting ready to take a giant leap ahead of Jeff Bezos and Sir Richard Branson in the billionaires’ battle to open up space for tourism.

Bezos and Sir Richard recently launched themselves into zero gravity on suborbital trips lasting less than an hour.

But Musk will top them this week by sending the world’s first all-civilian crew into full orbit. 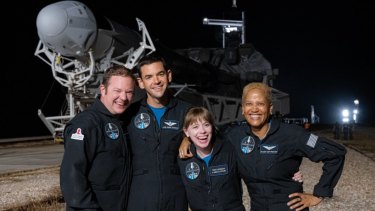 Inspiration4 passengers (from left): Chris Sembroski, a data engineer; Jared Isaacman, founder of a money-processing company; Hayley Arceneaux, a survivor of childhood cancer; and Dr Sian Proctor, who won a contest for a ticket.

The SpaceX founder will not be joining them but, in a milestone for space tourism, four private citizens will board the Inspiration4 mission. It is expected to blast off from Nasa’s Kennedy Space Centre in Florida as early as Wednesday (Thursday AEST).

A SpaceX Crew Dragon capsule, launched on a Falcon 9 rocket, will travel around the Earth for three days at an orbit of 335 miles (570 km), higher than the International Space Station, before splashing down in the Atlantic.

In July, Sir Richard’s Virgin Galactic craft climbed 80 km above the Earth, an altitude that is regarded as space by the US Federal Aviation Administration but short of the Kármán line, the internationally recognised boundary of space, 100 km up. 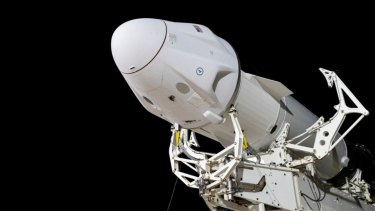 The SpaceX mission will be fully automated and a special dome window has been fitted to the spacecraft to give passengers incredible views of the Earth. The trip is being paid for by billionaire Jared Isaacman, 38, founder of money-processing company Shift4 Payments, who will be on board. Neither SpaceX nor Mr Isaacman have said how much he is paying, but figures of up to $US200 million ($271 million) have been mooted.

Isaacman has said he hopes to use the mission to raise an additional $US200 million for St Jude Children’s Research Hospital in Memphis, Tennessee, and he has pledged the first $US100 million himself.

A large proportion of the remainder will be raised by auctioning items the crew take into space.

Among the other astronauts will be Hayley Arceneaux, 29, a survivor of childhood bone cancer, who is now a physician’s assistant at St Jude.

Arceneaux will be the first person with a prosthetic body part to go into space. She has a prosthesis in her leg.

Other crew members include Sian Proctor, who won a contest for a ticket, and Chris Sembroski, 42, a data engineer who won his seat in a charity raffle.

The crew will be taking with them 30 kg of hops that will be made into beer by Samuel Adams brewery upon their return. Other items will include a ukulele, which will be played in space, and a copy of Time magazine.

During their training, the astronauts have been followed by a Netflix television crew.

The mission will take off from launch pad 39A, the same pad used by the Apollo 11 mission to the moon.

Early in the process, Isaacman spent millions of dollars on a 30-second TV advertisement during the Super Bowl launching contests for people who wanted to be on the flight.

He has said he understands many will see the trip as a “billionaire going on a joyride”. But he added: “We’re not going to go up with a bunch of fishing buddies. We’re not going to do this if we can’t make a huge difference for the problems the world’s faced with today. We gravitated to St Jude.”

It is the latest development in an increasingly bitter rivalry between Musk and Bezos.

Recently, they have clashed over a NASA contract to land astronauts on the moon, who gets to use the historic launch pad 39A and over their competing plans for satellites to provide internet service.