Mighty predator back in business: Elusive bluefin tuna which can weigh up to 700kg are spotted more than 500 times on British coastlines

Now the elusive bluefin tuna – which disappeared from British coastlines in the 1990s – is making a comeback.

More than 500 sightings of the mighty species have been reported in the past five years, including off Devon, Cornwall and Pembrokeshire. 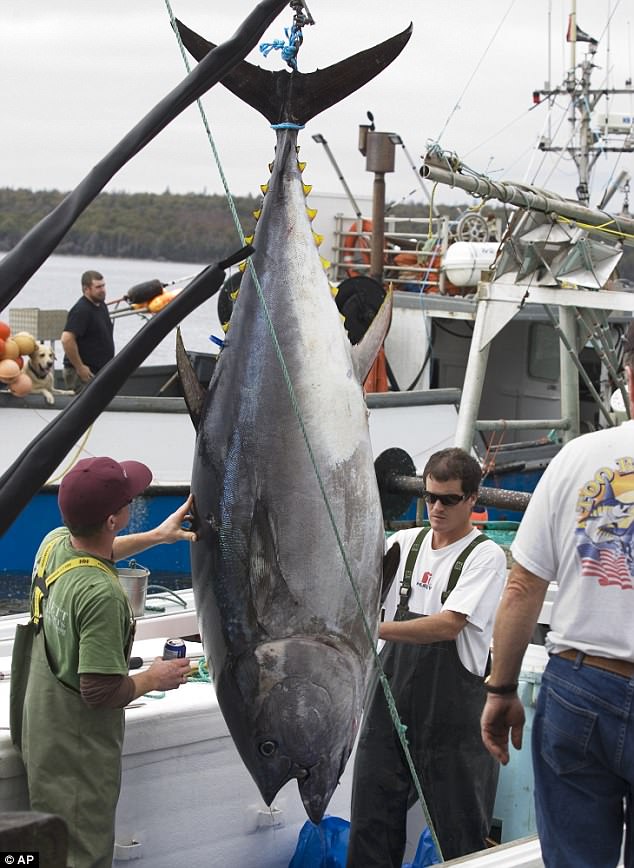 In 1933 the biggest bluefin tuna in Britain was hooked by Lorenzo Mitchell-Henry, the son of a wealthy financier, 50 miles off the Yorkshire coast.

It weighed an astonishing 38kgs.

But the species, which feeds on smaller fish, began struggling to survive thirty years ago, partly due to overfishing of herring and mackerel.

Now it seems the mighty predator is back in business.

Fisherman reported seeing schools of more than 100 munching on pilchards and mackerel off Cornwall last year, The Times report.

The return of the enormous fish could see a resurrection of big game fishing and attract wealthy anglers in the off season when bluefin are at their highest numbers.

At least 50 were caught by shark anglers in the past two years, despite the fact they are classed as an endangered species and it is illegal to target them in British waters. 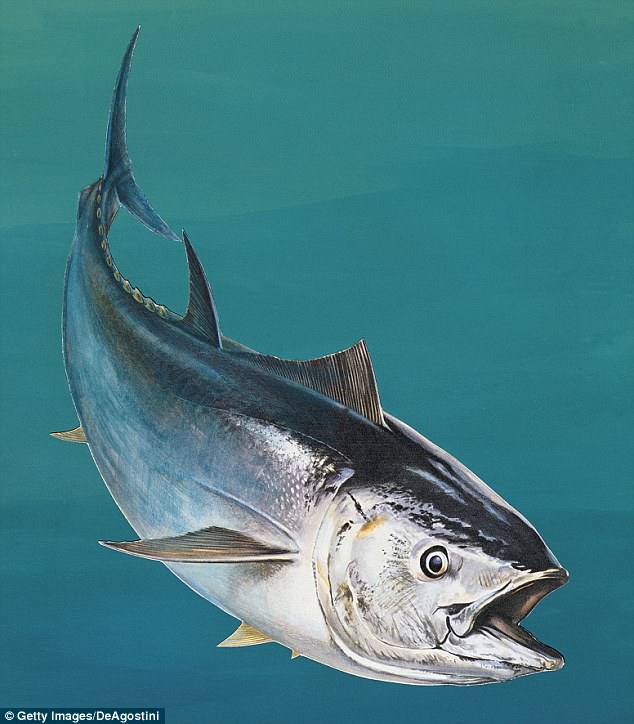 An Atlantic bluefin tuna. Some cross the Atlantic Ocean to North America and back in a single year

Satellite tags are being used in the UK and Europe to track bluefins’ movements and have revealed they migrate over huge distances.

Some cross the Atlantic Ocean to North America and back in a single year.

‘Looking into the future, the Angling Trust can see the potential opportunity for a legitimate recreational bluefin tuna fishery to work alongside further scientific research.’