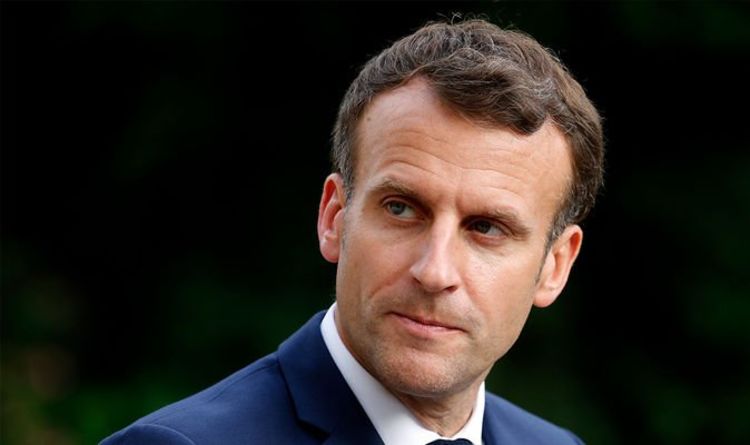 Macron says France is the 'most attractive country' in Europe

Euro 2020 has been filled with shocks and surprises as the tournament nears its climax in Sunday’s final. Italy defeated Spain on penalties to secure their place in the final, and Roberto Mancini’s side will face the winner of England vs Denmark tonight. One team that crashed out earlier than expected was France.

The 2018 World Cup winners were fancied by many to go all the way once more, but the French side were knocked out on penalties by Switzerland in the round of 16.

One man who will be left humiliated by the result is President Emmanuel Macron, who boasted his country had the “best players” before the tournament.

He visited the French national team before the tournament commenced.

Explaining what he said to the players, Mr Macron told RMC sports: “I said to them, ‘You have nothing to prove, you are truly great players, but give it your all right until the last minute.’

“The team that wins the competition will be the one that wants it most. I believe that very profoundly. In 2018, France wanted it the most, we have to match that.

“I also said that the squad is stronger than each individual. I believe that this is very much the view of manager Didier Deschamps.

“We have the best individuals on paper for the Euros, there is no doubt. But it is together that they are much stronger, through the ability to sacrifice themselves for each other, for the quality of play and the team.

“Thirdly, it is enthusiasm. They are going to be back in front of fans for a lot of them. We are the day after the return of the public being able to return to amateur sport.

“The more than two million French men and women who love football can return to train since yesterday, it is extraordinary.”

Mr Macron’s boast that France have the “best players on paper” may have been a view shared by many in football, but the confidence in France was ultimately misplaced.

The French President has shown his enthusiasm for football in the past, being a fan of French club side Olympique de Marseille as well as the national team.

President Macron was captured giving a speech to the victorious players during which he said: “I told you and the coach to bring back the second star. You did it! You made us dream, you played wonderful football, you made 60 million French people and kids everywhere dream and you’ll see tomorrow when you go back home.

“I wanted to tell you the children, a big thank you to you, to the whole team. “

Before this tournament, Mr Macron also backed France and Chelsea midfielder N’Golo Kante to win the Ballon d’Or – the award for the best player of the year.

He said: “N’Golo Kante is a great player, like Kylian Mbappe and he is an example. He is an example for the youth of the country.

“When we see again the season Kante has had with his club, and I hope the Ballon d’Or too and I’m sure what he will do in this Euros.

“Him and Kylian are good people too, with values of effort and togetherness. They are loyal to the clubs where they come from. And I think it is very important for the country because sport is always bigger than just sport.”