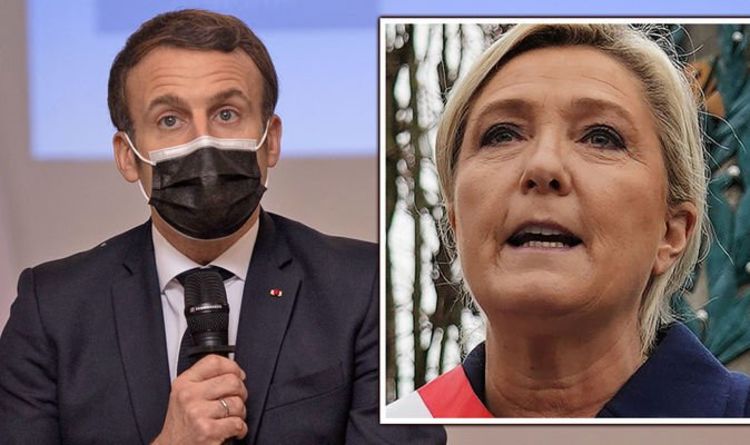 Macron and France 'are failing' on vaccine rollout says Moutet

Much like the rest of Europe, France and its economy has been ravaged by the coronavirus pandemic and has therefore put French President Emmanuel Macron under pressure. And France’s vaccination woes are not breeding any optimism, as the country’s programme falters early on. Figures as of January 3 showed that while Germany had vaccinated 239,000 people, France was still at just 516. This has been blamed on red tape, a lack of nursing staff and the government’s caution in Paris – allowing a consent period between the time people sign up for the vaccine and actually receiving the jab.

Forecasts late last year predicted that the French economy would contract by around 11 percent in 2020.

Academic and journalist Paul Taylor highlighted how Mr Macron’s economic woes during Covid-19 could cost him the presidency in 2021.

In fact, he claimed in his article for Politico that the French President “will need an economic miracle, and a lot of luck with the pandemic, to keep his crown”.

France has endured its biggest economic shock since World War 2, and the country’s national debt has risen to 120 percent of GDP, having already been at 100 percent before the pandemic. 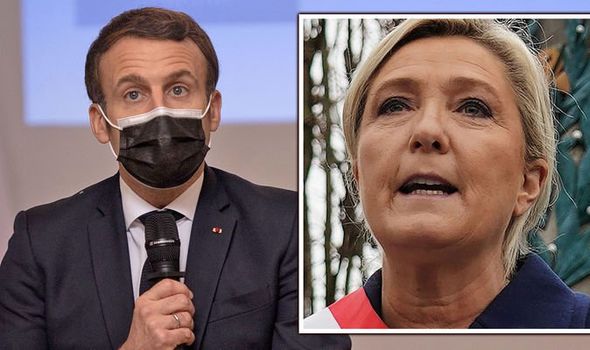 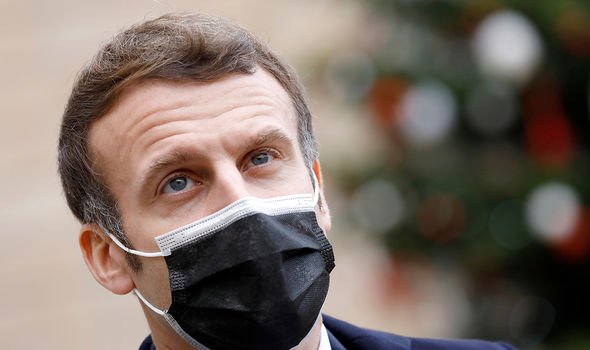 And this couldn’t have come at a worse time for Mr Macron, as polls in recent months show National Rally leader Marine Le Pen is hot on the President’s heels.

Ifop has put both candidates at around 25 percent, although the last survey had Mr Macron up by one point on 28 percent.

However, the pollster did have Ms Le Pen one point up in another recent survey.

The threat of Ms Le Pen has provoked Mr Macron to make a rightward shift in recent weeks.

The French President has taken a ‘law and order approach’ according to some in Paris, shown by his attempts to pass laws that would restrict protests, protect police and combat radicalism. 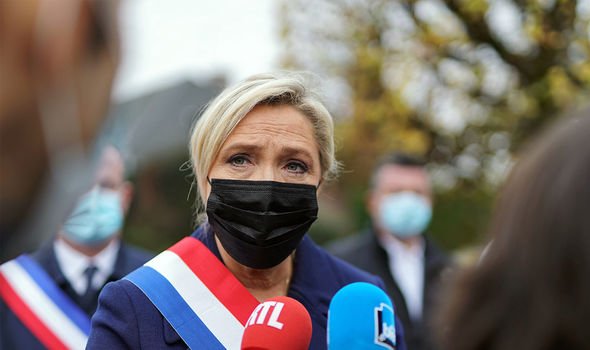 In November, between 133,000 and 500,000 people demonstrated in more than 70 cities across France against a proposed security law.

The legislation aimed to increase police protections, making it a criminal offence to publish images of on-duty officers with the intent of harming their “physical or psychological integrity”

But the French Parliament eventually succumbed to public anger, calling for a “complete rewrite” of the bill.

Dr Eoin Drea, a senior research officer at the Wilfried Martens Centre for European Studies in Brussels, said in October that euroscepticism in France could be another vulnerability for Mr Macron. 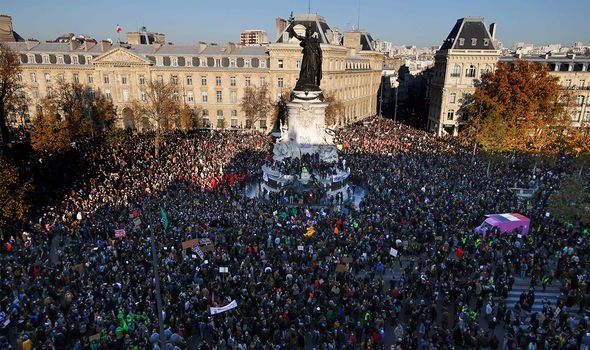 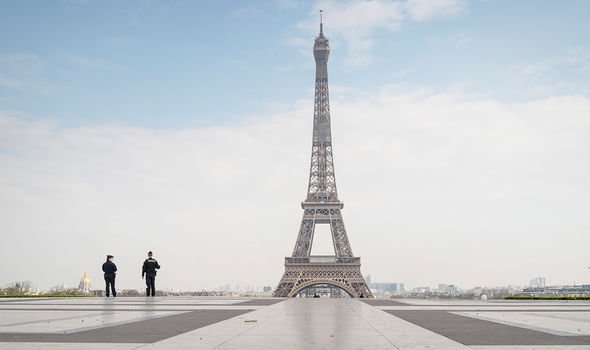 Mr Drea said: “I think data shows that for all his apparent power and ‘successes’ in Brussels, President Macron is on very shaky ground in France in advance of the next presidential elections.

“This is ironic because Macron has really succeeded – along with Covid-19 – in pushing Germany much closer to the French vision of a much more integrated and bigger Europe.

“But back home, I think the perception is that he is really one of the elite.

“I expect to see Marine Le Pen come back strongly onto our radar once normality hopefully returns in 2021.”