With rail travel plagued by delays, overcrowding and ever-rising season ticket prices, the golden age of steam can seem like a long time ago.

But commuters have been given a rare boost after it was announced that the confusing system of wildly differing fares could be overhauled.

Passengers can pay high prices for long connecting journeys when there are quicker, cheaper alternatives – or more for a return than two singles. 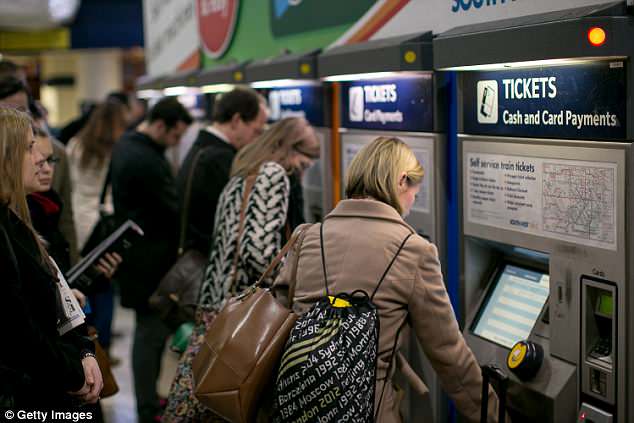 Currently around 55 million different fares exist, including long-standing anomalies such as charging a peak-time fare when half a trip is on an off-peak service.

Meanwhile, ‘split ticketing’ – buying multiple tickets to cover different stages of a single journey – can be cheaper than buying just one ticket.

A public consultation will look at ways to simplify the system. It will lead to a report containing proposals for the Government to consider.

In December, it emerged that more than two-thirds of ticket machines do not tell passengers how to get the cheapest fares.

It came despite the Department for Transport pledging to ensure that machines tell passengers if they can save money by waiting a few minutes to buy an off-peak ticket or going to a ticket office.

Just one in three passengers said they were ‘very confident’ they had bought the best value ticket for their last journey, according to research by auditors KPMG commissioned by the industry. 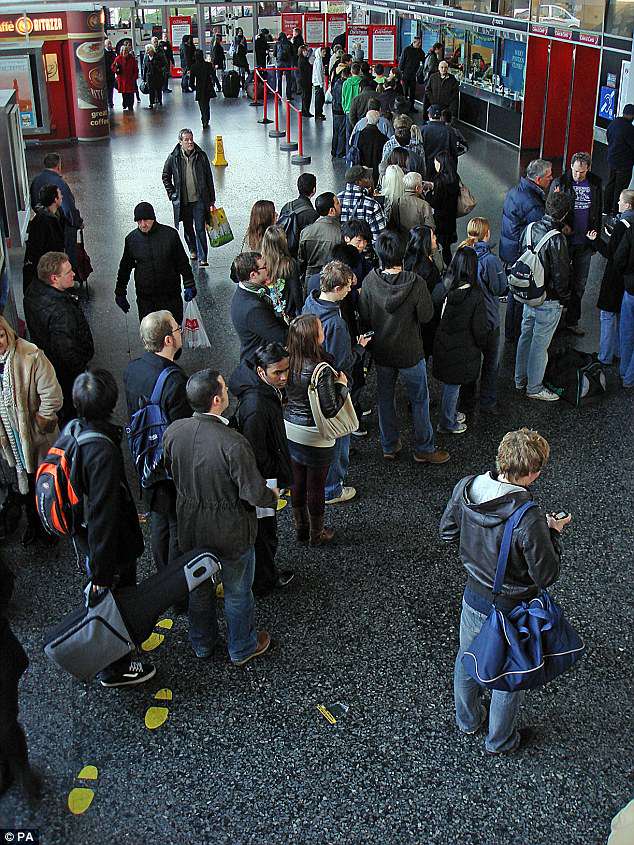 The Rail Delivery Group, which represents private train operators and Government-owned Network Rail, said the industry’s suggestions will aim to have no change in average fares and need no extra support from taxpayers.

The current ticketing system is underpinned by regulations unchanged from the mid-1990s, and has not kept pace with technology or how people travel.

Three decades ago it was assumed customers bought tickets from ticket offices, whereas now they can be bought at machines or online from a number of different providers.

Each of the 2,500 stations in Britain must still sell tickets to every other station in the country, but further layers of complexity have been added through individual franchise agreements.

In February, a probe by the independent rail watchdog the Office of Rail and Road found one in five mystery shoppers selected a more expensive ticket than necessary or were at risk of a penalty fare when using a ticket machine.

It urged train firms to refund commuters who overpaid.

KPMG has outlined a number of principles for rail ticketing, including making it more transparent, predictable and easier to use, plus integrating it with other modes of transport and introducing more personalised and flexible fares.

Rail companies say they are trying to cut jargon and provide clearer information about peak and off-peak times.

Rail Delivery Group chief executive Paul Plummer said the industry is committed to reforming ‘well-meaning but outdated’ regulation, but warned there are ‘no quick and easy solutions’.

Anthony Smith, chief executive of passenger watchdog Transport Focus – partnering with the RDG on the consultation – said: ‘Fares and ticketing systems need to suit the way we travel now.’

The consultation will open on June 4, with a report expected in late autumn.

Last year student Joe Furness found it cheaper to fly via the Spanish island of Menorca rather than pay for a direct train ticket from Newcastle to London.

The cheapest rail ticket the night before was £78.50. He then found a plane ticket to London via Menorca for £26.99.