The 40-year-old tweeted last night to warn the thief he had CCTV and would be getting the cops involved. 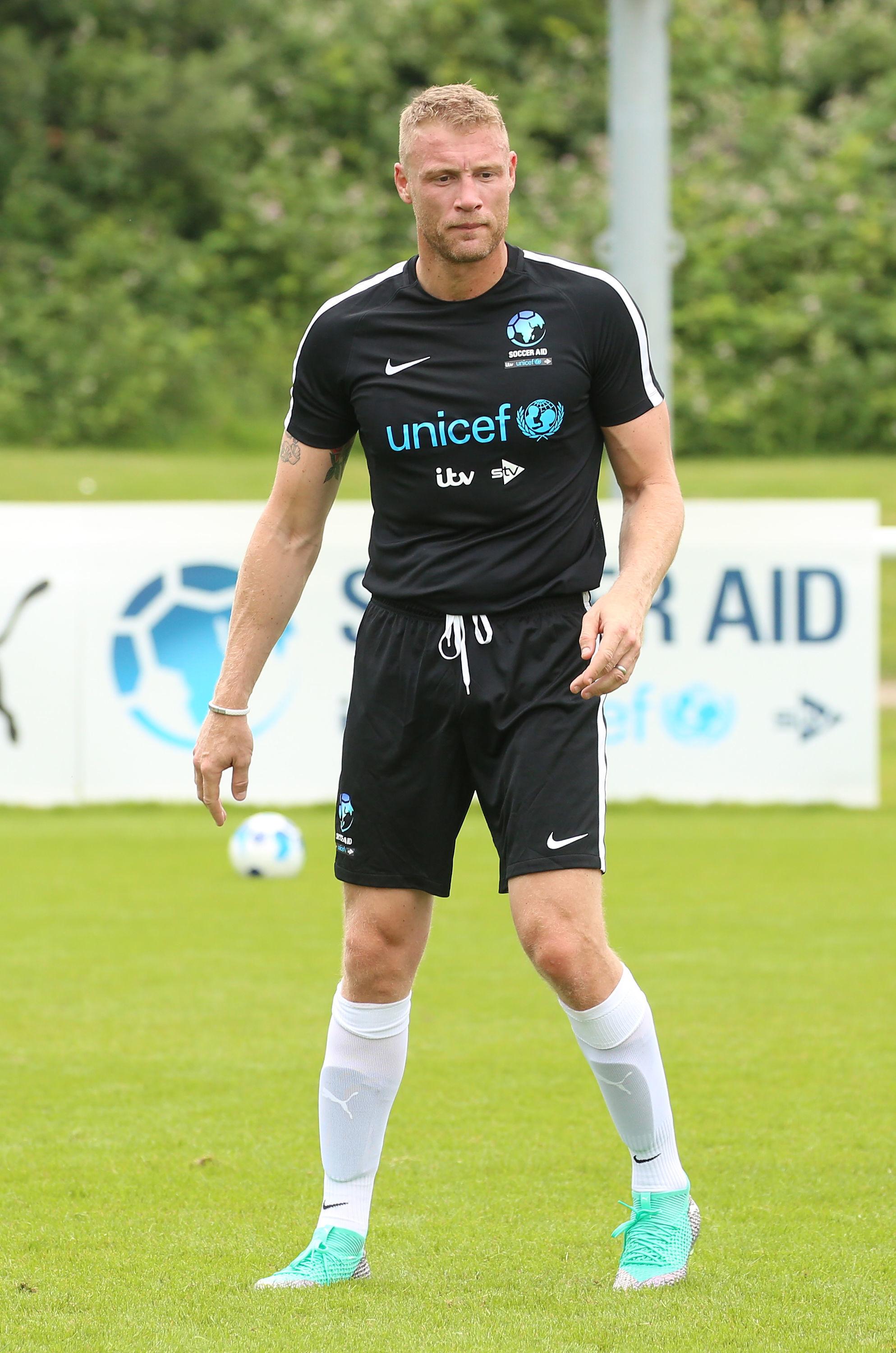 The former England captain posted: "To the p**** who's just nicked my wallet from @TotalFitness altrincham, just bring it back you're on CCTV and now getting the police involved."

Greater Manchester Police were unable to find a record of a theft from the gym being recorded.

One of Freddie's millions of followers replied: "He's a brave man or a f***** nutter to be pinching your stuff Fred.

"If he has any sense he'll hand the wallet and himself in at a local police station. Safest place for him."

In May we reported how Flintoff was left red-faced when one of his children exposed his private parts by pulling down his shorts in the middle of a busy cafe.

Copying the sort of prank Freddie would pull on panel show A League Of Their Own, he said: "I was paying for the coffee and I had my training kit on and my youngest comes up behind me and he's whipped them down – it's them shorts with a lining so no undies!

"It's hanging out and there's a girl behind me. I got kicked out."

The 6ft 4in ex-captain, told of how he could barely drive it home to Surrey.

He joked: “If I try and use the indicator, it gets stuck on my knee.

“I have had to cut my hair because the roof was squashing my fringe.”