Here we go! England players and fans arrive in Volgograd as team prepare to join the World Cup’s Russian party

The England squad have touched down in Volgograd ahead of their World Cup opener against Tunisia tomorrow.

Thousands of enthusiastic English fans poured into the city, in south west Russia, yesterday in anticipation of the Three Lions’ first game.

The travelling support received a warm welcome from locals, some of whom wore England or Premier League replica shirts themselves. 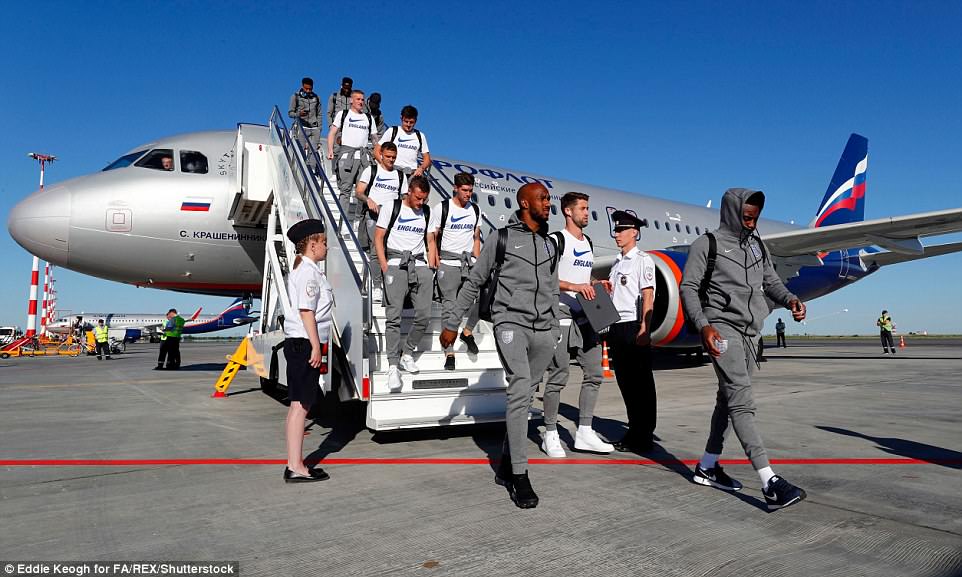 Gareth Southgate’s men have landed in Volgograd, in south west Russia, ahead of their World Cup opener against Tunisia tomorrow evening 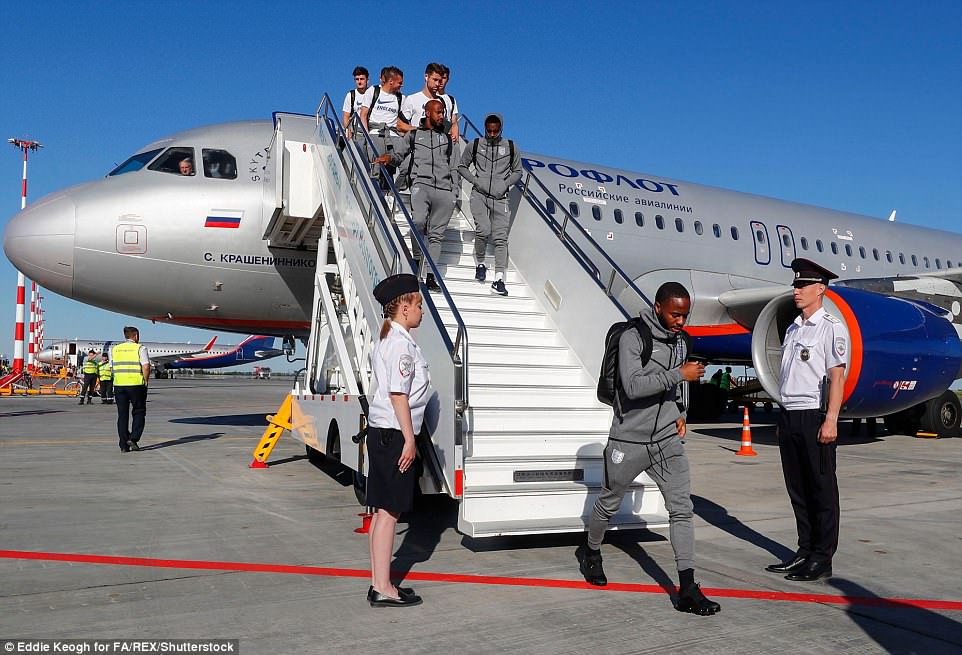 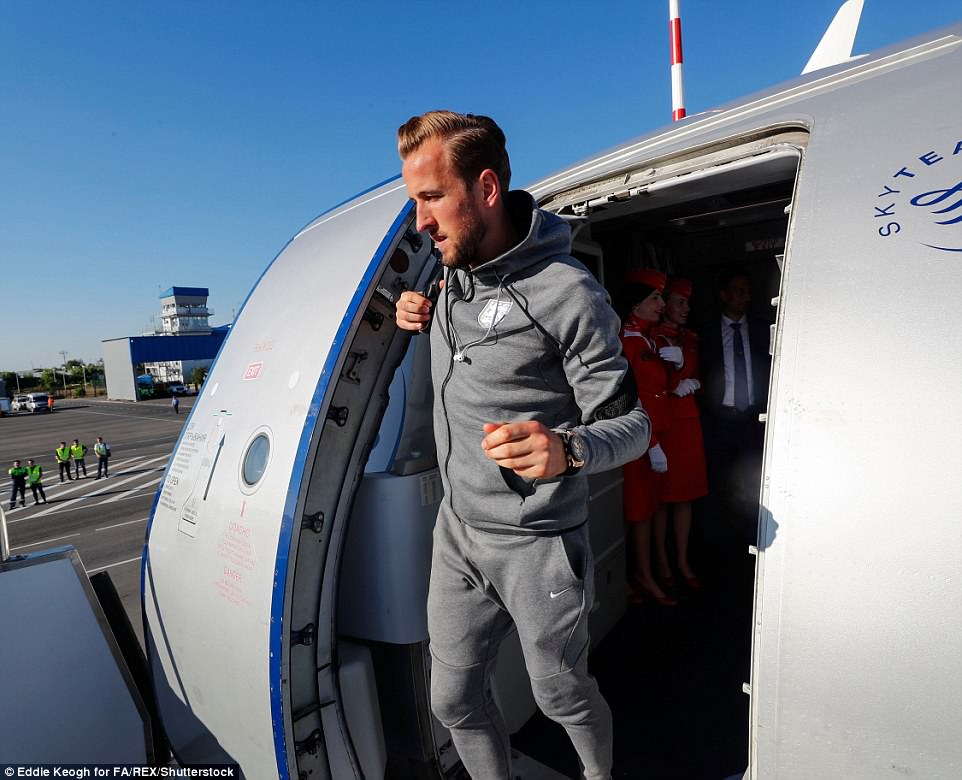 At the Fifa fan fest on the banks of the river Volga, in the city more than 500 miles from Moscow, pockets of support queued up at the bar before watching Argentina play Iceland on the huge screen under the hot sun.

Among them was Chris Clarke, from Springhill Terrace in Rugeley, Staffordshire, who flew in via Moscow.

The 48-year-old said: ‘I was a bit worried about what it was going got be like, but soon realised it’s an amazing place.

‘It’s so clean, so friendly and everyone is really polite. Everyone’s coming up to me asking me where I’m from. I’ve seen about 10 England fans, there’s more Russians in England shirts. 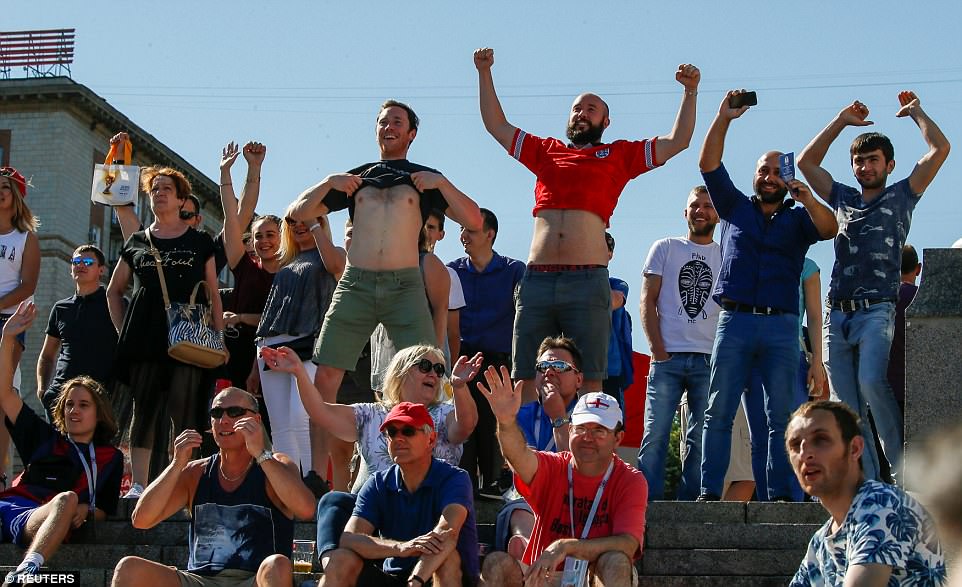 Get the party started! England fans are getting celebrations underway already and are said to have been greeted ‘warmly’ by locals 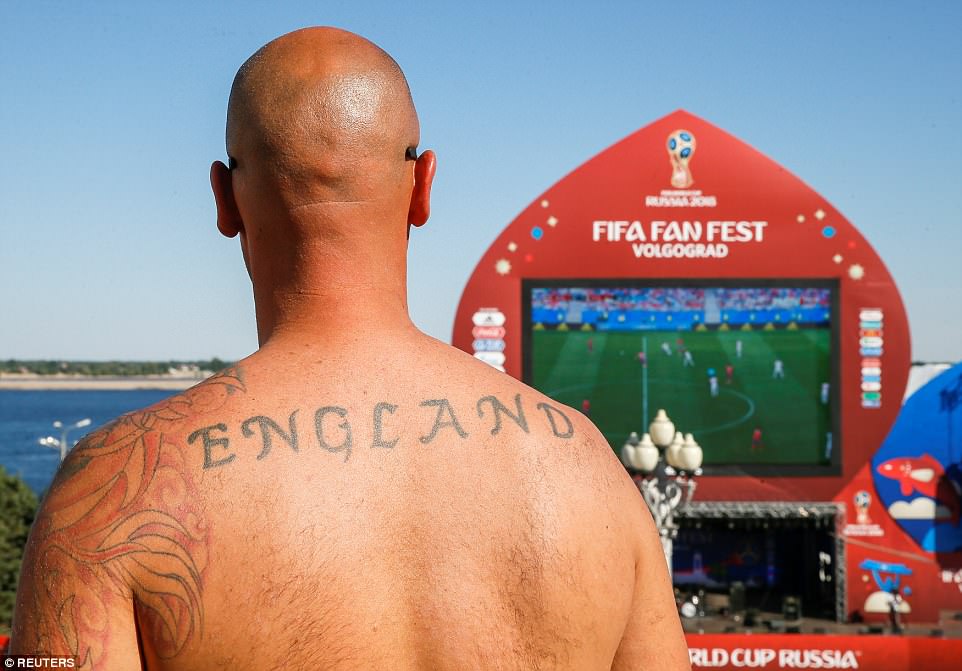 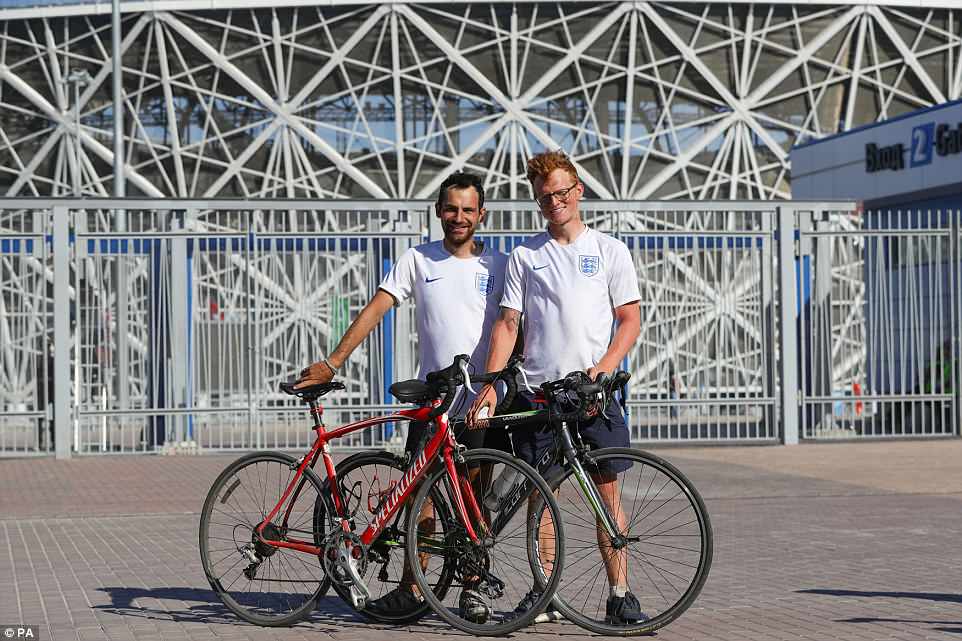 Jamie Marriott 28 and Mitchell Jones 24 arrived at the Volgograd Arena in Volgograd today. The pair cycled all the way from England for the tournament 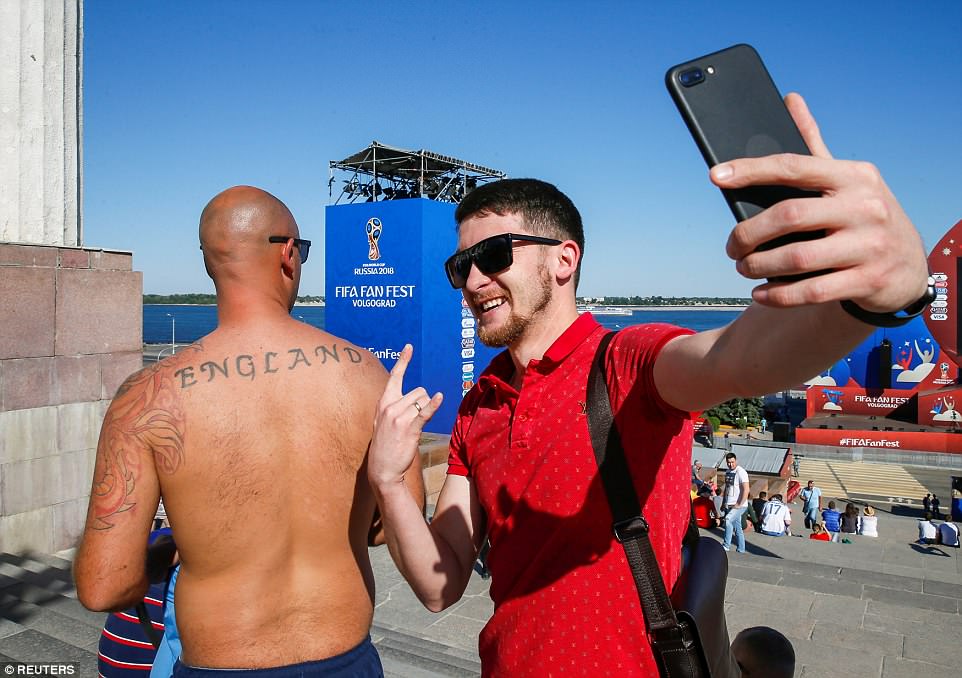 ‘Yesterday I wasn’t wearing my England shirt and no one came to me – today everyone is coming to me and welcoming me to Russia.’

Mr Clarke said he was in Marseille during the European Championships in 2016, and was concerned there may be a repeat of the violence which marred the tournament.

Asked if he was nervous to wear his replica shirt, he said: ‘Yesterday yes, today not at all – straight on this morning. 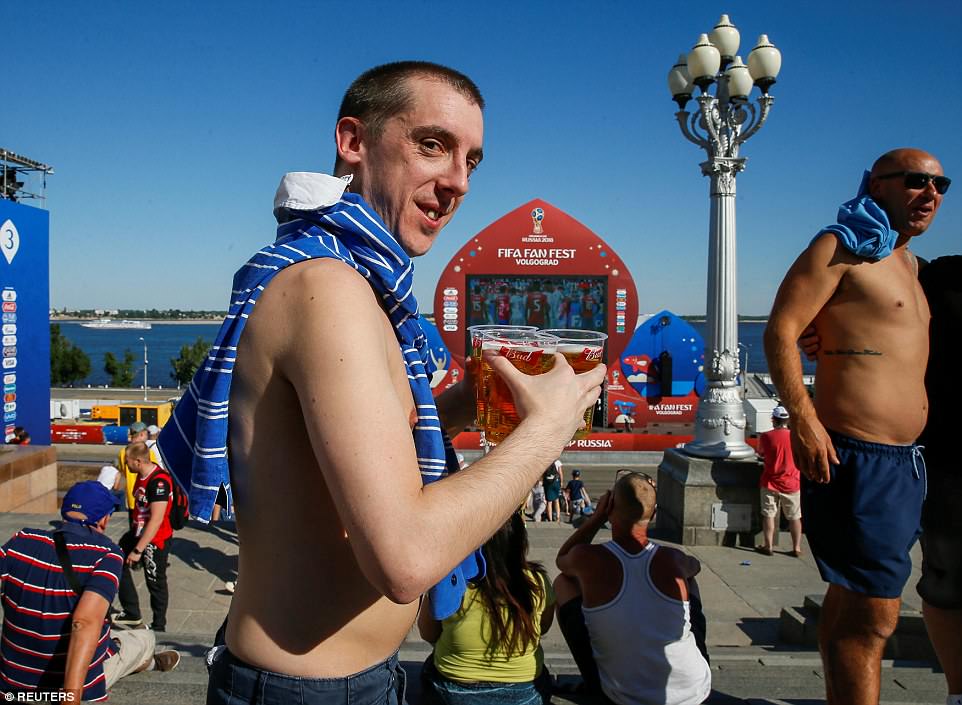 ‘I was in Marseille – it wasn’t good at all.

‘But I’ve spoken to Russians in the last two years and they’ve said that’s not what Russia is like.

‘And I believe them.’

Southgate has already told his group of players what tomorrow’s starting line-up will be.

‘I think that’s helpful that everything’s settled,’ he said. ‘They know their jobs.

‘The guys who aren’t in the team are prepared and have trained well. They become a key part of what we do now.

‘We only progress as a collective. That’s been the mentality from the day we started and will go right through the tournament.’

Mr Barnes, of Hendra Vale, in Launceston, said he was a ‘little bit’ concerned about reports of potential violence.

But he said: ‘We travelled over not wearing our colours, but everyone else is so we thought why not.

‘We just want to represent our country.

‘The excitement is a lot greater than the anticipation.’

As for the football, both men said they hoped England would reach a quarter final.