ANKARA (Reuters) – Turkey and Libya can carry out joint exploration operations in the eastern Mediterranean after the two sides signed a deal on maritime boundaries, Turkish President Tayyip Erdogan said on Monday after the move sharpened disputes over the area. 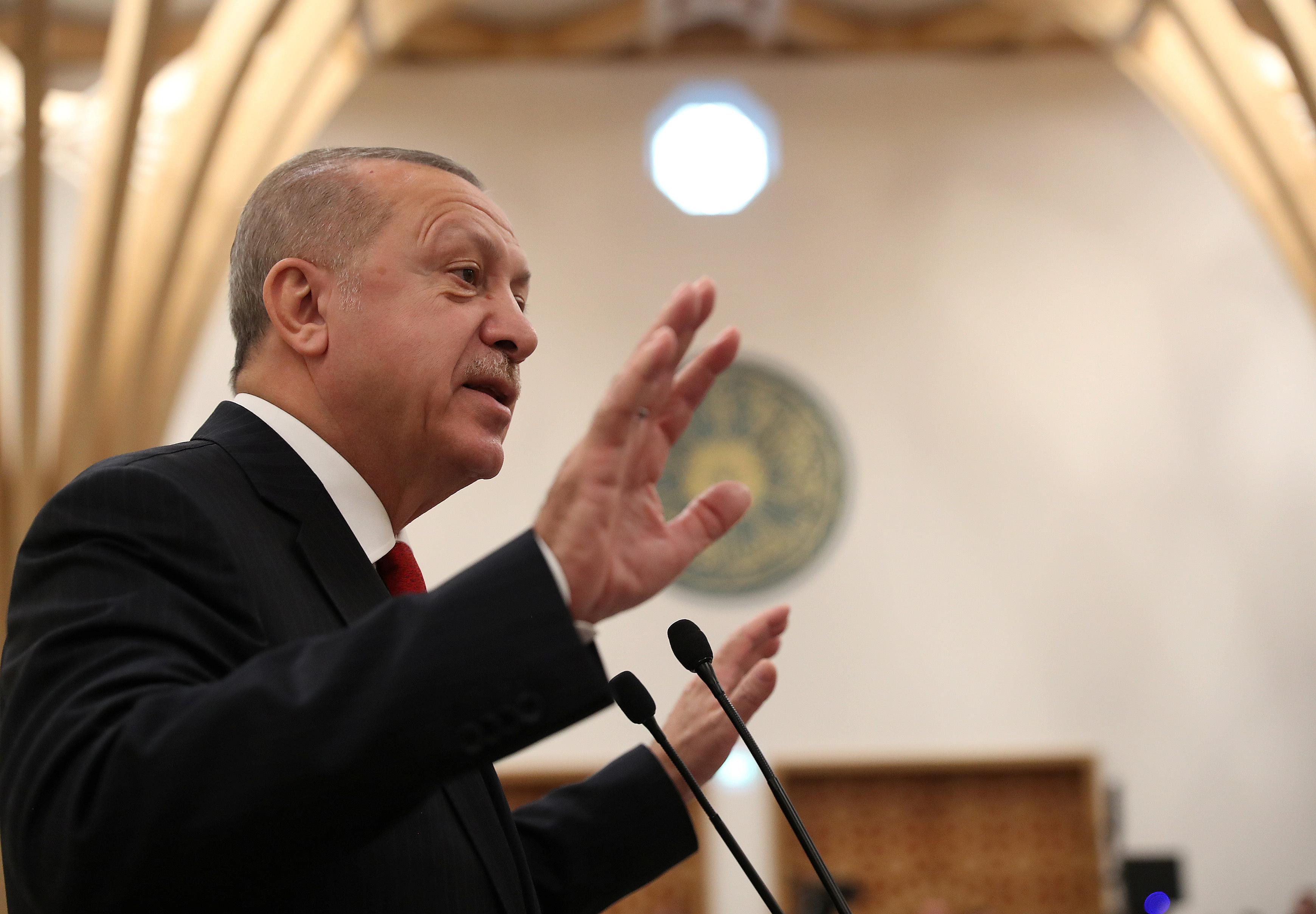 Libya’s internationally recognised government and Turkey clinched the natural gas drilling accord last month in a step Ankara said aimed to defend its rights in the region, but that has infuriated Greece.

Tensions were already running high between Greece and Turkey because of Turkish gas explorations in the eastern Mediterranean off the coast of the divided island of Cyprus. The European Union has readied sanctions against Turkey in response.

Speaking in an interview with state broadcaster TRT Haber, Erdogan said the accord would also allow Turkey to carry out drilling on Libya’s continental shelf with Tripoli’s approval, and that the deal was in line with international law.

The area where Turkey and Libya have drawn their maritime borders in the accord is not far south of the large Greek island of Crete.

“With this new agreement between Turkey and Libya, we can hold joint exploration operations in these exclusive economic zones that we determined. There is no problem,” Erdogan said.

“Other international actors cannot carry out exploration operations in these areas Turkey drew (up) with this accord without getting permission. Greek Cyprus, Egypt, Greece and Israel cannot establish a gas transmission line without first getting permission from Turkey,” he said.

Greece and Turkey are at odds over a host of issues, ranging from mineral rights in the Aegean Sea to Cyprus, which is divided into a breakaway Turkish republic in the north and the Greek-speaking Republic of Cyprus, an EU member state, in the south. Greece does not recognise the north of Cyprus.

Aside from the maritime accord, Turkey and Libya also signed an expanded security and military cooperation agreement.

Erdogan said the military accord granted Turkey the right to deploy troops in Libya if the Tripoli government so asked, and added this would not violate a United Nations arms embargo on Libya, which is plagued by factional conflict.

“In the event of such a call coming, it is Turkey’s decision what kind of initiative it will take here. We will not seek the permission of anyone on this,” he said.