ISTANBUL (Reuters) – President Tayyip Erdogan’s losses in local elections have dented investors’ hopes that Turkey will adopt painful reforms they say are needed to stabilize the economy as he moves to shore up his political base. 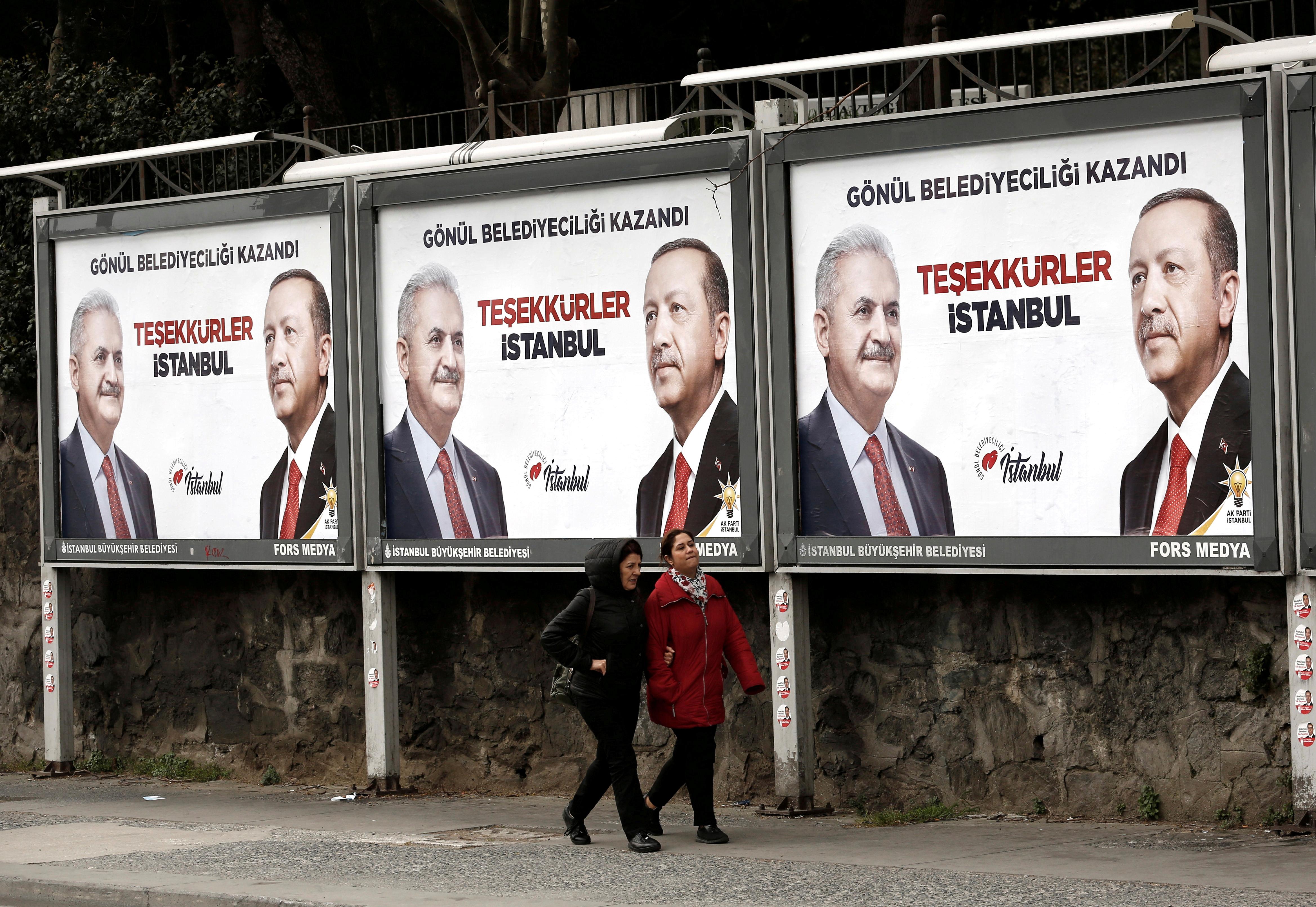 Erdogan’s Islamist-rooted AK Party (AKP), in power nationally since 2002, lost control of the capital Ankara and the business hub Istanbul in the March 31 polls, initial results showed. The AKP has demanded recounts in both cities.

Turkish Finance Minister Berat Albayrak, who is Erdogan’s son-in-law, is expected this week to announce to jittery foreign investors the structural reforms he hopes will revive an economy plagued by high inflation and a fragile currency. State-owned Anadolu news agency said the announcement would be on Wednesday.

After a currency crisis last year that saw the lira lose nearly 30 percent of its value, economists say Turkey needs to make long-term commitments to increase exports, relieve debt-laden companies and free up the central bank to do its job.

Erdogan, who campaigned hard ahead of the vote, said on election night the AKP would now refocus on the economy.

But many analysts are skeptical about the chances for a comprehensive reform plan, especially after the elections, and fear the AKP will opt instead for short-term stimulus measures that fail to tackle, and may even exacerbate, deeper weaknesses.

“The AKP base want more pro-growth measures, they want more fiscal measures, they want lower inflation. It is exactly what they (the AKP) did before the elections and it will have to continue if (Erdogan) wants to remain popular,” said Guillaume Tresca, senior emerging markets strategist at Credit Agricole.

“I would not expect concrete reforms, it will be just words.”

At the heart of Turkey’s economic malaise is years of cheap foreign funding that drove a construction-driven boom. Once the lira collapsed, firms could not pay off debts and that exposed their lenders and employees to default and bankruptcy.

As the economy tipped into recession last year, the lira stabilized and inflation dipped a bit from a 15-year high of 25 percent, offering some relief.

But a series of ad hoc measures have stoked investors’ concerns that Turkey is not fully committed to letting its currency float freely or to allowing the central bank to keep interest rates high – at 24 percent since September – for as long as needed to bring inflation down from 20 percent.

To help hard-pressed Turks this year, the government launched discount fruit and vegetable stands and extended tax cuts on some goods. To tackle a lira meltdown last month, it ordered banks to choke off lira funding to a London foreign-exchange market and tapped into central bank reserves.

“It looks like the Erdogan instinct is to survive,” said Nihat Bulent Gultekin, a former Turkish central bank governor and now a professor at the University of Pennsylvania.

“I don’t think they have any long-term objectives. It would require a constant focus on the economy for an extended period of time.”

Albayrak has given few details of the coming reforms, saying only that they would address a wide range of issues.

The lira has settled down in recent days after its pre-election volatility and analysts say Albayrak’s reforms will help determine whether volatility returns.

Moody’s said “the credibility and effectiveness” of reforms will be key to Turkey’s credit profile, which the ratings agency downgraded in August. “There is a risk that the government will embark on even more expensive stimulus programs as it begins to recognize the extent of the economic downturn,” it said.

Investors and economists say Ankara needs a plan to recapitalize banks dealing with corporate restructuring and non-performing loans, which could more than double this year.

It should also boost competitive export sectors such as auto and textile manufacturing in order to lower its annual current account deficit, which leaves the economy reliant on speculative foreign inflows, they say.

“We need to provide the right training and the right subsidies to the right sectors,” Selva Demiralp, professor at Istanbul’s Koc University. The reforms would take time and “there will be a price to pay because when the production structure is changing some people will be unemployed,” she said.

That may be hard to swallow for Erdogan and Turks in general who would not welcome a recession that lasts beyond the second half of 2019, when economists currently expect a return to growth. Unemployment has already risen above 13 percent.

Although an unlikely option for Erdogan, who has repeatedly said Turkey does not need the International Monetary Fund, Matys of Rabobank said the reforms should ideally be overseen by the IMF to restore investor confidence.

“A PowerPoint presentation (by Albayrak) with slides claiming that the economy is rebalancing quickly and a few bullet points may not prove sufficient to restore confidence among investors,” he said.