Estate agent, 27, caught doing 72mph in 40mph zone in her BMW when she was late for work avoids speeding ban Nicola Robinson, 27, was clocked doing 72mph in a 40mph zone

An estate agent caught doing 72mph in a 40mph zone has escaped a road ban after she blamed her driving on being late for work.

Nicola Robinson, 27, was clocked at nearly twice the legal limit as she sped through Manchester city centre in her red BMW 116i Sport.

The senior sales negotiator for estate agents Jordan Fishwick was travelling from her parents’ luxury barn conversion in Bolton.

She had faced a possible disqualification of up to 56 days under rules targeting drivers who travel at 45 per cent above the limit.

But at Manchester magistrates court Miss Robinson, who has a clean driving record in ten years of motoring, escaped with six penalty points after telling JPs a ban could mean her losing her job and not being able to pay rent to her parents.

She admitted speeding but urged the court not to ban her adding: ‘I will never do it again – all of my life I have been an estate agent and I don’t know what else I would do.’

She also said she had installed a ‘speed limiter’ in her BMW allowing her to set a maximum speed she can travel at.

The incident occurred on July 13 last year when Miss Robinson was flashed by a camera on the A6 Broad Street in Salford as she was driving into work for an afternoon shift.

The court heard she was brought before JPs due to the speed she was travelling at. 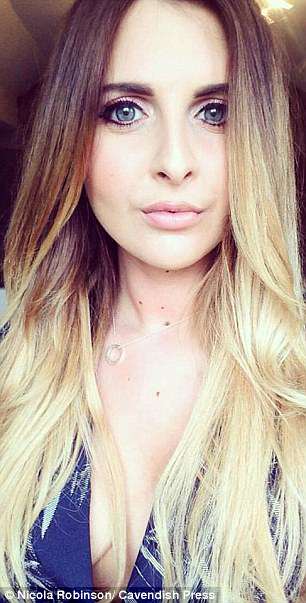 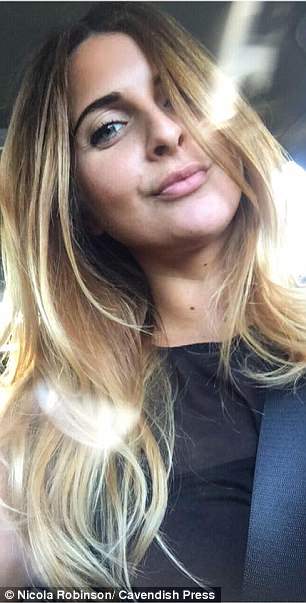 Miss Robinson, of Bolton, was speeding at nearly twice the legal limit as she sped through Manchester city centre in her red BMW 116i Sport

Giving evidence Miss Robinson told the court: ‘It is out of character. There is no explanation for what I did. It was on the A6 going into Manchester.

‘I have not sped since then. I have a limiter on my car that stops me going over the speed limit, I have been using that.

‘I have been an estate agent for five and a half years. I need my car to drive for work. I will lose my job. I drive to viewings and take clients to various properties. This is a significant part of my job. I go to seven or eight viewings on a given day.

‘If I lost the job, I could not pay rent to my parents. I live at home and they need the money. I know my actions are inexcusable. The BMW is my car and I drive a separate company car. It was lunch time. I was driving into work and I was late. I was starting on a half-day – I know that it’s not an excuse.’ 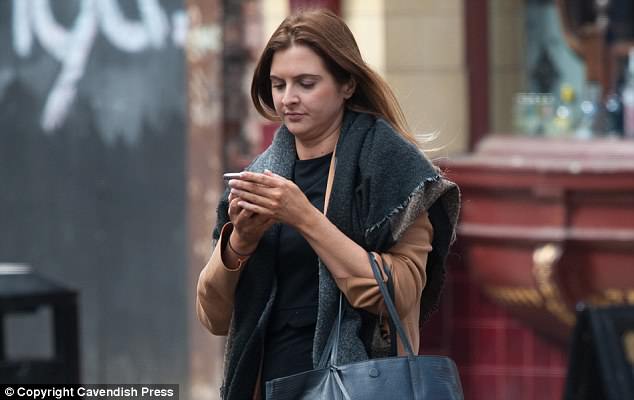 Miss Robinson, seen her leaving Manchester Magistrates Court, escaped with six penalty points after telling JPs a ban could mean her losing her job and not being able to pay her rent 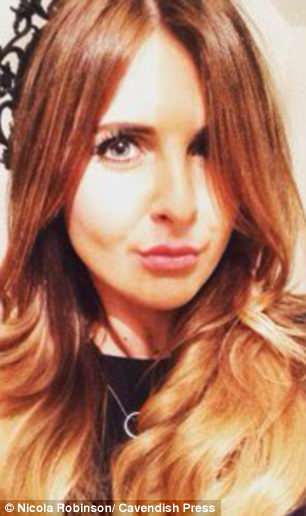 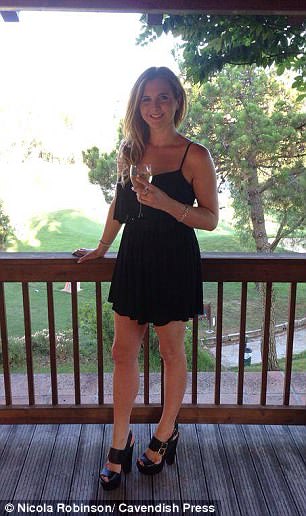 Giving evidence in court Miss Robinson said the speeding was ‘out of character’ and vowed never to do it again, saying she had installed a speed limiter in her car

Earlier defence lawyer James Street said the plea was not one of ‘exceptional hardship but mitigation’ and added: ‘She is well is aware this is a clear excess of speed. She had a clean diving license and has been driving for ten years.

‘That stretch of road has a number of varying speed limits. I’ve put her in the witness box so she can help explain the circumstances.’

Miss Robinson was fined £400 and ordered to pay £125 in costs. Magistrate Wallen Matthie told her: ‘You need to be careful when you drive, and certainly by not doing 70mph in a 40mph zone. We are not going to disqualify you – but you could, however, have been easily been disqualified.’

According to her LinkedIn page Miss Robinson attended the independent Bolton School where fees are £11,976 a year before being awarded business and marketing degree at Durham Business School. She joined Jordan Fishwick in February 2014.

Road safety campaign group Think say in 2013, 3,064 people were killed or seriously injured in crashes where speed was a factor. The risk of death is approximately four times higher when a pedestrian is hit at 40mph than at 30mph.