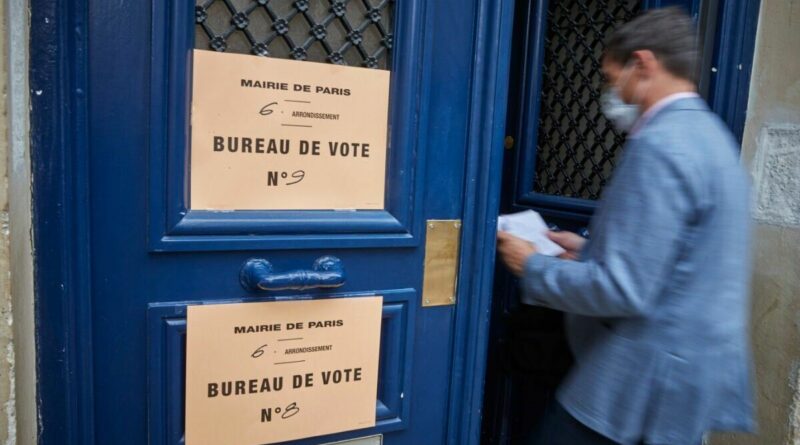 The ECJ’s ruling on Thursday came following a case brought to Luxembourg involving a British national, known as EP, who is married to a French citizen and has been living on the other side of the Channel since 1984. EP never applied for French citizenship and realised she had been taken off the electoral roll just weeks before municipal elections were held in March 2020.

EP then filed an application to be re-registered on the French electoral roll in October 2020.

However, according to EuroNews, her application was denied by the mayor of Thoux.

EP proceeded to take the matter to court.

She claimed she was now no longer eligible to vote or stand in local elections anywhere.

As a British national living abroad for more than 15 years, EP also relinquished her right to participate in UK elections.

In a press release, the ECJ said: “Since United Kingdom nationals have been, as from February 1, 2020, nationals of a third State, they lost the status of citizen of the Union as from that date.

“Accordingly, they no longer enjoy the right to vote and to stand as a candidate in municipal elections in their Member State of residence.

“This is an automatic consequence of the sole sovereign decision taken by the United Kingdom to withdraw from the European Union.”

However, changes to election rules in the UK have also been introduced since Britain left the bloc.

Changes approved in the Elections Act 2022 will alter voting rights in England and Northern Ireland.

However, these changes are only expected to be put in place in 2024.

In a report about who can stand in UK elections, the House of Commons Library said: “Most EU citizens will no longer automatically be able to register to vote, vote, and stand for election.”

EU citizens with retained rights who were resident in the UK before 2021 and qualifying citizens from member states which sign reciprocal agreements and who have leave to remain will also have some access in Britain’s democratic process.

Residents from Cyprus and Malta will retain even more voting rights due to Nicosia and Valletta’s Commonwealth connection.

Section 6 of the Elections Act 2022 also stipulates Irish citizens have full voting rights in the UK.

Foreign nationals have been granted the right to stand in local elections in Scotland after MSPs backed “important” new legislation.

The Bill allows all nationals of Luxembourg, Poland, Portugal and Spain the opportunity to stand in council elections, with ministers being granted power to add to the list of countries with the arrangement using regulations.