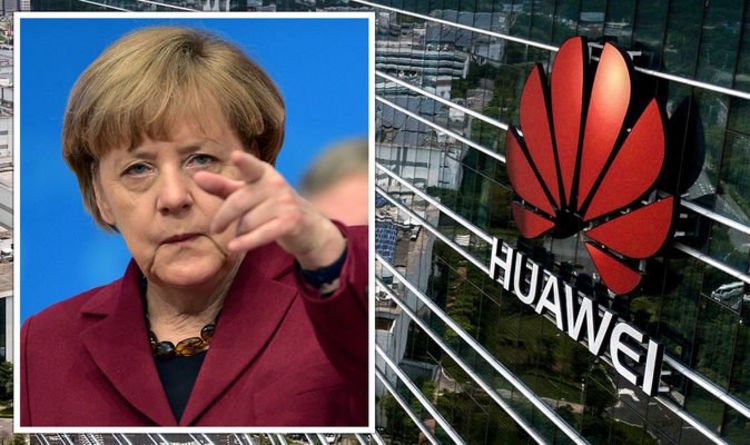 Earlier this year, the German Bundesrat passed the IT-Security Law to gain greater control for cybersecurity in a blow to Chinese firm Huawei. It requires telecoms operators to notify the German government if they sign contracts for critical 5G components and gives them powers to block those proposals. Berlin became the last of the big EU economies to regulate the 5G sector over fears of alienating Beijing and its handling of 5G.

The German approach to Huawei largely followed the guidelines the EU laid out in its Toolbox and risk assessment report for cybersecurity of 5G networks which was designed to mitigate potential risks in the European 5G rollout.

And while most EU countries are following guidelines, not all of them appear to be falling in line.

But France’s major telecom operator, Orange, has announced that it will continue to cooperate with Huawei in Africa’s 5G rollout.

“They’ve invested in Africa while the European vendors have been hesitating.”

Orange says it will avoid using equipment from Chinese vendors including Huawei when developing Europe’s 5G networks, opting for suppliers such as Ericsson and Nokia instead.

Other countries have taken an even softer approach.

Spain has been cautious not to explicitly ban Huawei, as Prime Minister Pedro Sanchez is said to be “a strong advocate of Chinese technology companies opening projects and investments”.

Instead, it took a “neutral and independent” approach that is relying on bureaucratic procedures rather than political evaluations.

The decision whether or not to allow the Chinese company to enter the 5G market will depend solely on the level of risk assessed by experts.

The Spanish government will also draft a list of “safe” mobile technology suppliers for the future local 5G mobile network, to avoid issuing an explicit ban against Chinese giant Huawei.

Despite this, Telefonica Spain is reported to have selected Nokia and Ericsson for its standalone (SA) 5G network.

Other countries are even more hesitant to pass laws that would keep Huawei at bay, including Portugal, Luxembourg, and Austria.

Earlier this month, A1 Telekom Austria Group said it was open to considering Chinese vendors such as Huawei for upcoming 5G networks in several countries.

The UK decided to limit Huawei’s position within the nation’s 5G networks in January 2020, citing fears over national security.

However, by July, it had increased these measures to a full phase-out of Huawei equipment by 2027.

Huawei, which has its European headquarters in Germany, has received EU innovation funding on multiple occasions, which has sparked criticism in the European Parliament.

The core issue with Huawei has been concerning its links with the Chinese government and fears that its equipment could be used for spying, a claim which the company has refuted numerous times.

It’s the reason why, in 2012, the US banned companies from using Huawei networking equipment and why the company was added to the US Department of Commerce’s Bureau of Industry and Security Entity List in May 2019.