Britain and the EU are ‘very close’ to doing a Brexit deal despite bitter tensions over the Irish border, it was claimed today.

Diplomats in Brussels have raised hopes of a breakthrough on the divorce package within weeks.

After talks with EU council chief Donald Tusk last night, Irish PM Leo Varadkar said there was a ‘good opportunity’ to seal an agreement by a crucial summit later this month.

And officials told reporters in the Belgian capital that a settlement of the first phase of talks was ‘very close’. 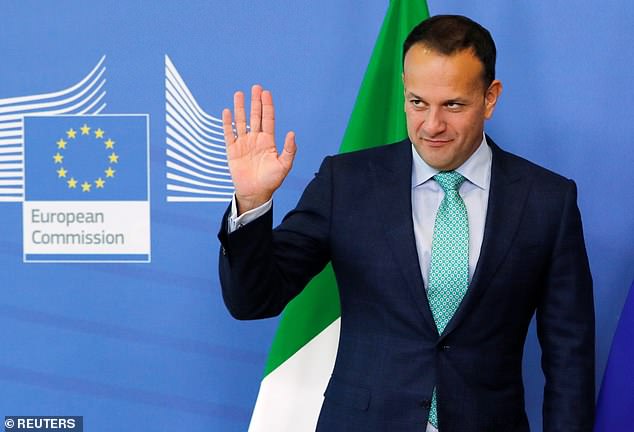 After talks with EU council chief Donald Tusk last night, Irish PM Leo Varadkar (pictured) said there was a ‘good opportunity’ to seal an agreement by a crucial summit later this month 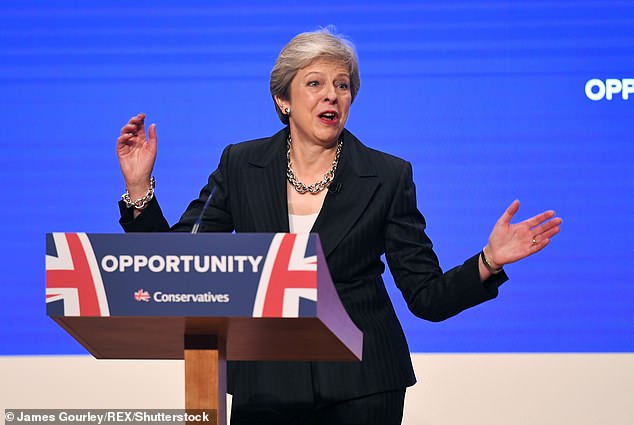 The positive signs come as Theresa May prepares to publish revamped proposals for a ‘backstop’ to prevent a hard border between Northern Ireland and the Republic.

There are expected to be concessions on how regulations can be enforced – but the PM will hold the line that Northern Ireland cannot be split from the rest of the UK’s customs jurisdiction.

However, it is far from clear whether Mrs May will be able to win approval for her new plan at home – with her DUP allies warning they have ‘blood red’ lines against extra checks of any kind within the UK.

There is also still little sign of agreement on a wider trade deal, after the EU rejected Mrs May’s Chequers proposals for close ties.

‘What I do know is that we need a backstop, a protocol on Ireland and Northern Ireland as part of a withdrawal agreement,’ he said.

‘I think we are entering a critical and decisive stage of these negotiations and there is a good opportunity to clinch a deal over the next couple of weeks.’

He said the EU’s proposal for an enhanced version of the free trade deal it negotiated with Canada – sometimes referred to as ‘Canada+++’ – was still on the table.

The intervention seemed designed to cause trouble for Mrs May – who has been fighting off demands from Tory Brexiteers to pursue such a package.

However, the EU says a Canada-style deal can only happen if Northern Ireland stays in its customs jurisdiction. Mrs May has insisted no UK Prime Minister could ever agree to such terms. 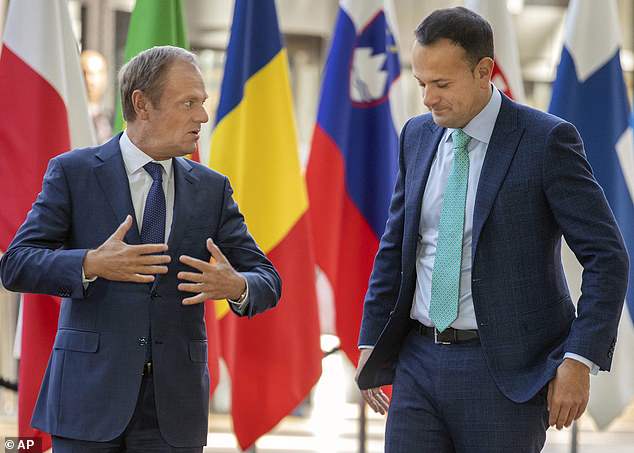 Mr Tusk said: ‘Let me make this clear: the EU wants a relationship with the UK that is as close and special as possible.

‘From the very beginning, the EU offer has been not just a Canada deal, but a Canada+++ deal.

‘Much further-reaching on trade, on internal security and on foreign policy cooperation. This is a true measure of respect.

‘And this offer remains in place. The EU is serious about getting the best possible deal. Even though we haven’t changed our minds that the consequences of Brexit will be negative, for both sides.’

Former Brexit secretary David Davis, who quit over Chequers, said: ‘This shows clearly that No 10’s claim that ‘there is no alternative to Chequers’ is just wrong.

‘We could easily switch strategies to Canada+++ and deliver an outcome that is good for the UK, acceptable to Parliament, and negotiable with Brussels.’