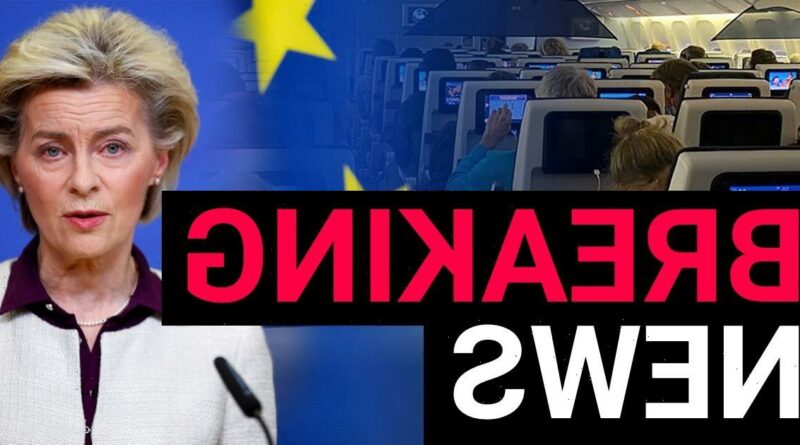 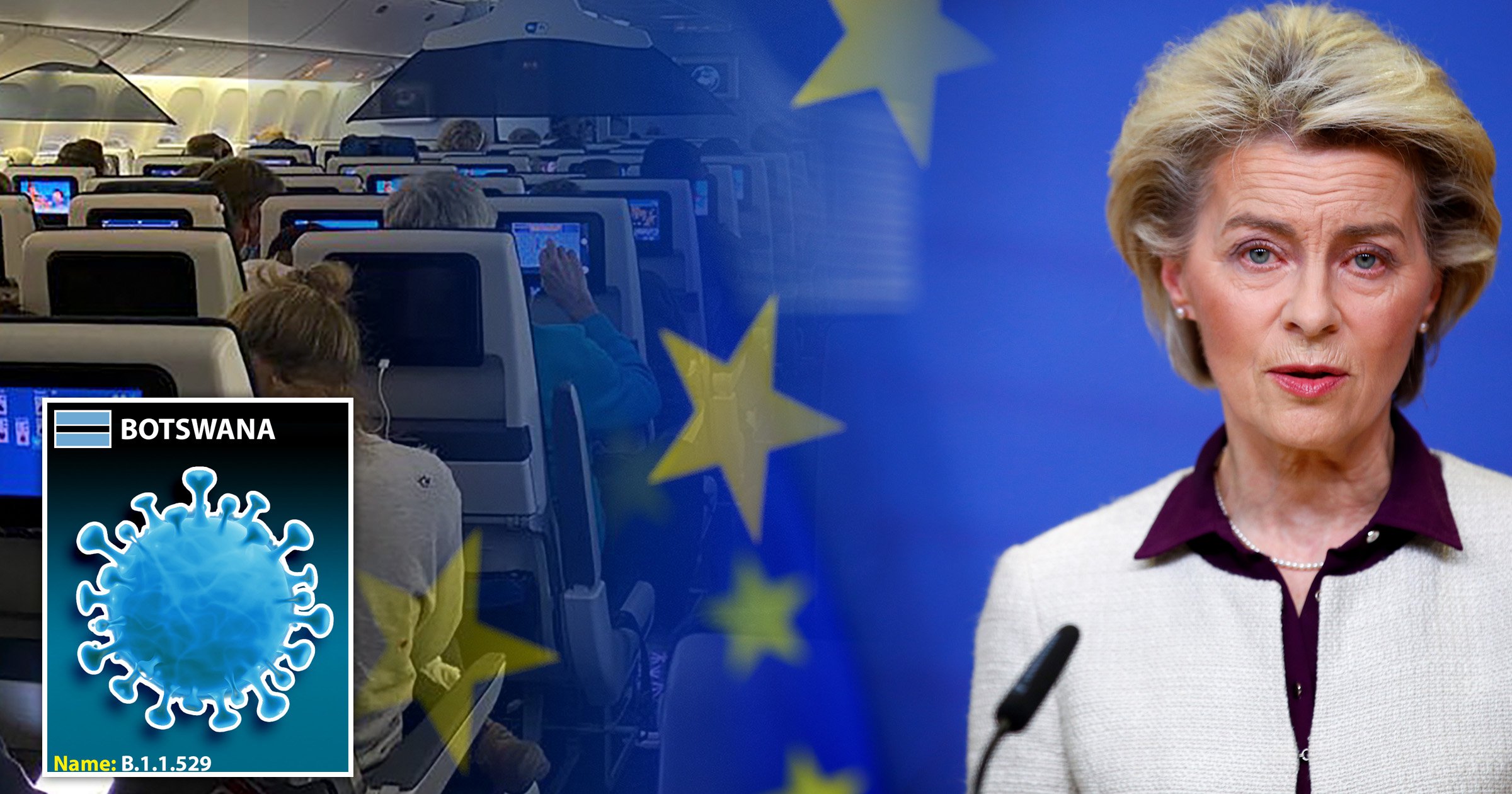 The EU has called for an ’emergency break’ on travel from countries affected by the spread of a new highly infectious Covid variant.

President of the European Commission, Ursula von der Leyen, said it is important that Europe acts ‘swiftly and decisively’ in the face of the new mutation.

TheB.1.1.529 strain, which originated in Botswana, has been dubbed the ‘worst yet’ due to its resistance to antibodies.

On Friday, Belgium became the first European Union country to announce a case of the variant, which has also been identified in other places including South Africa, Botswana, Hong Kong and Israel.

Ms von der Leyen said: ‘The European Commission has today proposed to member states to activate the emergency brake on travel from countries in southern Africa and other counties affected to limit the spread of the new variant.’

She said travel should be suspended until we have a ‘clear understanding’ of the danger posed.

‘It depends on all of us as citizens to contribute to better control of the pandemic.’

The UK Government has already added South Africa, Botswana, Lesotho, Eswatini, Zimbabwe and Namibia to the travel red list due to the new strain.

It means passengers arriving from these countries from 4am on Sunday will be required to book and pay for a Government-approved hotel quarantine for 10 days.

Health Secretary Sajid Javid said the variant had sparked ‘huge international concern’ and had likely spread to many other countries.

Earlier, he told the Commons that more countries could be added to the red list, saying: ‘We are keeping this under review and there’s very live discussions going on about whether we should and when we might add further countries, and we won’t hesitate to act if we need to do so.’

Dr Susan Hopkins, chief medical adviser of the UK Health Security Agency (UKHSA), said scientists are very concerned about the new variant, though no cases have been detected in the UK.

She told the Today programme that the new variant had around ’30 different mutations’ – double that of the Delta variant which emerged in India in late 2020.

‘It’s a highly complex mutation, there’s also new ones that we have never seen before.’

She said the variant was the ‘most worrying’ seen by scientists but much was still unknown.

South African scientists raised the alarm over the variant this week following a dramatic rise in cases in some regions.

‘What we’re seeing in South Africa is that they were at a very, very low point with very low amount of cases being detected a day,’ Dr Hopkins said.

‘In a shorter period than two weeks, they have more than doubled their epidemiology picture, they are saying that the transmission rates, the R value that they have in Gauteng – around where this was first found – is now 2, which is really quite high.

‘We haven’t seen levels of transmission like that since right back at the beginning of the pandemic… so that would cause a major problem if you had that high transmission with this type of virus in a population where it may evade the immune responses that are already there.’

She said South Africa was not a highly vaccinated population but it was ‘highly immune’due to prior infection.

Work is continuing to see whether the new variant may be causing new infection in people who have already had coronavirus or a vaccine, or whether waning immunity may be playing a role.

Asked if the variant may already be in the UK, she said: ‘Well, it’s always possible. We have no cases identified whatsoever yet, nothing in our genome sequencing… so overall, I think the situation is reassuring in-country, but of course, people are arriving every day.’

Other countries including Germany, Italy, France, Israel and Singapore have also restricted travel over the variant.

A fourth wave of Covid-19 is already hitting the 27-nation EU especially badly, with governments scrambling to tighten restrictions in an attempt to contain the spread.