A EuroMillions winner who scooped the £115million jackpot with her 54-year-old husband has saved her sister’s home.

Patrick and Frances Connolly, who rent a £115,000 end-of-terrace home in Moira, County Armagh, became the fourth biggest lottery winners in UK history when they snagged the prize on New Year’s Day.

Now the couple- who have already drawn up a list of 50 people they will share the money with- have splashed the cash to save the home owned by Mrs Connolly’s sister, Sharon Bordessa. 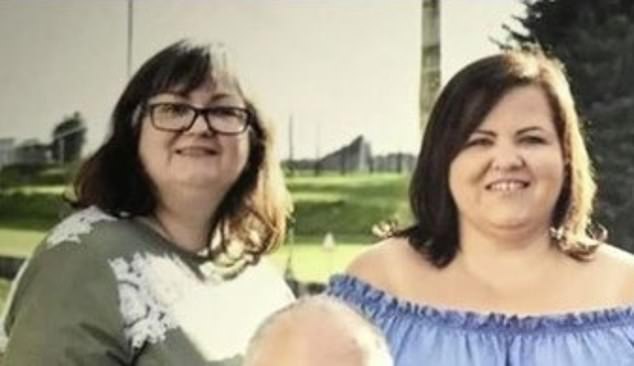 Frances Connolly (pictured left) with her sister Sharon Bordessa, who put her house on the market and moved in to care for her late mother Kathleen in 2017 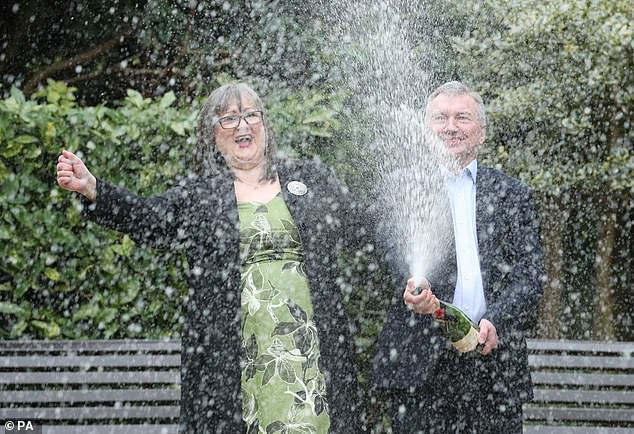 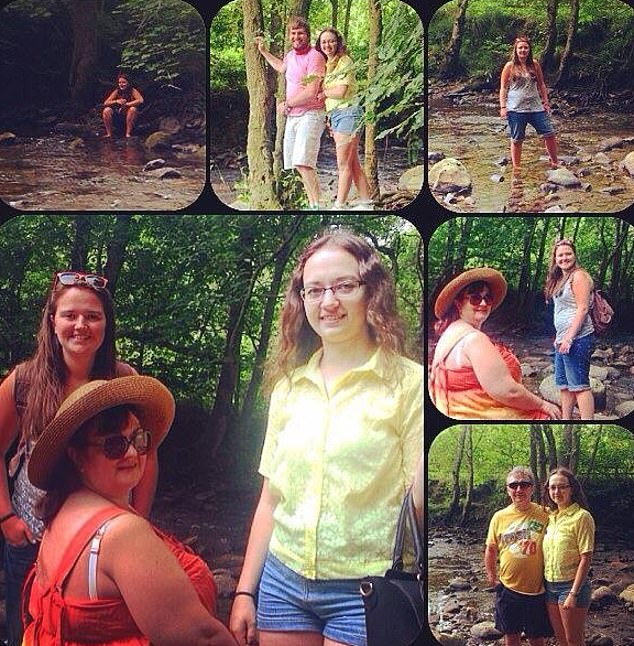 The Connollys are pictured on a family holiday five years ago. Mr and Mrs Connolly have already drawn up a list of 50 people they will share the money with, including their three daughters, 30-year-old Katrina and twins Fiona and Natalie, both 24

Mrs Connolly’s sister put her house on the market when she moved in to care for her late mother Kathleen in 2017.

The property was due to be completed in the coming weeks when she received a phone call from her sister, who stepped in to stop the sale.

She told BBC Radio Foyle:  ‘I just found out on Thursday morning’

‘Frances phoned me and said ‘are you sitting down?’ 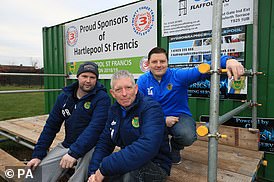 The secretary of a community football club said ‘it feels like we’ve won the lottery too’ after £115 million EuroMillions winner Frances Connolly said she planned to help with its finances.

Trevor Robinson succeeded Mrs Connolly as club secretary at the Hartlepool St Francis club, which runs a series of teams for boys and girls in the north-east town.

He said he could not believe it when the new multi-millionaire announced at a press conference in Northern Ireland that she wanted to spend some of her vast winnings on the club she used to work with.

Mr Robinson said he had no idea how much money Mrs Connolly and her husband, Patrick, were planning to give but added that there was plenty of scope to spend it.

He said the 11 teams, which span ages from six-year-olds to 13-year-olds, currently change in temporary accommodation and the club is hoping to raise £400,000 to build a clubhouse.

Mr Robinson said a new clubhouse would be a community hub as well as a facility for the teams who play at Rossmere Park in the town.

He added: ‘I’m overwhelmed. It feels like we’ve won the lottery too. It’s mad.

‘We’ve grown from three teams to eleven and we’ve got girls involved too, so we’re getting bigger and bigger.

‘We’re more than just a football team, we’re part of the community.’

Mr Robinson said around 30 to 40 volunteers regularly help with everything from coaching to making tea.

‘The clubhouse is not just about the games, it would give families somewhere to go,’ he said.

‘She said she had some good news: ‘Me and Paddy have won the Euromillions and you don’t have to sell your house’

‘I don’t know if I believed her at first.

‘Our mum passed away a year ago but my children and I had moved from our home back to Frances’ family home, where she had been born, to live with mum.

‘Mummy wanted me to buy her home. I couldn’t do that until our house sold.’

Mr and Mrs Connolly have already drawn up a list of 50 people they will share the money with, including their three daughters, 30-year-old Katrina and twins Fiona and Natalie, both 24, and their three grandchildren.

Their eldest daughter, who Frances, 52, had from a previous relationship but was brought up by her mother and stepfather Paddy, is expected to be made a millionaire.

Mr and Mrs Connolly previously told reporters in Belfast today they will make dozens of people they love rich – and none of them know they could soon be millionaires.

The mother-of-three said: ‘We celebrated with a hug and a cup of tea – then wrote a list of 50 friends and family we would share it with. There will be more added to the list, no doubt. The joy for us will be when we tell them all face-to-face’.

Teacher Mrs Connolly, who is off work with an injured leg, declared there is ‘no way I am joining the jet set’ and will shun a mansion for a bungalow ‘because I can’t walk up the stairs’ and buy a second-hand Jaguar to replace their Renault Laguna.

She said: ‘I always hoped we would win one day – never in my wildest dreams did I think we would ever win almost £115million. All the time we’ve been doing the National Lottery I don’t think we’ve got three tenners. We won £2.60 the week before. We’re chuffed to bits’.

And when asked if she fears for their safety or being targeted by people begging for money she added: ‘I’ve never met anyone I couldn’t take down myself’.

The teacher had ‘nagged’ her husband ‘Paddy’ to buy a ‘Lucky Dip’ ticket on New Year’s Day – but he was convinced it was a scam when he furiously checked the winning numbers online that night and they had to wait until 8am on January 2 to confirm it with Camelot.

Mr Connolly, 54, who plans to retire as an operations manager, will shower his wife with gifts – one for each of the 28 years they have been happily married – adding the win is ‘the icing on the cake’ for the happy life they’ve had.

He said: ‘We’ll get the nice cars and travel the world, not doubt. So yes, we’re looking forward to the next few years’.

Who is the biggest ever UK lottery winner? Two couples and a former car mechanic top list

The couple, who have been married for 30 years, said they were ‘not scared’ of the wealth because they were going to have ‘so much fun’ with the money.

The pair, a retired TV cameraman and a retired psychiatric nurse, from Largs, in Ayrshire, said their children Carly, a photography student, and Jamie, a call centre worker, would be bought their own homes and cars.

The family made a £1million donation to the SNP shortly after winning.

The marriage ended just 15 months into their new jackpot winning lives, citing the stress of the money as the reason they needed to split.

At the time, a spokesman for Mrs Bayford said: ‘Gillian Bayford confirms that her marriage to Adrian has broken down irretrievably and they have separated.’

It came after Mrs Bayford was forced to deny she had an affair with the couple’s gardener, Chris Tovey.

Adrian and Gillian Bayford, from Suffolk, took home more than £148 million in August 2012

5. An unnamed ticket-holder claimed just over £113million in October 2010, and chose not go public.

Neighbours in Croydon described he and partner Nicky Ottaway moved out ‘almost overnight’ after they scooped the EuroMillions jackpot last March.

Mr Trotter admitted at the time that he was like his namesake, Del Boy Trotter from Only Fools And Horses.

7. A couple from Cambridgeshire, Dave and Angela Dawes, won more than £101million on their third go on the EuroMillions draw in October 2011.

Mr Dawes said he ‘didn’t sleep a wink’ the night of the win, as it was too late to call Camelot after the couple checked their numbers.

Last year, the couple were taken to court by his son, an Afghanistan veteran, Michael Dawes, 32, who said he was ‘ungenerous in spirit’.

But a judge ruled the millionaire father does not need to keep bailing out his son, who burnt through £1.6million in two years, and came back for more, failing to heed his stepmother’s advice to stop eating at the Ritz and go to McDonald’s instead.

Donald Trump says 'I am your law and order president'
Travel