Storm Gloria reportedly brought four months worth of rain in two days in parts of south-west France. Eight people have died as a result of the storm’s impact. 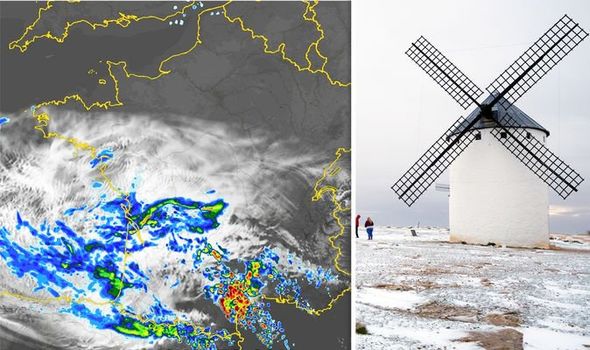 The storm first started on Monday and has since wrecked beach facilities, blocked roads, caused power cuts and created a surge of sea foam that submerged in Tossa Del Mar in Catalonia.

Beaches in Barcelona, Valencia and the Balearic Islands have seen major damage.

Port authorities in the Mediterranean said waves had reached 23ft, while Barcelona’s head of beach services, Dani Palacios, called the storm the worst since 2003 “and likely of this century”.

The UK Foreign Office had issued a weather warning for tourists in 13 areas of Spain on Monday. 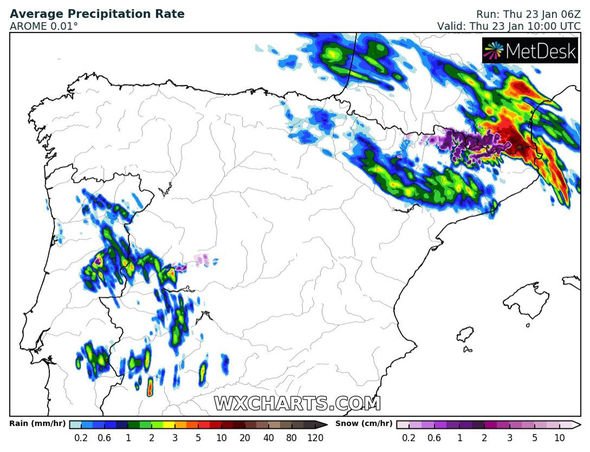 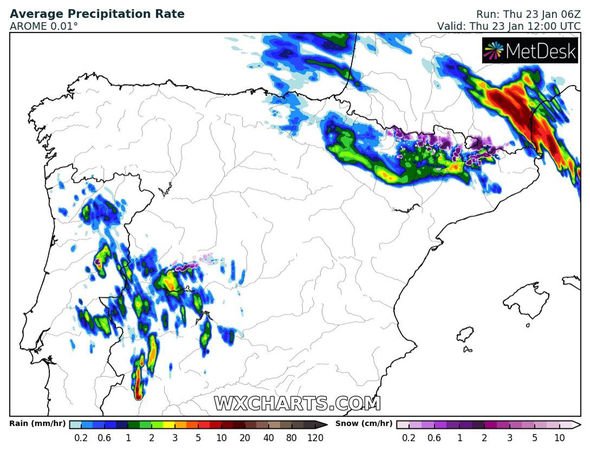 Alicante airport was forced to close due to snow, which fell even further north than Madrid.

In the Costa del Sol, light snow fell in Malaga.

While in Granada, Almeria and Jaen, orange warnings for snow were issued.

Forecasters predicted the storm would ease by Wednesday, but Gloria has arrived on the French coast, which has been placed on high alert.

WX Charts maps show the storm rolling north up to the French coast and westward towards the Atlantic, over the Pyrenees.

Extra police and firefighters have been deployed in the region.

The A9 motorway, which runs from the Spanish border up to Montpellier, has been closed on the French side of the border as a precautionary measure. 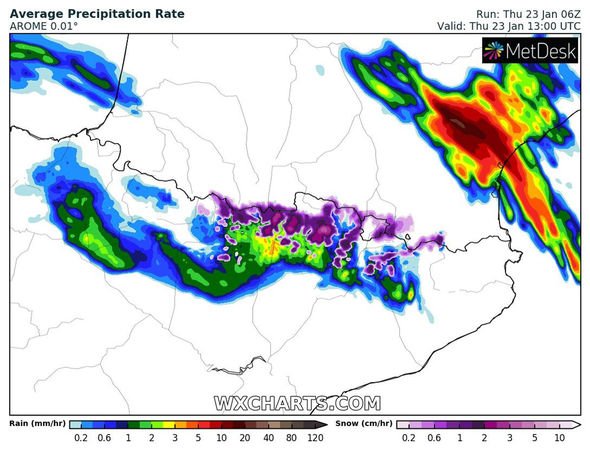 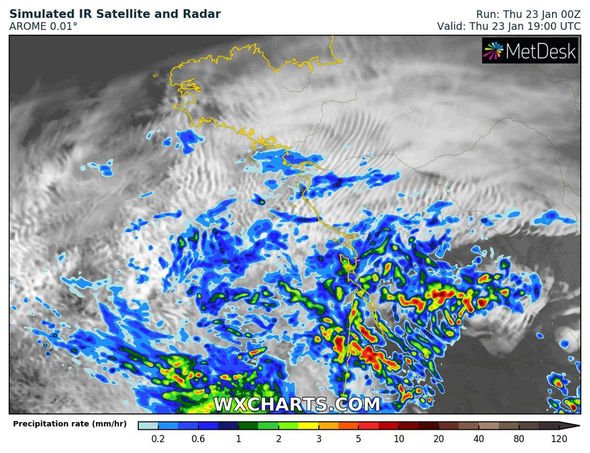 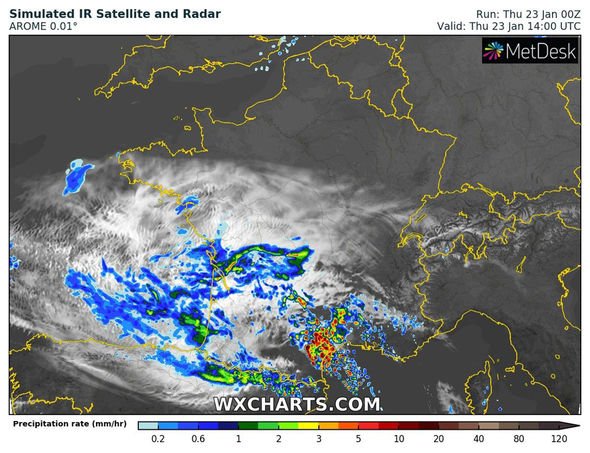 As a result of the storm’s passage over the mountains, heavy snow will fall across the peaks.

Meteo France has issued a red alert for flooding in two southern regions and also a warning for avalanches.

Météo France forecaster Olivier Proust told Franceinfo Storm Gloria was the worst storm to have hit the region in the winter period since January 1982,.

The bad weather looks to be clear from 1pm on Friday, January 24.