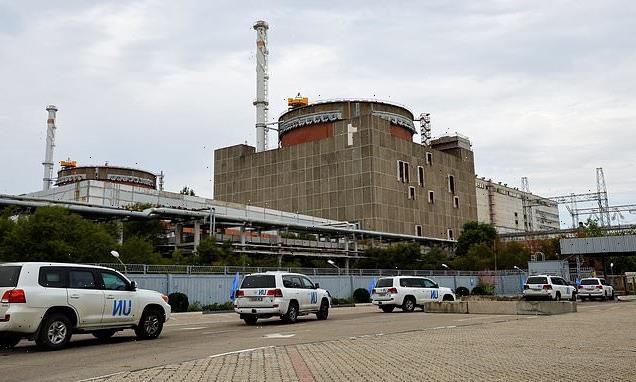 Europe’s largest nuclear power plant is operating on EMERGENCY MODE after last power line to the gird was cut on Monday, Ukraine says, amid fears of second Chernobyl disaster

The six-reactor Zaporizhzhia nuclear power plant (NPP) came under the control of Russian forces early in the war, but is being operated by Ukrainian staff.

The plant and surrounding areas have been repeatedly hit by shelling, raising fears of a second Chernobyl disaster. Russia and Ukraine blame on each other’s forces. 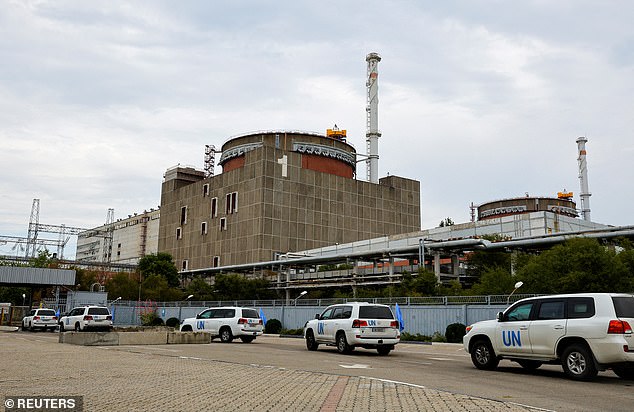 It is instead receiving power for its own safety systems from the only one of the six reactors that remains operational.

Energoatom, the state nuclear operator, said on Friday that repairs to the outside lines are impossible because of the shelling and that operating in the so-called ‘island’ carries ‘the risk of violating radiation and fire safety standards’.

‘Only the withdrawal of the Russians from the plant and the creation of a security zone around it can normalise the situation at the Zaporizhzhia NPP.

Only then will the world be able to exhale,’ Petro Kotin, the head of Energoatom, said on Friday on Ukrainian TV.

Meanwhile, a draft resolution that diplomats say Poland and Canada have prepared ahead of next week’s meeting of the U.N. nuclear watchdog’s Board of Governors calls on Russia to cease all actions at Ukraine’s nuclear facilities, the text shows.

The draft being circulated among the 35 countries on the Board of Governors, the International Atomic Energy Agency’s top decision-making body, is a follow-up to a resolution that was passed by an emergency board meeting in March and that only Russia and China opposed. 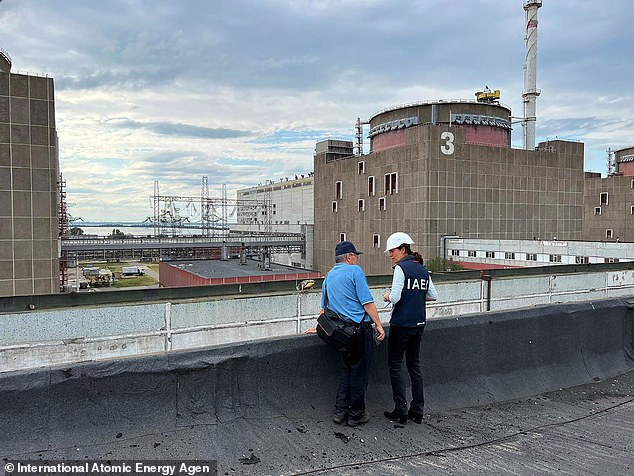 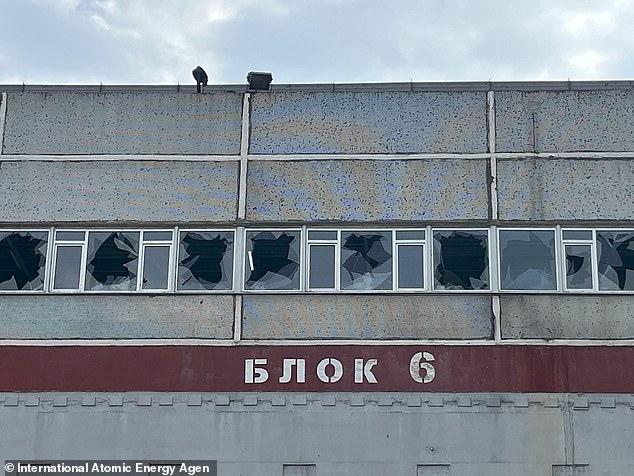 Pictured: Damage caused by shelling to the elevated passage of Unit 6 at the Zaporizhzhia Nuclear Power Plant, in Enerhodar 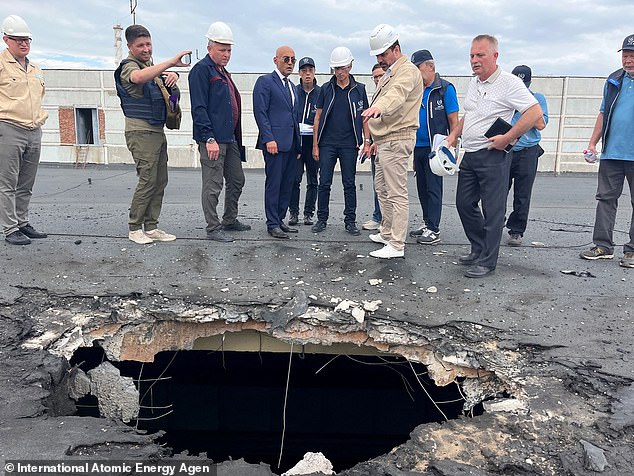 As in March, diplomats said the aim was to show Russia is isolated diplomatically and to pressure it to end its occupation of the Zaporizhzhia nuclear power plant, Europe’s largest, where the IAEA says the occupation and shelling from the war pose the risk of a catastrophic nuclear accident.

The draft text seen by Reuters says the board ‘deplores the Russian Federation’s persistent violent actions against nuclear facilities in Ukraine, including the ongoing presence of Russian forces and Rosatom personnel at the Zaporizhzhya nuclear power plant’, using the spelling of the plant’s name favoured by the IAEA and referring to the Russian nuclear agency Rosatom.

The draft text prepared on behalf of Ukraine, which is not a member of the Board of Governors, has yet to be formally submitted to next week’s quarterly board meeting, diplomats said. It would then be debated and voted on.

Several diplomats said that since the wording is similar to the March resolution’s, which ‘deplores’ Russia’s occupation of Ukraine, it was likely to pass easily and they expected few changes to its wording.

The latest text calls on Russia to ‘immediately cease all actions against, and at, the Zaporizhzhya Nuclear Power Plant and any other nuclear facility in Ukraine, in order for the competent authorities to regain full control over all nuclear facilities within Ukraine’s international recognised borders.’

Before the so-called operative paragraphs that spell out any action and positions being taken, the text also says the board is ‘underscoring’ a recent call by IAEA chief Rafael Grossi for a ‘nuclear safety and security protection zone’ around the Zaporizhzhia plant. 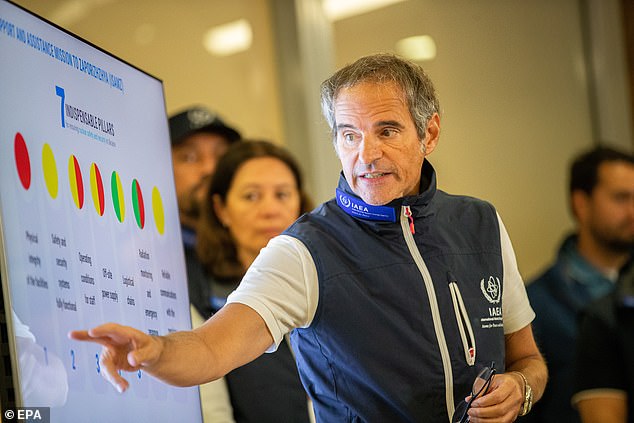 IAEA Director General Rafael Mariano Grossi attends a press conference about IAEA’s Support and Assistance Mission to Zaporizhzhya upon his return from Ukraine, in Vienna, Austria 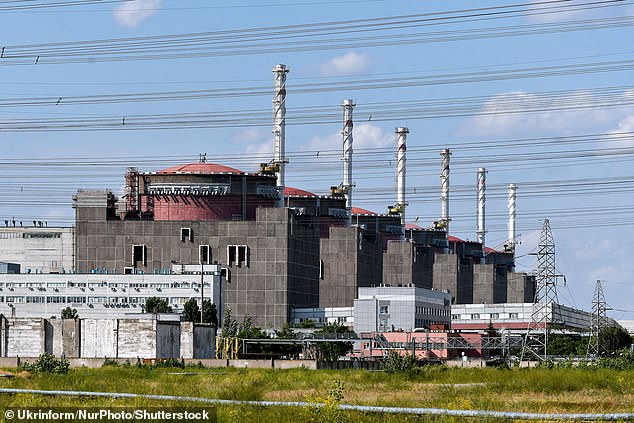 Meanwhile, swiftly advancing Ukrainian troops were bearing down on the main railway supplying Russian forces in the east on Friday, after the collapse of a section of Russia’s front line caused the most dramatic shift in the war’s momentum since its early weeks.

In a video address, President Volodymyr Zelenskiy said Ukrainian troops had ‘liberated dozens of settlements’ and reclaimed more than 385 square miles of territory in the east and south in the past week.

Zelenskiy posted a video in which Ukrainian soldiers said they had captured the eastern town of Balakliia, which lies along a stretch of front stretching south of Kharkiv, Ukraine’s second largest city.

The Ukrainian military said it had advanced nearly 50 km through that front after an assault that appeared to take the Russians by surprise.

That would make it by far the fastest advance by either side in the war since Russia was forced to abandon its disastrous assault on the capital Kyiv in March.

Moscow has so far offered no official response to the reports of the breakthrough on the Kharkiv front.

Ukraine has yet to allow independent journalists into the area to confirm the extent its advances.

But Ukrainian news websites have shown pictures of troops cheering from the top of armoured vehicles as they roar past street signs bearing the names of previously Russian-held towns, and Russian forces surrendering on the side of the road.

The Institute for the Study of War think tank said the Ukrainians were now within just 15 km of Kupiansk, an essential junction for the main railway lines that Moscow has been using for months to supply its forces on the battlefields in the east. 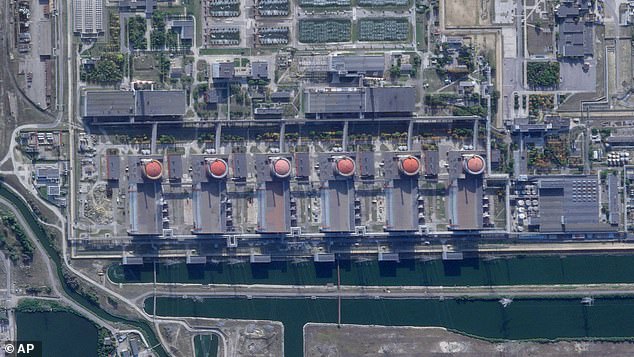 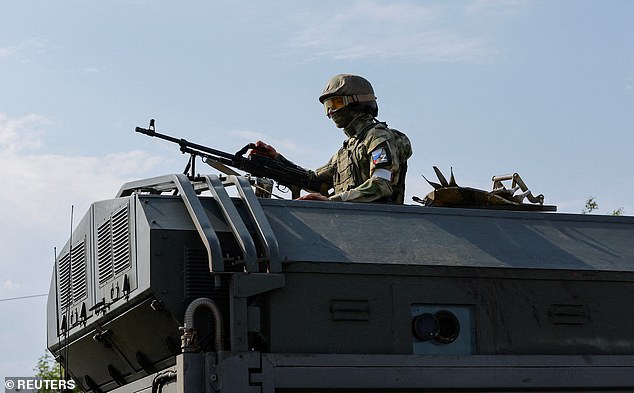 A Russian service member holds a weapon on the top of a military vehicle in the course of Ukraine-Russia conflict in the Russian-controlled city of Enerhodar in the Zaporizhzhia region, Ukraine September 1, 2022

Since Russia’s forces were defeated near Kyiv in March, Moscow has waged a relentless war of attrition, using its firepower advantage to press slow advances by bombarding towns and villages. But that tactic depends on tonnes of ammunition a day reaching the front line by train from western Russia.

Until now, Russia had successfully fended off all attempts by Ukraine to cut off the train line. The Ukrainian general staff said early on Friday retreating Russian forces were trying to evacuate wounded personnel and damaged military equipment.

‘Thanks to skilful and coordinated actions, the Armed Forces of Ukraine, with the support of the local population, advanced almost 50 km in three days.’