Eurostar will run more direct trains between London and the Netherlands as demand for the trains grow, it has said.

A fourth daily weekday service will operate in both directions between London St Pancras International and Amsterdam via Brussels and Rotterdam from September 5.

The extra service from London will depart at 6.16am, with journey times of around three hours and 15 minutes for Rotterdam and just under four hours for Amsterdam.

Many airline passengers flying to Amsterdam’s Schiphol airport have suffered disruption in recent months, with thousands of flights cancelled due to staff shortages.

Els Buzzi, head of the Amsterdam route at Eurostar, said: ‘The ever-growing demand for high-speed trains between the Netherlands and the UK shows that both business and leisure travellers appreciate the convenience and comfort of travelling by Eurostar. 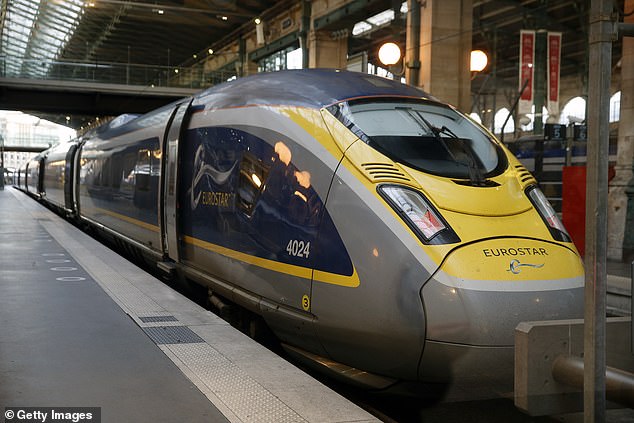 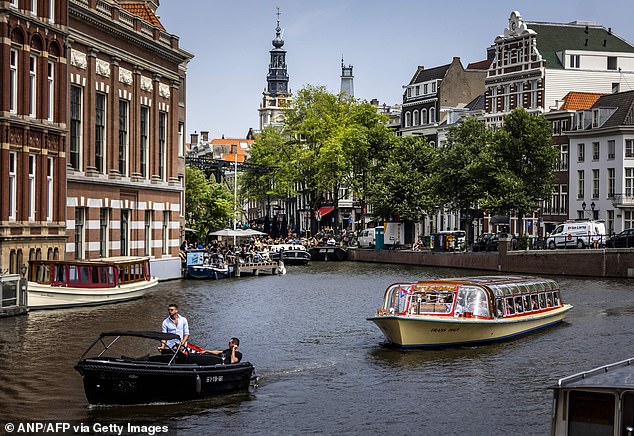 The extra service from London will depart at 6.16am, with journey times of around three hours and 15 minutes for Rotterdam and just under four hours for Amsterdam (pictured)

‘The fourth service will give our customers even more choice and flexibility when planning their journey, safe in the knowledge that Eurostar is the greener way to go from city centre to city centre.’

In May last year, Eurostar secured a £250 million rescue package from shareholders – including French state rail company SNCF – and banks.

That was six months after the company warned it was ‘fighting for its survival against a 95% drop in demand’ due to the coronavirus pandemic.

It operated just two return services a day for several months before starting to ramp up its operations in May 2021.

It now runs up to 39 daily services, mostly between London and Paris.

The boost for travellers comes as Heathrow and Gatwick continue to be plunge into chaos for summer holidaymakers.

Bosses axed flights at the last minute yesterday morning and passengers are spending hours on runways before being confronted with even bigger delays trying to get their bags.

People travelling through the country’s two busiest airports have voiced their frustration after they were beset with delays when attempting to go on their holidays in the latest round of disruption this summer.

It comes after a rare ‘schedule intervention’ at Heathrow, in which the west London airport told its 20 biggest carriers that they needed to move 30 flights from the morning peak on Wednesday night.

It was a move that meant at least 5,000 travellers woke up on  Thursday morning to find their flights affected or even cancelled, with the airport saying it would not be able to cope with the high number of passengers in its terminals. 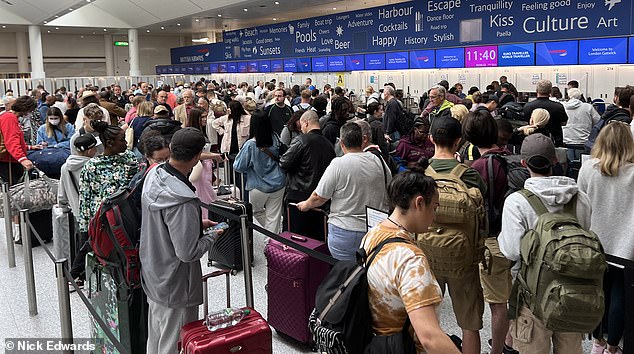 Meanwhile, passengers at Gatwick were left frustrated by the ‘out of control’ line for security, and some arrivals left waiting ‘nearly two hours’ for baggage.

People at both airports took to social media to vent at what they saw as poor service at the London travel hubs.

Another branded Terminal 5 a ‘disgraceful shambles’, adding: ‘Left home at 3.30am, checked flight and cancelled on arrival.’

It comes amid widespread travel chaos caused by companies adjusting to the end of the pandemic and a return to higher levels of demand for services.