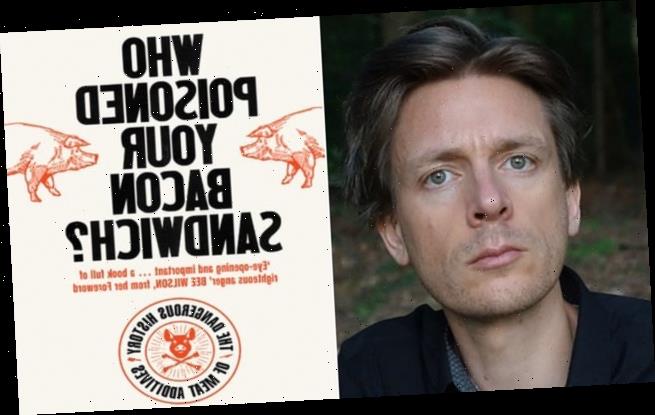 The European Union’s food regulations are to blame for thousands of avoidable cancer deaths, a bombshell new book has claimed.

Who Poisoned Your Bacon Sandwich by journalist Guillaume Coudray says it is to blame for cancer-causing nitrites being added to bacon and ham.

Nitrite-cured processed meats have been directly linked to 34,000 cases of bowel cancer every year by the World Health Organisation.

The book says nearly half the EU’s scientists – who until January 1 had power over Britain’s food additive rules – have financial links with the European food industry.

And documents unearthed from French archives show European ‘harmonisation’ forced France to allow nitrites despite warnings from its own health experts in Paris. 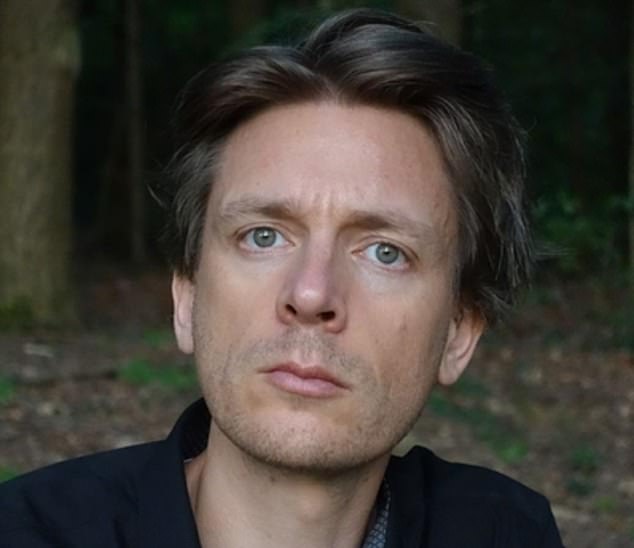 Mr Coudray, himself a Frenchman, has hailed Britain’s golden Brexit opportunity to cut ties from the EU’s ‘unsafe’ set of regulations that are ‘costing lives’.

It also reveals how European nations had banned the toxic chemicals before the birth of the Common Market forced them to allow poisonous toxins in their meat.

The bombshell revelations are likely to prompt further calls for nitrite-cured meat to be banned in Britain.

It could also turbocharge efforts already underway in the French parliament to overturn Brussels diktats and outlaw the dangerous toxins. 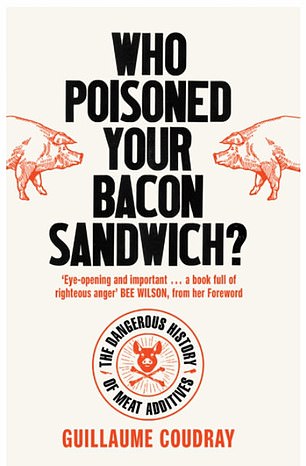 Mr Coudray said: ‘The links between influential members of the EFSA’s committee of experts and prominent players in the agri-food and agri-chemical industries are clear.

‘From 2012 to 2018, close to half the members of the EFSA expert panel on food additives had a financial conflict of interest.

‘The EU and its food standards agency have proven faithful allies of the processed meat industry.

‘They have been reluctant to encourage reform, systematically defended the status quo and taken no action to reduce the carcinogenicity of processed meats.

‘The European Food Safety Authority never stops going on about the dangers of botulism posed by nitrite-free alternatives.

‘They say nitrites are ”essential”. But their head office is in Parma, Italy, the Mecca of nitrite-free meat curing. The Parma Ham Consortium decided in 1993 to ban nitrites.

‘The 150 Parma ham producers make nine million hams every year and in 27 years there has not been a single case of botulism detected.

‘Britain and Parma have shown it can be done. And now Brexit provides a golden opportunity to reform sub-standard Brussels regulations and make food safer for British consumers.’

In June 2017 the European Food Safety Authority published two reports on the use of nitrate, which followed some of the arguments made by the nitro-meat industry.

At the time of publication, nearly half of EFSA’s expert panel had a financial conflict of interest.

The European Commission has said it has not taken any measures against nitrites because of the ‘need for certain traditional foods to be maintained on the market’.

His new research shows processed meats in the UK and Europe were traditionally made without nitrites until the birth of the European Common Market beckoned in widespread liberalisation that allowed the ‘chemical curing’ method to be used instead.

In France, permission would not come until a decree on December 8, 1964.

The policy was reluctantly accepted by the French public health body, the Académie de Médecine.

It concluded: ‘[We need to] harmonise our regulations with those of the other countries in the EEC so as not to put French meat curers and butchers in a disadvantageous position.

‘[However], the absence of [our] refusal does not imply that the academy is in favour of such process’. 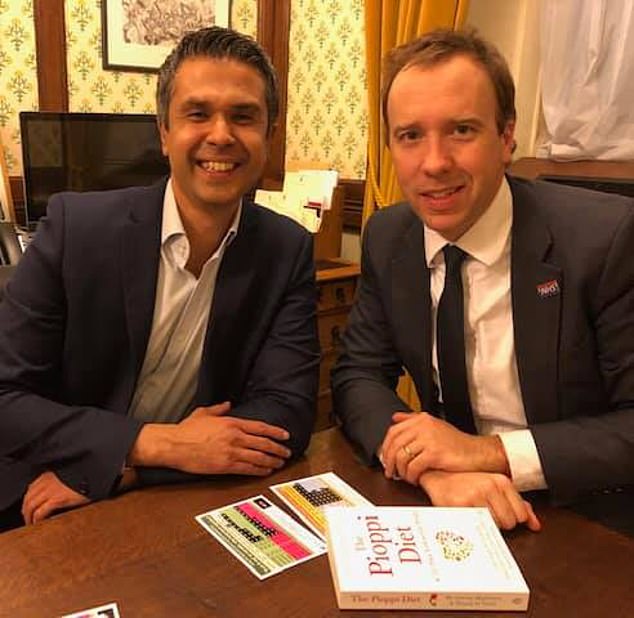 Leading NHS and Harley Street consultant Dr Aseem Malhotra (pictured with Matt Hancock) said: ‘It’s truly extraordinary that food we have known for decades to be carcinogenic – and was previously banned in Britain – is now allowed on our supermarket shelves’

Leading NHS and Harley Street consultant Dr Aseem Malhotra said: ‘It’s truly extraordinary that food we have known for decades to be carcinogenic – and was previously banned in Britain – is now allowed on our supermarket shelves.

‘Unprocessed red meat is one of the most nutritious foods you can eat, being high in protein, iron, Vitamin B12 and zinc.

He added: ‘It’s time all of our processed meat manufacturers embraced nitrite-free alternatives.’

Former cabinet minister and deputy-chair of the European Research Group, David Jones MP, said: ‘Project Fear claimed Brexit would allow dangerous food into Britain – and that the EU’s standards were vital in keeping us safe.

‘This book reveals the EU’s standards are by no means world-leading and rightly says we can do things so much better now we are free from the stranglehold of Brussels.’ 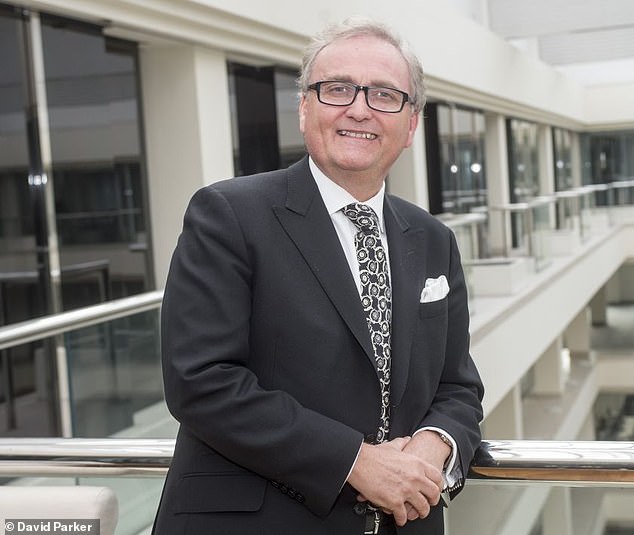 Longworth, who chairs the Centre for Brexit Policy and is an ex director of Tesco and Asda, added: ‘For years we were told the EU was the ultimate safeguard of our food standards.

‘We were told that food in the Anglosphere was riddled with chemicals and bad for our health.

‘And Project Fear said if we were brave enough to take back control of our country, we would be flooded with swathes of ‘unsafe food’ from the United States.

‘Now we learn that the EU’s food standards are not all they have been cracked up to be.

‘And we are a told by a leading French food journalist that Britain can do things better and smarter because of Brexit. This is exactly what I’ve been saying all along.’

Of the 110 new cases of colorectal cancer that appear on average each day in the UK, about ten are related to the consumption of nitrite-cured processed meats.