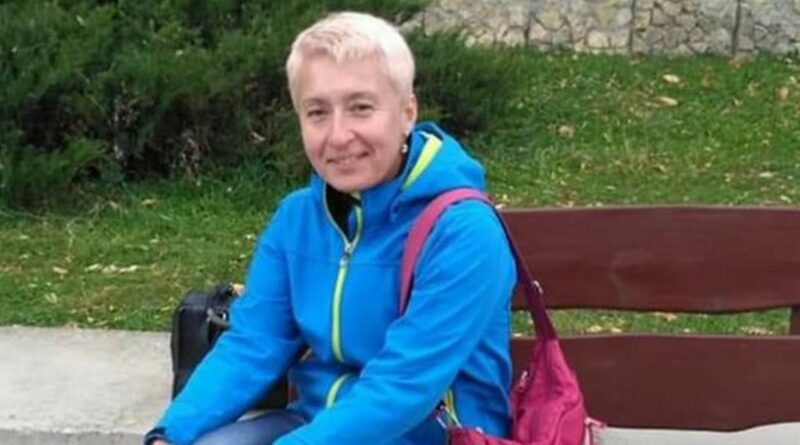 Pro-Russian police in occupied Kherson are accused of abducting a Ukrainian nurse and hanging her in the street.

Eyewitnesses say Tetyana Mudrenko, 56, and her husband Anatoliy, 60, were taken from their front garden in October.

Russian collaborators are said to have ransacked the couple's home in the town of Skadovsk.

Her twin sister Natalia Chorna said Tetyana would regularly confront those working with Vladimir Putin's troops in the region, shouting "Skadovsk is Ukraine" throughout the town, according to the FT.

Natalia said her sister, a disabled children's nurse, confronted a group of balaclava-clad Russian soldiers in the spring.

"She looked at the orc [a derogatory term for a Russian soldier], right in his eyes and asked: ‘Why are you here? Will you shoot me?'," Natalia said.

She moved to Ukrainian-held Dnipro, her hometown, shortly before Skadovsk was taken by Russian forces in April. Tetyana stayed put.

Natalia was told by an eyewitness last month that Tetyana had been dragged into the street and publicly executed.

Speaking about the eyewitness, Natalia said: "She told me that 'Tanya' was hanged. They poured something into her mouth and then hanged her in front of the courthouse.

"In occupied Skadovsk, you can’t have your own opinion."

According to the FT, Anatoliy was released from prison to bury his wife but appeared severely beaten with a broken arm.

Ukrainian non-profit organisation The Media Initiative for Human Rights (MIHR) confirmed the cause of death.