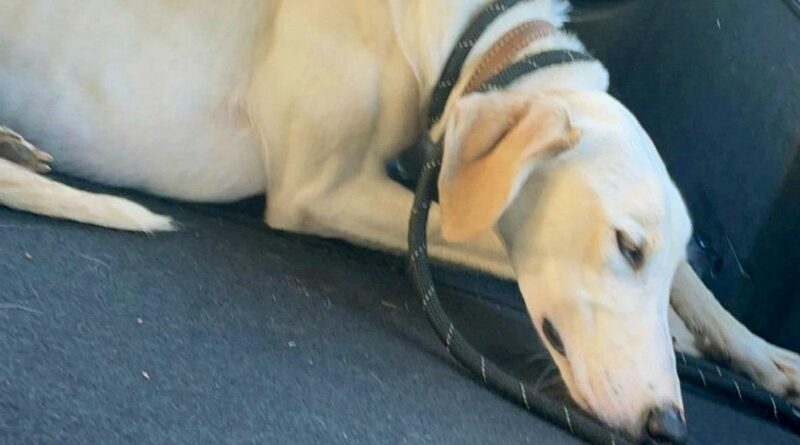 EVIL thugs killed a dog after throwing the pup out of a moving truck travelling at 60mph in front of horrified motorists.

Chris Hallam witnessed the lurcher being thrown from the oncoming vehicle as he drove along the A52 in the East Midlands. 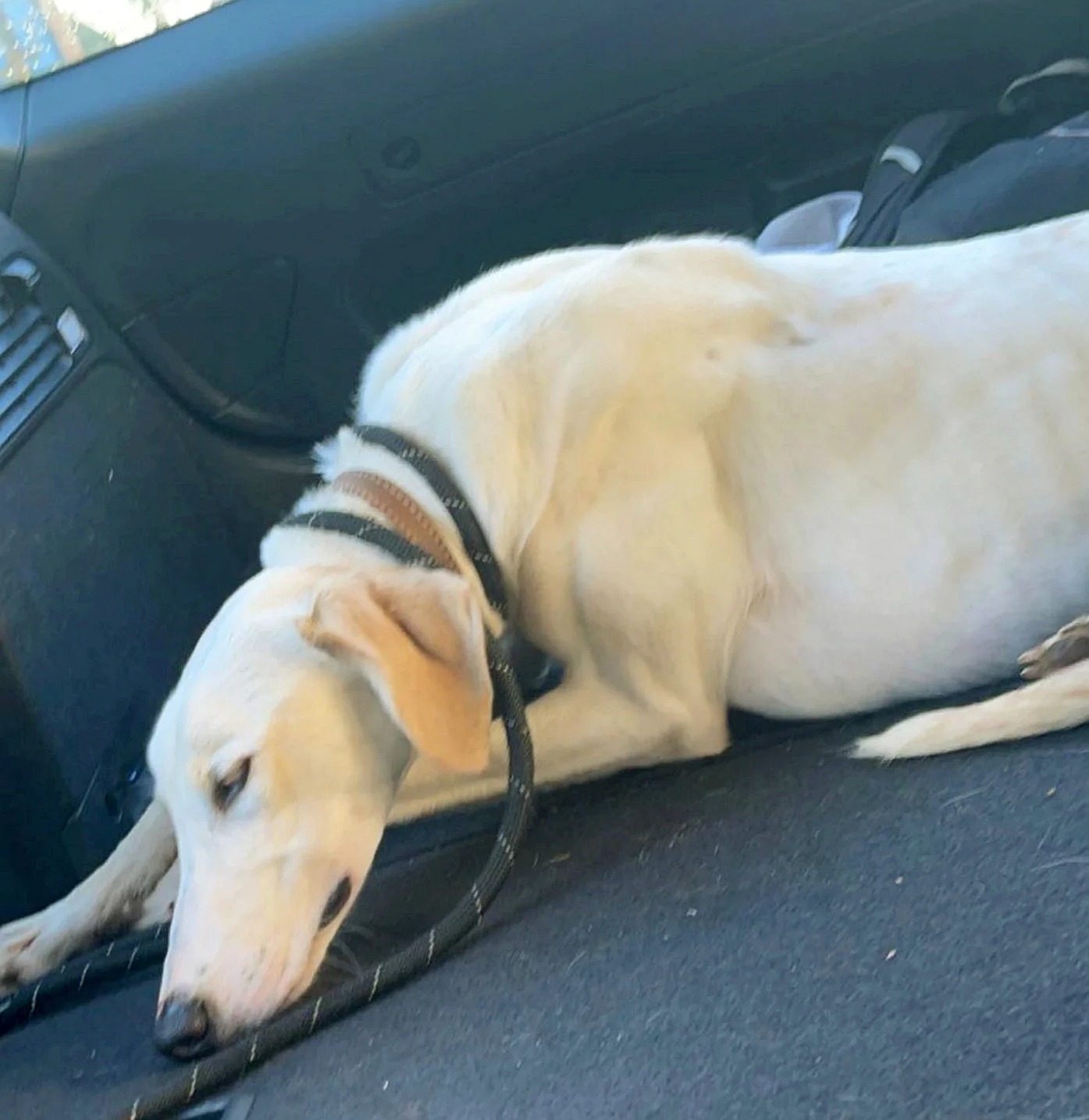 The dog had to be put down after fast food worker Chris spotted the tragic incident in broad daylight.

Chris said: "It was just the most horrific thing I have ever seen, the poor thing didn't stand a chance.

"I was driving along the road when I noticed something flying through the air as I passed an old farmer-type pick-up truck coming in the opposite direction.

"I pulled into a lay-by and ran over to help and two other guys who also stopped said they had seen a commotion in the back seat just as it happened.

"So we're pretty sure it was deliberately thrown and just don't understand how anyone could want to do that to a dog.

"The noise coming from him was heartbreaking, he was in so much pain so I took him to the RSPCA at first.

"But they said they couldn't do anything so I took him to a vets and they came out to my car and sedated him and put him on a stretcher.

"I went to work and my mum phoned me later on to say it hadn't survived.

"He had suffered broken bones in his pelvis and internal injuries which they couldn't operate on.

"I was devastated because if he had lived we were going to provide him with his forever home.

"We know his name was Ice from the microchip but the dodgy thing was when the vets called up the name on the chip, they just said 'oh I've sold that dog'.

"I was devastated because if he had lived we were going to provide him with his forever home.

"We know his name was Ice from the microchip but the dodgy thing was when the vets called up the name on the chip, they just said 'oh I've sold that dog'.

"I'm convinced this was done on purpose. If it was an accident you would know something had happened and you would stop.

"You wouldn't drive off and leave him lying there on the side of the road to die."

A spokeswoman from the vets added: "He was just so terrified and in a lot of pain.

"We had to sedate him while in the back of the car before we could take him out to examine him, which is when the scans showed the problems of the internal injuries."

Nottinghamshire Police inspector Rob Lawton said he was "deeply saddened" by the incident and asked anyone with information or dashcam footage to come forward.

He added: "Whilst the vehicle is yet to be traced, we will of course review any new or further information provided to us."