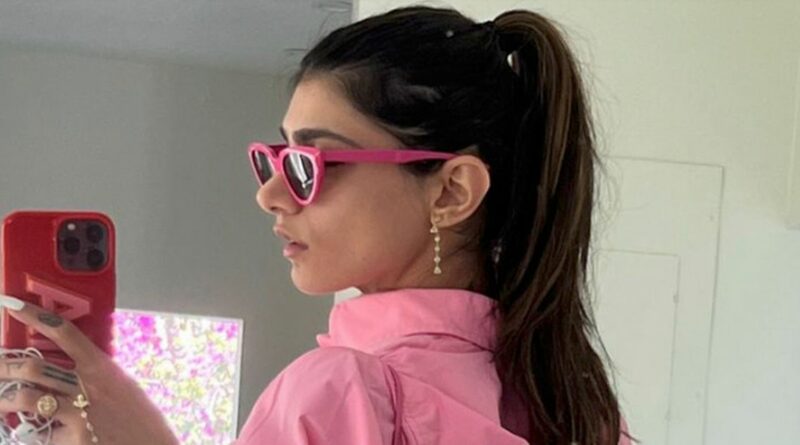 Ex-Pornhub star Mia Khalifa has wowed fans with a series of steamy snaps that show the OnlyFans alumni in pink attire.

Taking to her Instagram story, the 29-year-old media personality showed off her outfit, which included a pink shirt, matching pink sunglasses and a pair of short Playboy jeans.

Khalifa wowed her fans with a series of posts to Instagram that showed off some high-profile brands and fashion choices, with a matching pink bag and sunglasses shown off in later posts.

Between selfies and photos showing off her outfit, Khalifa showed a pile of paper bags saying she had found "a new interest / hobby".

The new "hobby" could be related to her preceding posts that showed her new standing ashtray, which she took to Twitter to share with fans.

Her swanky purchase appears to have been released by Hollywood A-lister Seth Rogen, with the actor and Khalifa sharing an hilarious encounter with one another on the social media app.

The former-Pornhub star had shown off her new ashtray on Twitter and asked its creator to call her "sir" after showcasing the purchase online.

In a now viral tweet reported by Daily Star, Khalifa wrote: "I deserve to be called 'sir' now that I use this ashtray @sethrogen.'

Rogen granted her request, following up to her tweet showing off the new Rogen-branded ashtray by writing: "F*** yeah you do, Sir Mia."

Khalifa shared a series of brief unboxing clips to her Instagram story of the ashtray and a matching houseplant ready to be taken out of their packaging.

The ashtray appears ready for use, with Khalfia following up her pink attire snaps with a shot of her inside a car with a joint hanging from her mouth.

Khalifa also showed off some extra pieces of bling, tagging the Fleet Ilya account in a story that showed off a masked animal car key chain.