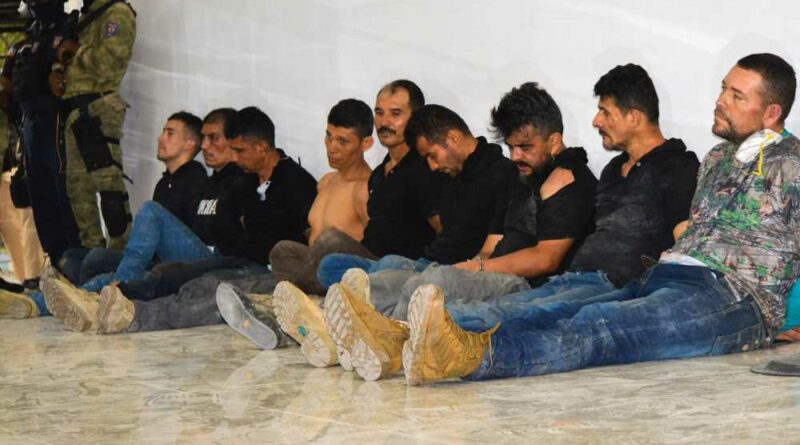 Closed border: Cuban and Haitian boat refugees warned against traveling to US

Summer’s a bummer for socialists in denial: Goodwin

Some of the former Colombian soldiers suspected of taking part in the assassination of Haitian President Jovenel Moïse have previously received US military training, according to a new report.

“A review of our training databases indicates that a small number of the Colombian individuals detained as part of this investigation had participated in past US military training and education programs, while serving as active members of the Colombian Military Forces,” Pentagon spokesman Lt. Col. Ken Hoffman told the Washington Post.

Hoffman did not say how many of the men received training or what kind, adding that the Pentagon’s review is ongoing.

Colombian officials have said 13 of the 15 nationals suspected in the July 7 assassination plot once served in the country’s military. Two were killed by Haitian authorities after Moïse was gunned down in his home.

It is common for Colombian forces and other security personnel in Latin America to undergo US training, the outlet reported.

Colombia — which has long been a significant American military partner — receives billions of dollars in its effort to battle drug traffickers, leftist guerrillas and far-right paramilitary groups, according to the paper.

The country’s military has had a close relationship with the US Green Berets, who help train their elite counterparts in guerrilla warfare, the outlet reported.

Foreign military training provided by the US is meant to promote “respect for human rights, compliance with the rule of law, and militaries subordinate to democratically elected civilian leadership,” Hoffman told the Washington Post in his statement.

He did not immediately respond to the paper’s questions seeking additional information.

Meanwhile, Colombian President Ivan Duque said Thursday that many of the former soldiers accused of involvement in the assassination went to Haiti as bodyguards — but others had detailed knowledge about the plot, Reuters reported.

“There was a big group that were taken on a supposed protection mission, but within that group, there’s a smaller group, which were those who apparently had detailed knowledge of what was to be a criminal operation,” Duque told local La FM radio.