Ex-EastEnders star’s killer boyfriend, 61, dies of cancer in jail while serving life term for murdering man with a steak knife in row over a stolen phone

The boyfriend of a former Eastenders star who was serving life for murder has died of cancer in prison.

Convicted murderer Tony McCann, 61, was jailed for life in 2008 and was due to serve a minimum of 21 years after he stabbed Luke Hodges to death over a £20 mobile phone.

A family source told the Sun McCann had been diagnosed with liver and kidney cancer around six months ago and had died on Monday while serving his sentence at high-security HMP Gartree in Leics. 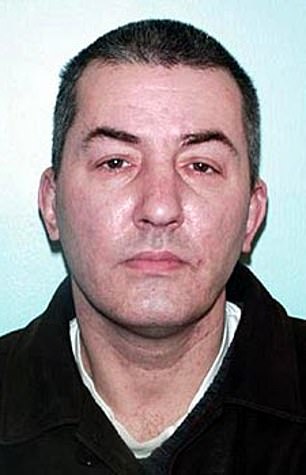 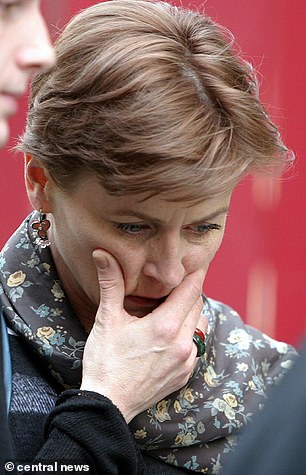 Tony McCann, who was the boyfriend of former Eastenders actress Nicole Cowper (right), has died in prison from liver and kidney cancer where he was serving a life sentence for murder

The 61-year-old was the boyfriend of former EastEnders actress Nicola Cowper, who played Cindy Beale’s sister Gillian Williams in the soap and is the mother of McCann’s twins.

McCann met Miss Cowper in 1986 and she stuck by him two years later when he was convicted of a £9,000 armed raid on a bank and jailed for 15 years.

In 2008, McCann, who has been with the actress for 20 years, woke his victim Mr Hodge, 33, after bursting through his front door dressed in a mask and gloves and armed with a steak knife.

He plunged the blade into the victim’s back, piercing a lung, and left him bleeding to death in front of housemates.

McCann fled to the home of the actress, 40, covered in blood and demanded a lift. 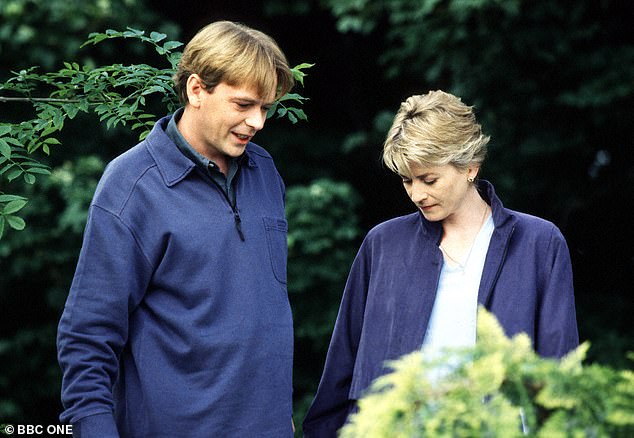 He killed Mr Hodge at his Twickenham home because he blamed him for taking a phone worth just £20 and thought he was bullying his friends.

It is understood he was moved to a hospice for his final days before his death on Monday.

The Prison Service said: ‘HMP Gartree prisoner Tony McCann died on October 19 and the Prisons and Probation Ombudsman has been informed.’