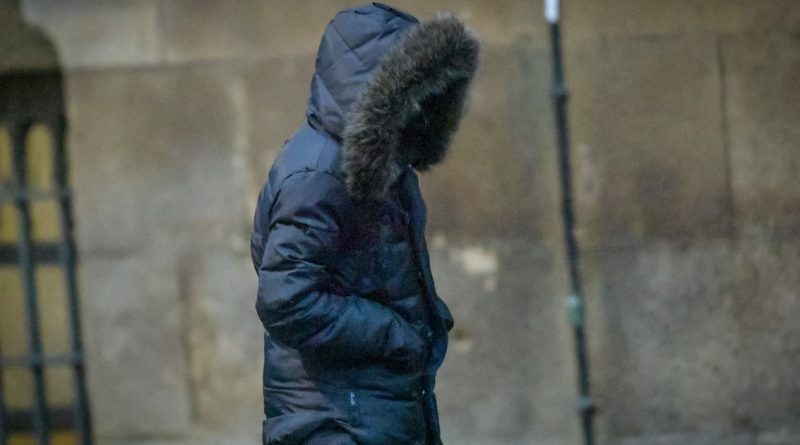 A former doctor who thought he was messaging a 12-year-old girl under the username "Sexy Doctor" dodge jail after a judge gave him a suspended sentence.

Umar Tahir, 38, messaged a young girl on Kik to ask her how old she is before telling her that her profile picture was "hot".

He then proceeded to have a graphic conversation with the girl, who informed him she was 12 and asked if she "thought about them".

Fortunately, the young girl Tahir was speaking to was actually an undercover police officer who traced his location through his IP address. At an earlier hearing, Tahir pleaded guilty to being an adult attempting to engage in sexual communication with a child.

Ahead of sentencing Prosecutor Rachel White told the court: "The officer used a profile and picture of a 12-year-old girl.

"The defendant used Kik as a way to communicate with the child, under the username of 'sexy doctor'. His account had been active for 675 days. On May 20 of last year, he sent a message to the decoy.

"She asked how old he was and he told her he would only say if she promised not to tell anyone else. She said she was twelve and lived in Manchester, and he said he was 37. He then described her profile picture as hot."

The former doctor also asked the girl for a picture of herself, before stating her legs looked good in a dress.

Tahir then asked her if she was wearing a bra and spoke in graphic details about sexual acts and penetrative sexual intercourse.

Ms White said: "He then mentioned the previous sexual acts and raised if she would have done them.

"The conversation ended but the defendant messaged her again on May 26 asking her whether she thought about the matters they spoke about previously, she said they had been raised by another user and he became discouraged from continuing any further."

According to Ms White, there were also a number of groups he was a part of, including Teen schoolgirls, Teen body, Daddy and Princess and Teen snow bunny.

Defence lawyer Simon Gurney said Tahir is "rightly ashamed" and "deeply embarrassed" about his actions after leading a "law-abiding life".

He said Tahir has also taken steps so there is "no repetition" of his crimes and said he was under great stress at the time of his crimes.

Mr Gurney also told the court Thair told him he was "in an emotionally unstable place and wasn’t thinking clearly" and has since gone to counselling.

Sentencing, Recorder Nicholas Clarke QC said: "It’s astonishing to see you before this court for sentence in relation to this offence.

"I am able to suspend the custodial sentence, you are assisted by your good character, your conduct since this offence, the admission you made and the remorse you have shown and the action you have taken."

He went on: "I am aware of the significant impact of this investigation and the embarrassment you will feel at being exposed from what you did. Your good standing is lost forever."

Tahir, of Cecil Street, was sentenced to eight months imprisonment which was suspended for two years.

He was also ordered to do 200 hours unpaid work and 30 days of rehabilitation activity requirements and made the subject of a Sexual Harm Prevention Order and ordered to sign the Sex Offenders Register for 10 years, as well as pay £425 court costs.