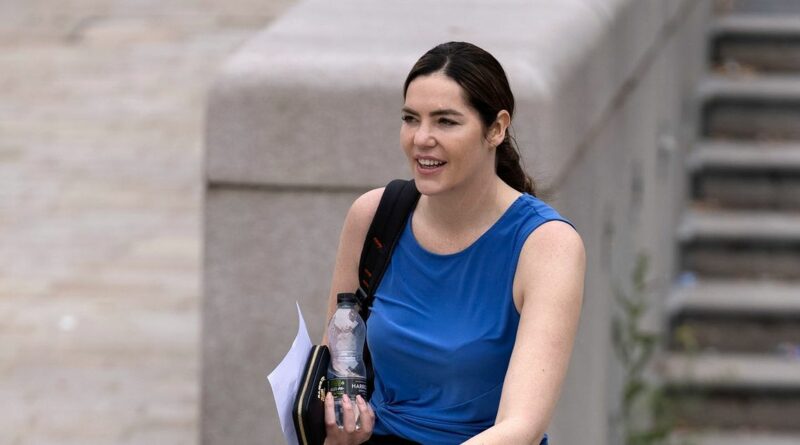 An ex-Miss England beauty queen lied to police about her car being stolen after she crashed the vehicle at 4am and caused thousands of pounds worth of damage.

Victoria McInerney, 38, had smashed the vehicle into a set of traffic lights on a main road and then claimed the car had been stolen.

The 38-year-old has since walked free and was allowed to keep her driving licence after a hearing at Liverpool Crown Court over the incident which took place in January this year.

Subsequent CCTV footage played out in the courtroom showed McInerney exiting the vehicle out of the driver's side door.

The sales director and Pilates studio owner, who punched the air as she walked free from court over the incident, was told to pay £2,055 in compensation to Wirral Council, £500 in court costs and a £95 victim surcharge.

McInerney, from Netherton, Merseyside, is said to have told a taxi driver after the crash: "My boyfriend is going to kill me. Look what I've done to the car."

The 38-year-old, who had competed for the title of Miss England as a teenager in 2003, is said to have left the scene before police and paramedics arrived, the court heard.

At 9am the next day, McInerney called officers and reported her company car as stolen during a burglary.

McInerney stated she had gone to bed at 11pm and awoke to find that her car had gone, but subsequently admitted that she had lied to police over fears of losing her job.

Michael Scholes, defending, said that a "significant degree of brain fog" had affected his client and that she is "the last person you would expect to see before the courts for this type of offence."

McInerney, who has no previous convictions, admitted to perverting the course of justice and failing to stop after an accident, Liverpool Echo reported.

Handing her a 12-month community order with 80 hours of unpaid work, Judge Louise Brandon said: "You deeply regret what you did. In panic, you didn't think through the consequences of your actions."