Piece was published in the People’s Daily amid spat between two countries over Huawei involvement in planned 5G network. 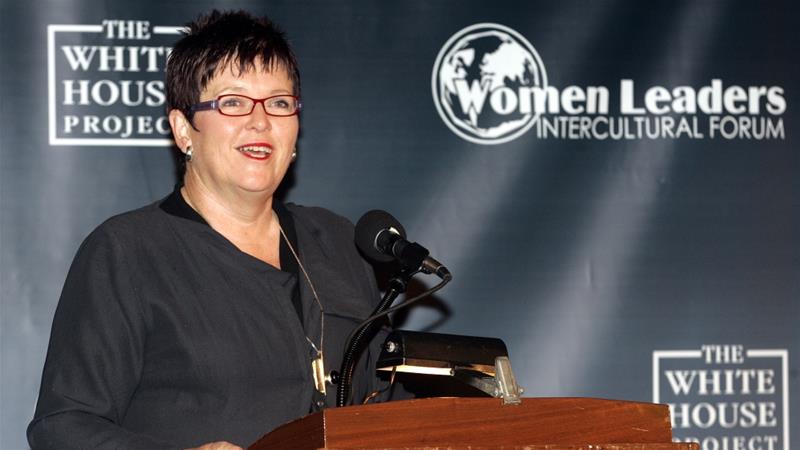 Jenny Shipley, a former prime minister of New Zealand, has denied writing an article attributed to her by the official newspaper of China’s ruling communist party that complimented Beijing’s economic development at a time of heightened tensions between the two countries.

The first-person opinion piece – published under Shipley’s name on the website of the People’s Daily on Monday and headlined, We Need to Learn to Listen to China – had become its top-read English-language story by Thursday.

“It is important for the foreign minister and prime minister and others to understand that I would never think of getting into a public situation like this, at such an important time for New Zealand’s relationship,” Shipley, who led the country as its first female prime minister from 1997 to 1999, told the New Zealand Herald newspaper, adding that she had not been aware of the piece.

Shipley, who is the chairwoman of the New Zealand subsidiary of China Construction Bank, said she had been interviewed by a Chinese newspaper in December for a feature article that had already been published, the New Zealand Herald said.

An article with comments on topics similar to those in Monday’s piece ran last month on the website of China Daily, a separate state-run newspaper, but was couched in the third person and put Shipley’s comments in quotation marks.

The article drew criticism from Foreign Minister Winston Peters, who told Radio New Zealand on Wednesday that its timing was “very unwise”.

The article came amid a fierce spat between Wellington and Beijing over the inclusion of Huawei equipment in a planned 5G network.

Australia and the United States have similarly moved to block the company’s 5G participation over fears the equipment could act as a backdoor for Chinese intelligence activities.

Beijing has labelled such concerns as “groundless” and responded with a veiled warning to Chinese tourists not to visit New Zealand.

Prime Minister Jacinda Ardern on Tuesday appeared to be considering a compromise, saying talks were under way between GCSB and Spark (formerly Telecom New Zealand) to see if the fears about Huawei’s involvement could be addressed.

She also sought to ease concerns the issue was becoming an irritant in relations with China, New Zealand’s largest trading partner, describing the two countries’ relationship as complex but mature.