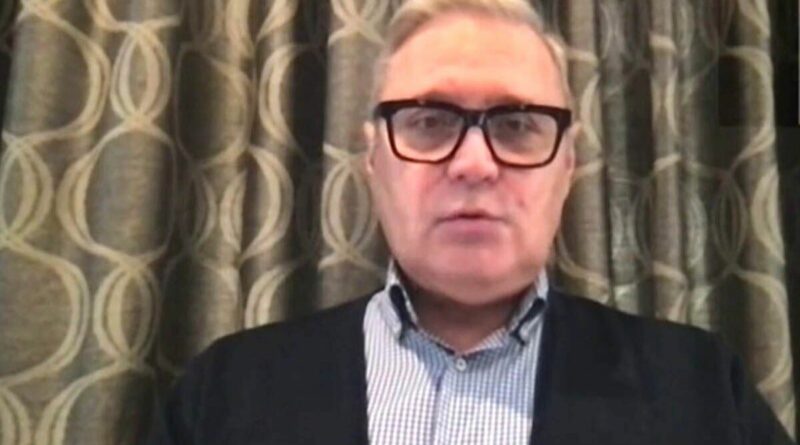 Former Russian prime minister Mikhail Kasyanov has said President Putin has “started the end of his era” by announcing an enforced mass mobilisation of Russian military reservists, a move that has “angered” those who were formerly neutral towards, or even loyal to, the war. Mr Kasyanov, who served as prime minister under President Putin between 2000 and 2004 before being sacked and exiled, and now resides in an undisclosed location for his own safety, suggested the current regime would be over in two years.The fallout from Putin’s address to the nation on Wednesday morning appears to show a growing discontent with the war in Ukraine, as Baltic and Nordic borders were reportedly flooded with Russians trying to escape what they believed would become their eventual conscription into the forces invading Ukraine.

Mr Kasyanov said: “I feel that by the end of the year, there will be a completely different situation and today Mr Putin by announcing general mobilisation, Mr Putin has already started the period of his end of his era.

“The military potential of the Ukraine army will grow and they will have a decisive advantage on the battlefield that will lead to the change of the situation and, as I think, to the collapse of Putin’s regime.

“A lot of people who were either neutral or loyal to Putin and his war, these people have been angered [by mass mobilisation].

“I think the [only] way Putin could get out of this is by nominating a successor, but they would not be a real leader of the country, they would be some sort of technical successor for a certain period of time, which, of course, would lead to the collapse of the regime. 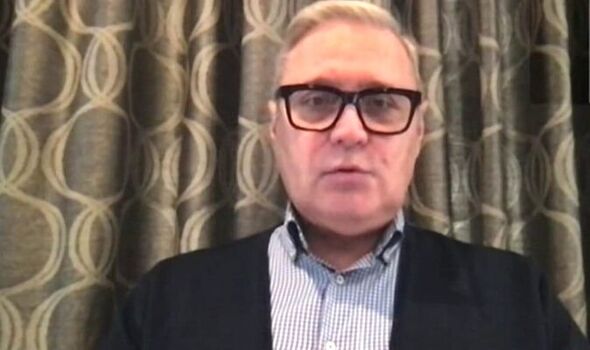 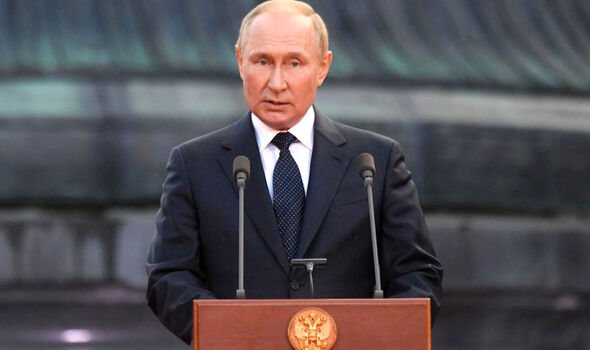 “Inevitably, then, there will be democratic elections but it will take time. It will not be tomorrow, not in six months, but in two years time.

Within that period of time, Putin will depart to Baikal Lake Resort or China, or somewhere.”

Since Putin’s announcement of a mass mobilisation of military reservists on Wednesday, stated to be in the realm of 300,000 Russians, borders with Western states have experienced a spike in people trying to cross over. Traffic surged at border crossings with Finland and Georgia.

Equally, outbound, single flight prices from Moscow to the likes of Turkey, Dubai and Armenia have skyrocketed, with many now fully-booked for a number of days. 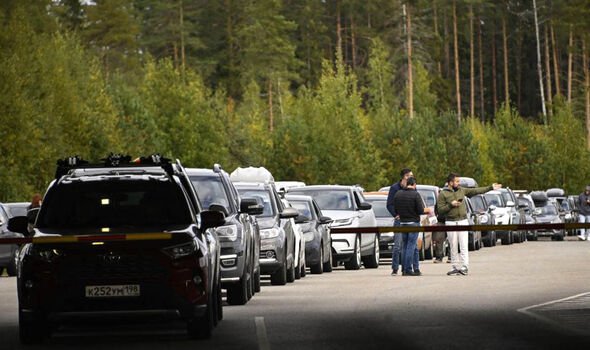 Prices for air tickets out of Moscow soared above £4,400 (300,000 roubles) to Dubai, more than three times the cost of the journey a week previous.

Though polls have suggested widespread domestic backing for Russia’s intervention in Ukraine, mass mobilisation could prove a domestically risky move after past Kremlin promises it would not happen and a string of battlefield failures in Ukraine.

A Russian man disembarking a flight in Belgrade from Moscow, when asked if he was concerned about the war and mass mobilisation, said: “Every normal person is. It is OK to be afraid of the war.” 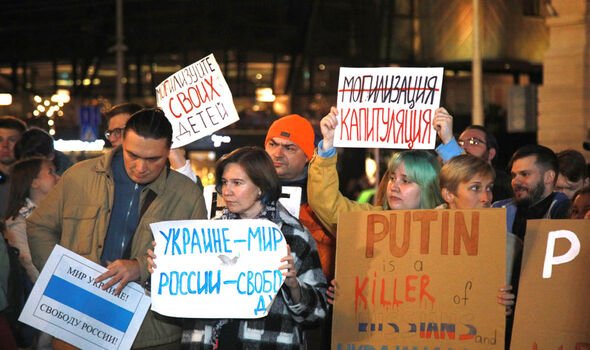 Another Russian man, arriving at Istanbul Airport in Turkey said he left partly over the Kremlin’s decision.

Grabbing his suitcase at a baggage carousel, the man, who identified as Alex, said: “It can lead to lots of problems for lots of Russians.”

Anti-war protests in 38 Russian cities saw more than 1,300 people arrested on Wednesday, a monitoring group said, with more planned for the weekend.

Some of the detainees had been ordered to report to enlistment offices on Thursday, the first full day of conscription, independent news outlets said.