Extinction Rebellion (XR) has announced its protest plan to ground flights at Heathrow Airport has been put on hold.

The environmental action group had said it would demonstrate at the airport in June and July unless Government plans to build a third runway were axed.

A statement on Sunday announced the disruption was cancelled but included an ‘action plan’ which could be followed if the plan is revived. 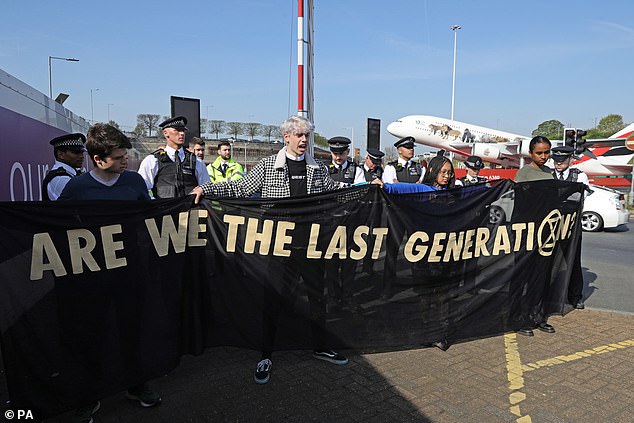 Extinction Rebellion (XR) demonstrators at London Heathrow airport. XR has announced that plans to shut down the London airport for 11 days have been postponed 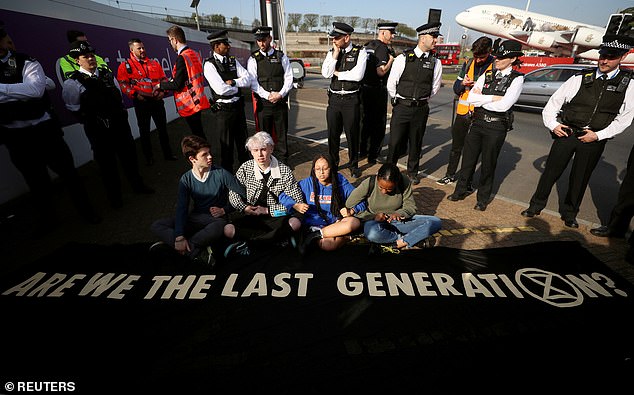 The group have previously attempted to disrupt travel at Heathrow with a protest outside the airport’s entrance on April 19. Police have promised a tough crackdown on anyone caught using a drone to ground flights

‘Extinction Rebellion will not be carrying out any actions at Heathrow Airport in June or July this year, aimed at causing disruption to holidaymakers and those planning to use the airport in this period,’ it said.

‘The Heathrow Airport authorities will therefore not have to pause any summer flights.

‘Fear and apprehension have swirled around this action since an internal proposal was leaked to media.

‘The subsequent accusation that Extinction Rebellion was willing to endanger life is a depressing and predictable smear.’ 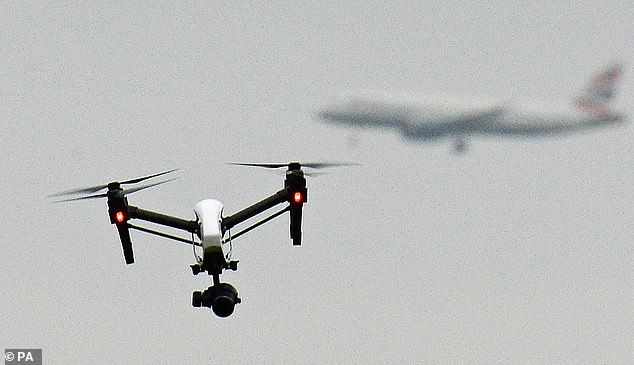 A leaked internal memo had shown drones would potentially be used to stage the protest.

The group’s plans, announced in May, were roundly criticised by authorities and Baroness Vere, the aviation minister, warned ‘using drones to deliberately put people’s safety at risk carries a maximum life sentence’.

The Metropolitan Police also drew up a plan to handle the protests. 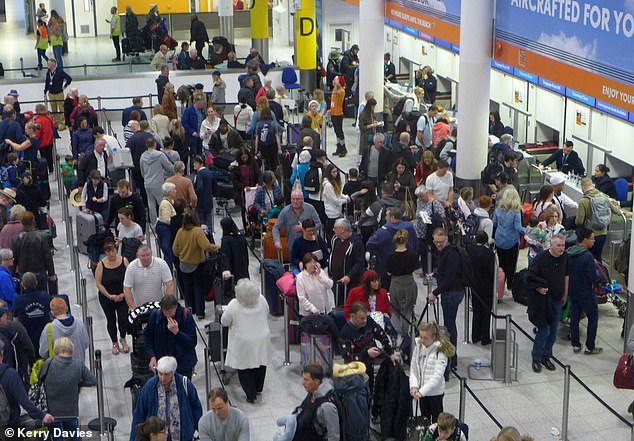 They would also not be flown within flight paths, but could still be used in areas that could force the airport ‘to safely close airspace’, the group said.

‘The airport authorities and the general public be given two months’ advance notice of the start date and time of any planned action,’ it said.

‘Above all, this notice period provides an appropriate period for the authorities to safely plan the closure of the airport for the duration of the action.

‘We hope it also provides members of the general public with sufficient time to seek alternative travel arrangements if necessary.’