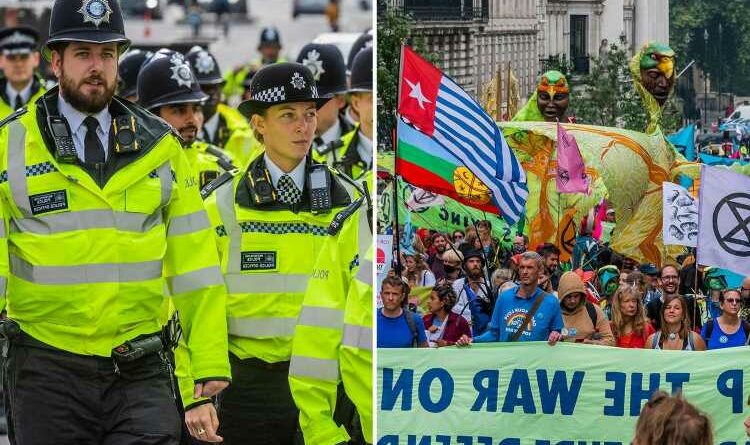 EXTINCTION Rebellion (XR) protests are taking 2,000 officers a day to police, a top cop has revealed as he blasted 10 days of chaos.

The Met's Deputy Assistant Commissioner Matt Twist said thousands of officers were being pulled from regular duty to police the protests, which has seen activists block vital transport routes and glue themselves to monuments. 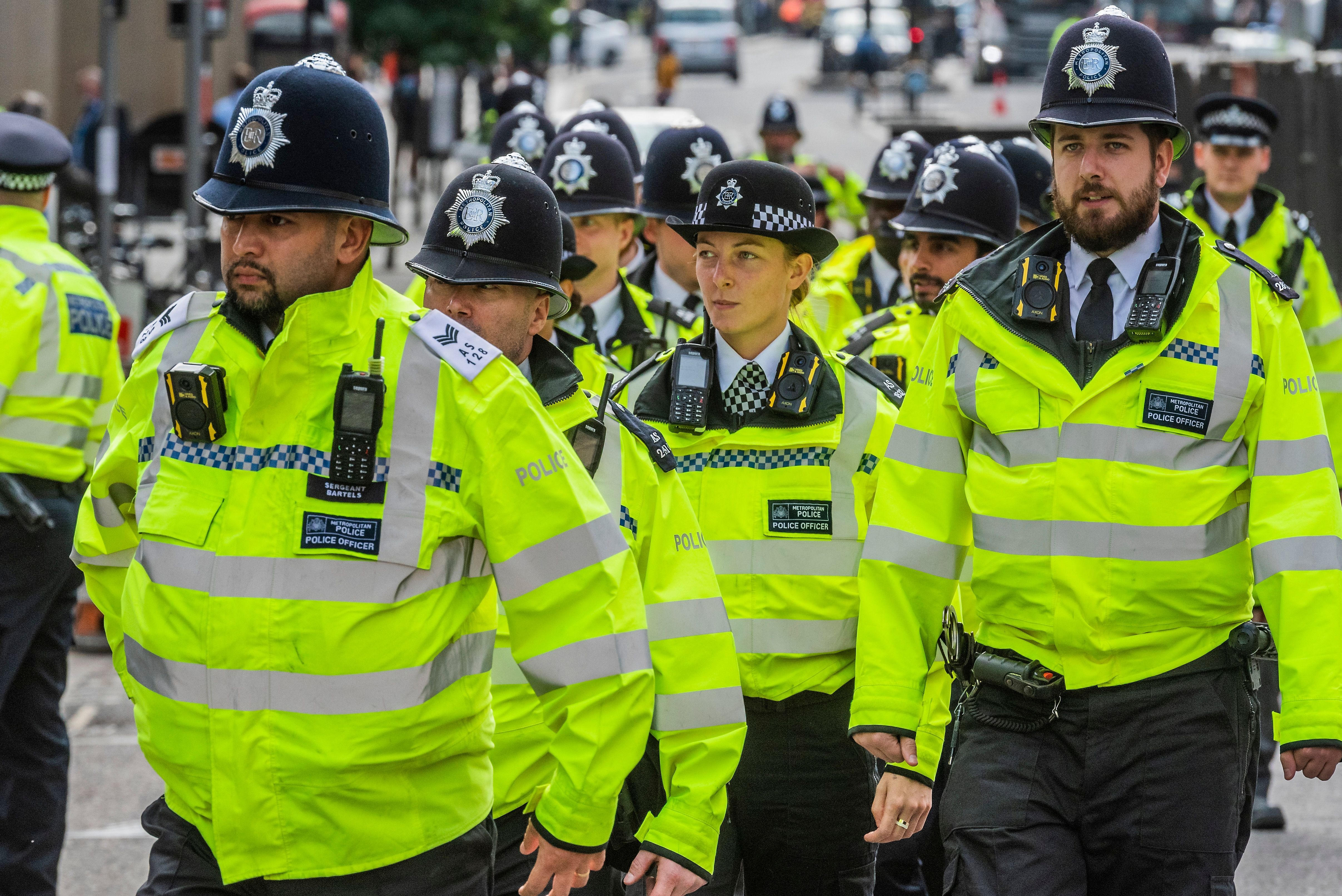 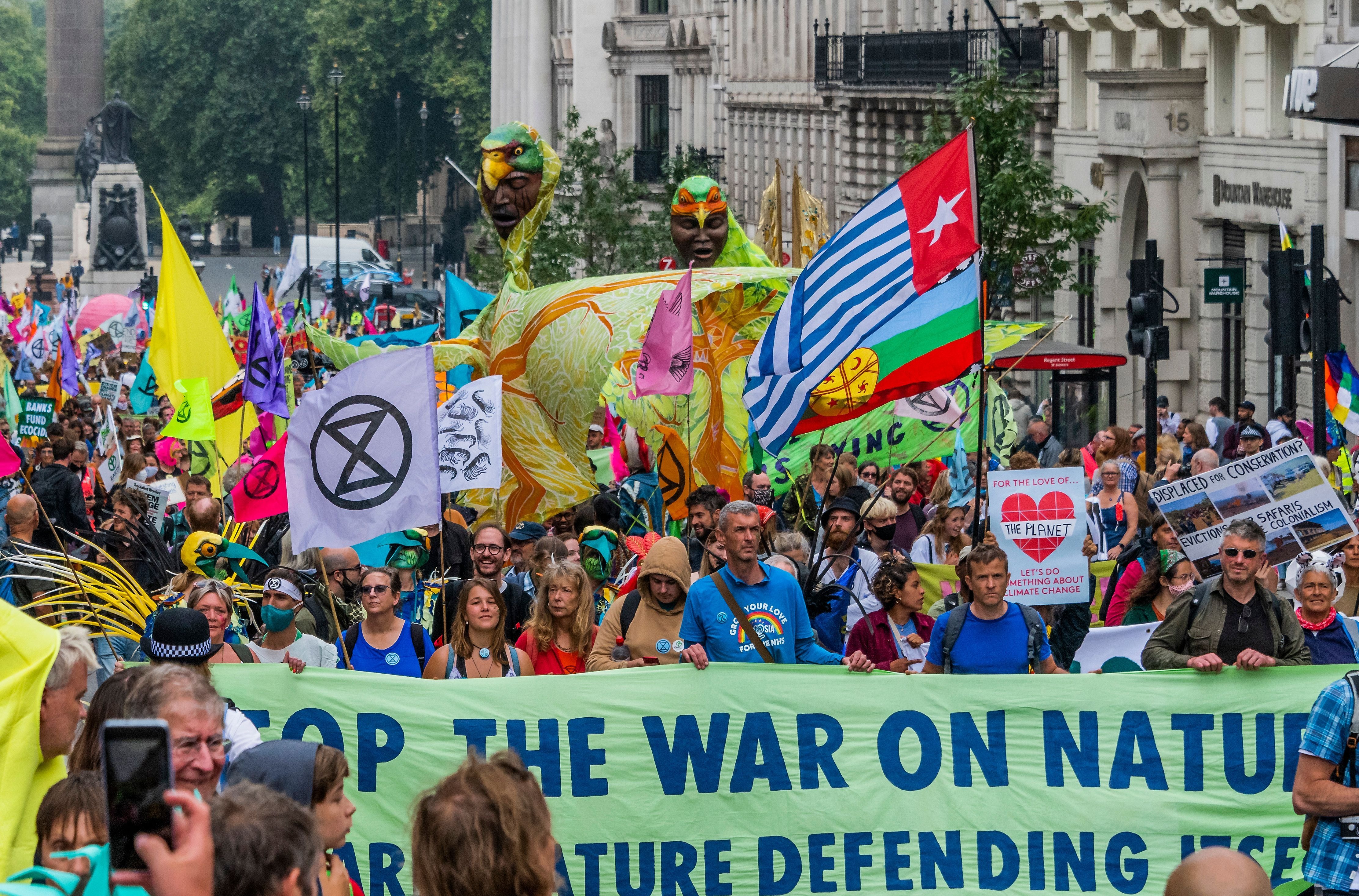 Twist told Times Radio: "It's been extremely busy over the last 10 days, we've had nearly 2,000 police officers every day just looking at trying to manage these protests.

"This is because it's not the numbers of protesters but it's the level of serious disruption that they're looking to cause, which is impacting on other Londoners.

"We've said right from the start, we know Extinction Rebellion has the right to protest and the right to assemble.

"But what we also made clear is these are qualified rights and they have got to be balanced against the rights of the rest of London and Londoners, the people, the businesses, the communities who want to lawfully go about their business.

"Where we've seen cases of both very serious and totally unreasonable disruption looking to be caused, we have to take action and move in and make arrests."

The stark comment comes as previous XR protests, which ran for two weeks, took 21,000 officers to police – that's around 1,500 a day.

Last month, the Met said the disruptive protests had cost the British taxpayer £50million in policing since 2019 and resulted in more than 3,760 arrests, with almost 2,000 people being charged.

In the latest wave of protests, XR activists have targeted a range of landmarks and blocked London Bridge with a bus.

Some have glued themselves to the Science Museum, with the Met revealing it's had to remove 81 people glued to an object and another 52 who've chained themselves to something over the past 10 days.

The Met has also arrested nearly 500 people since the protests broke out.

It said 480 people had been arrested in the capital since XR launched its latest tirade dubbed "Impossible Rebellion" on August 23.

Previous XR protests have seen activists armed with hammers smash the glass at the Barclays Bank HQ in London.

In April, seven activists from the controversial group used tools to break the glass and pasted the message "In Case of Climate Emergency Break Glass" on the front of the building.

And in October 2019, bungling activists attempted to spray fake blood at the Treasury from a fire extinguisher before losing control of the hose and letting the red paint pour across the London street.

Other demonstrations have seen activists create bamboo blockades outside newspaper printing presses in a bid to muzzle the media.

Recently, activists marched through the capital with placards, banners and sashes urging people to "save the planet", with thousands descending upon the Tate Modern before moving across Millennium Bridge.

Demonstrators continued as far as The Bank of England on Queen Victoria St, where they blocked the road.

It is taking place in the run-up to the UN's COP26 summit. 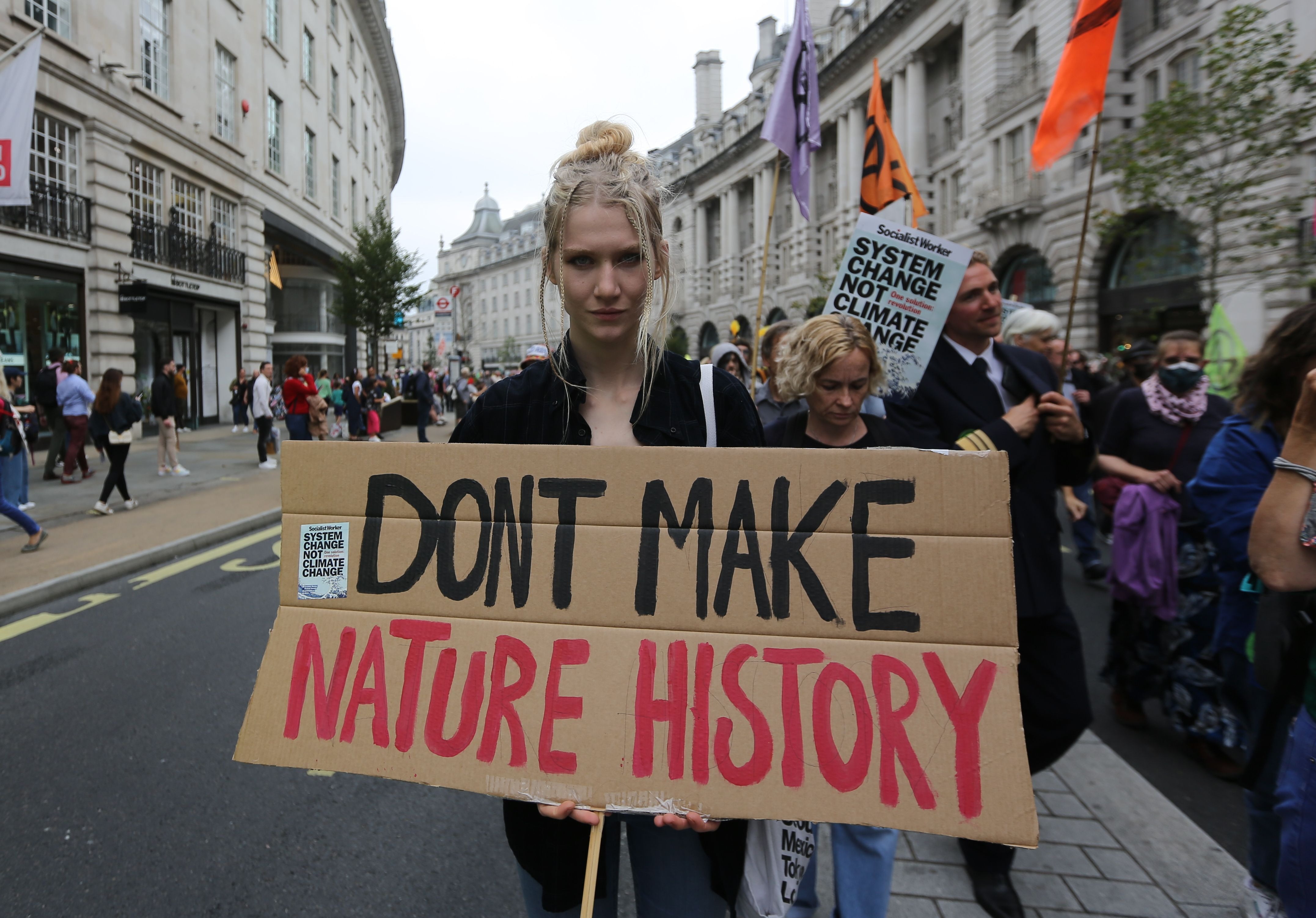 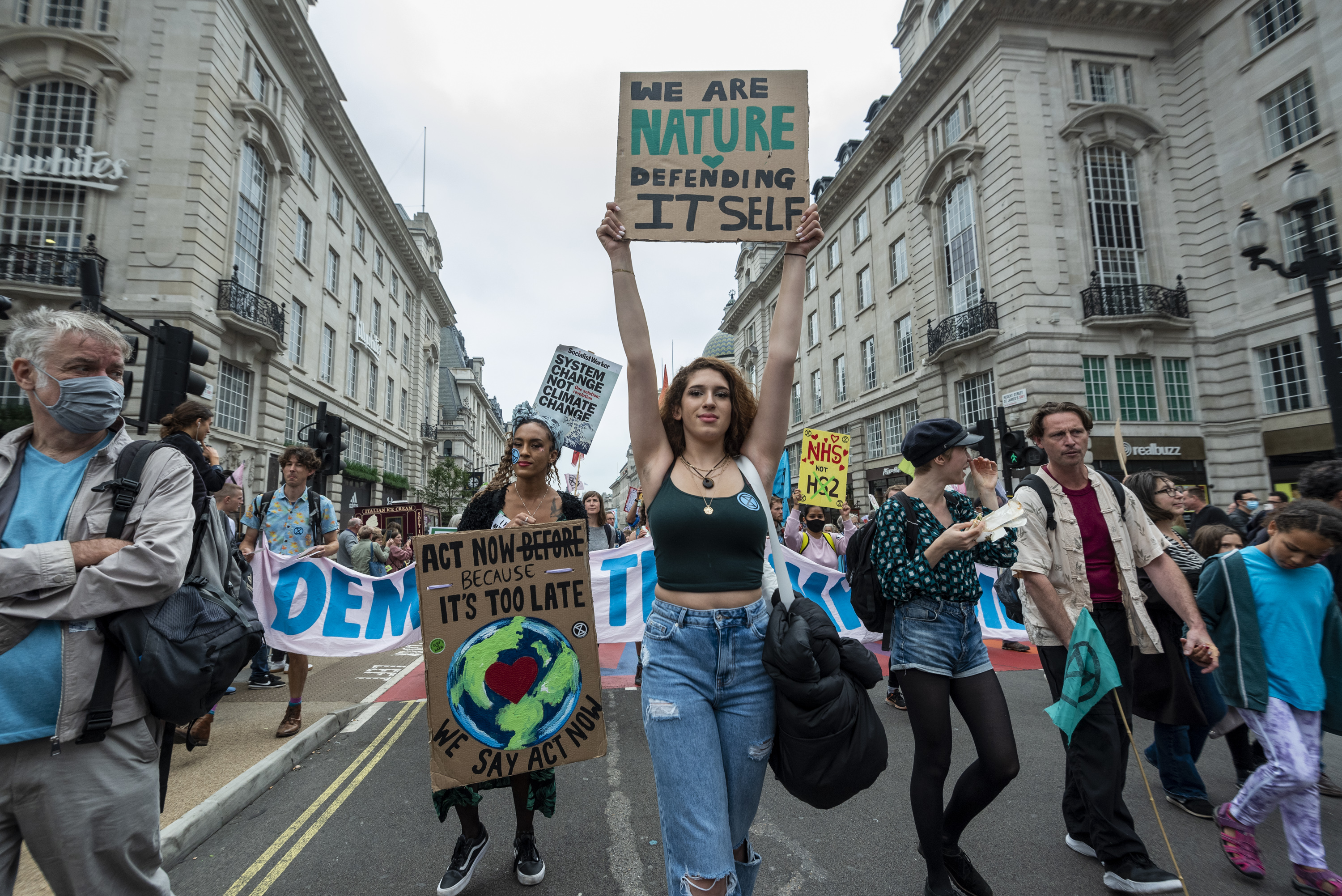 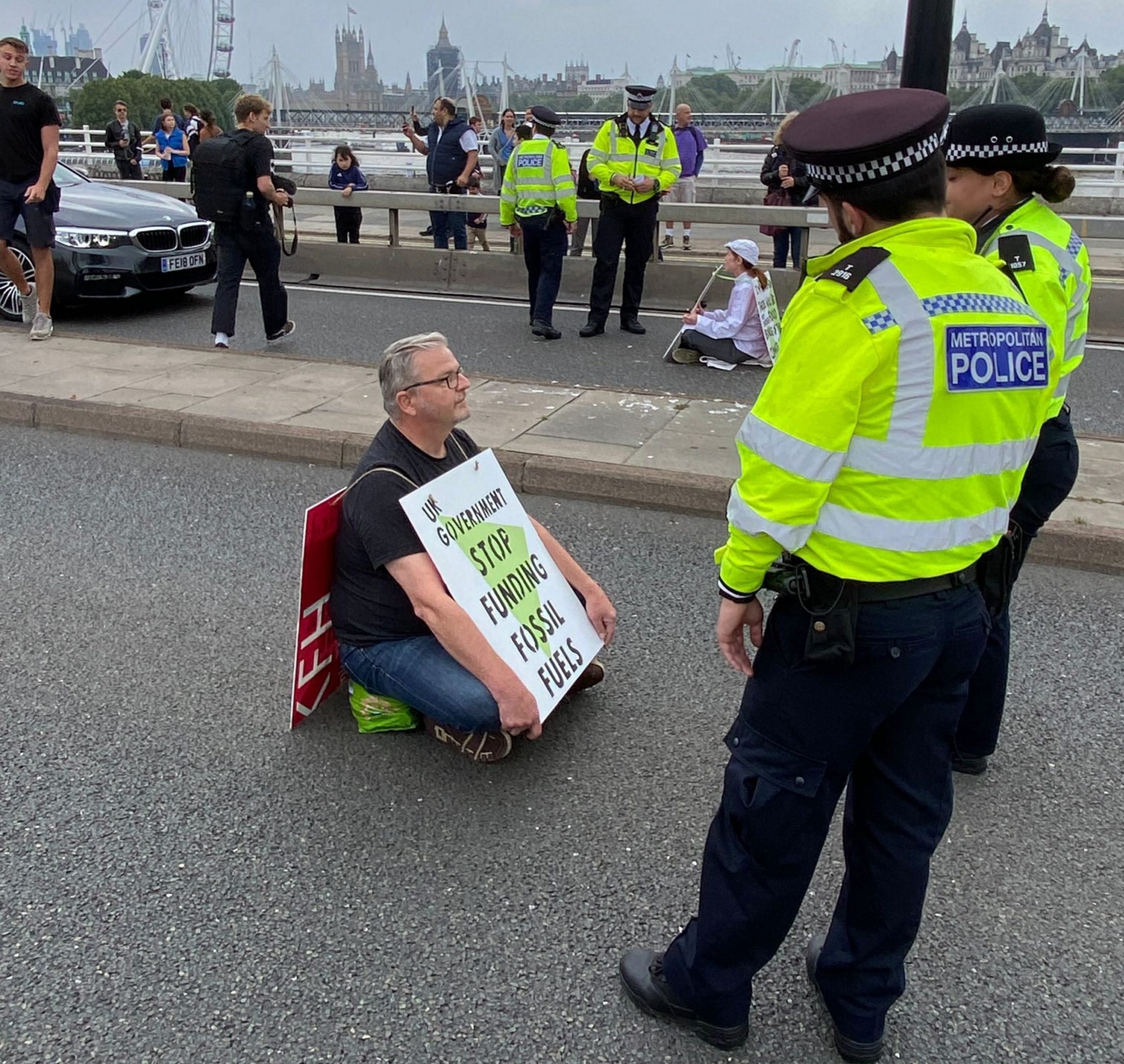