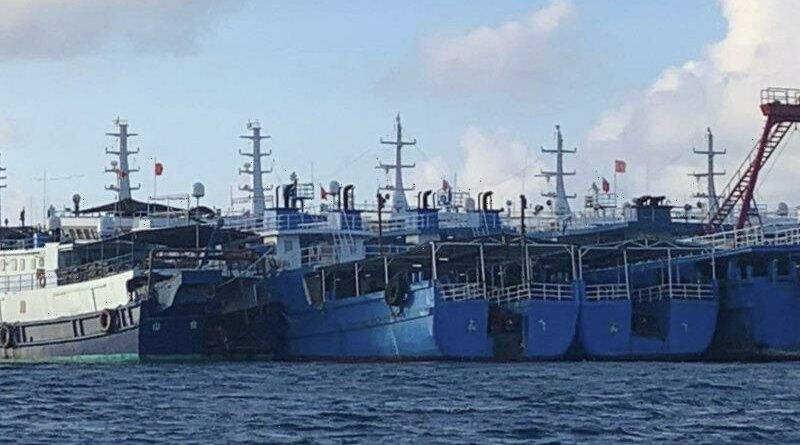 Manila: The Philippines has finalised a deal to acquire a shore-based anti-ship missile system from India for nearly $US375 million ($520 million) to beef up its navy, the South-east Asian nation’s defence minister said.

The Philippines is in the late stages of a five-year, 300 billion pesos ($8.1 billion) project to modernise its military’s outdated hardware that includes warships from World War II and helicopters used by the United States in the Vietnam War. 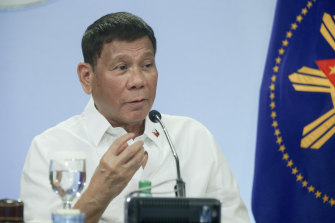 The agreement was conceptualised in 2017, but faced delays in budget allocation and due to the coronavirus pandemic.

In November, there was flare-up in the maritime corridor over Chinese coast guard boats blocking, and firing water cannons at two Philippines military supply vessels in the contested Spratly Islands.

Philippine Foreign Secretary Teddy Locsin jnr immediately expressed “outrage, condemnation and protest” over the incident at Ayungin Shoal, saying it threatened “the special relationship between the Philippines and China”. 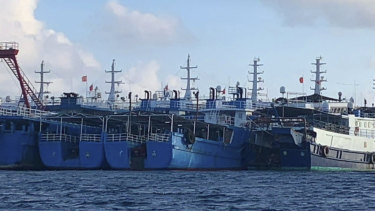 The mooring of Chinese vessels at Whitsun Reef in March triggered a row with the Philippines.Credit:AP

Despite friendlier ties between China and the Philippines under President Rodrigo Duterte, Beijing has remained adamant in claiming large portions of the South China Sea, a conduit for goods in excess of $US3.4 trillion every year.

Brunei, Malaysia, Taiwan and Vietnam also have lodged competing claims in the area China marks as belonging to it with a nine-dash line.

A 2016 international arbitration ruling, however, said the Chinese claims had no legal basis.

In 2019 Duterte said he’d ignore the ruling affirming his country’s territorial claims in the South China Sea in order to advance a joint oil exploration deal with China. But as his term winds down, promises of big-ticket projects and billions of dollars in investments from China remain largely unfulfilled. The oil exploration plans have stalled.