Home » World News » Family who spent £500,000 building new home may have to demolish it

Family who spent £500,000 building their new home may now be forced to demolish it after council said the roof was TWO FOOT too high

A family whose home could be demolished because it is 2ft 5in (75cm) too tall may have to fork out £200,000 for a replacement roof.

It comes after planners complained of dormer windows in the eaves and the roof ridge of the home in Lightwood, Staffordshire, is too high. 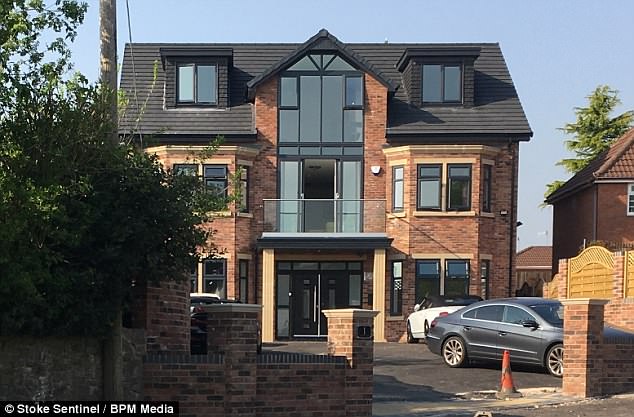 Planners complained that there are dormer windows in the eaves and the roof ridge of the £500,000 property (pictured) in Lightwood, Staffordshire, is too high

Now Stoke-on-Trent city council’s planning committee has given Mr Naseem a three-month stay of execution to allow talks to continue over the property’s fate.

The father-of-five has already spent more than £500,000 building the property since plans for the Sandwell Place development were approved in 2016.

He brought a petition to yesterday’s planning meeting which urged the council not to order the home’s demolition. The family moved in two months ago.

Speaking on behalf of the family, brother Shazad Hussein said: ‘If they take the roof off it’s going to cost £200,000. But we have spent all the money on the house. 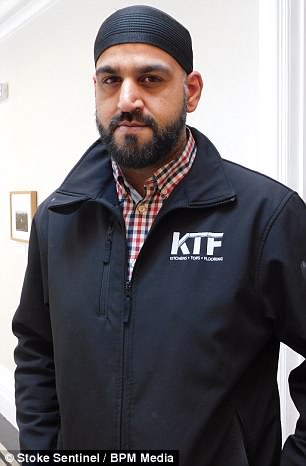 Shazad Hussein (pictured), the brother of Asif Naseem, spoke of his fury at the situation

‘There is nothing else now – where do we find £200,000? There are seven people there who will have nowhere else to go.

‘They sold their other house to fund the new one. If they take the building down by 2.5ft it isn’t going to make any visual difference. If you take 2.5ft off how are you going to see that from ground level?’

He added: ‘The council came in July when the roof wasn’t on and said it was OK. We said to them if you think it’s not right we’ll stop the work.’

The council received 31 objections to the retrospective planning applications and seven letters in support. Council planners recommended taking enforcement action which would lead to the house being knocked down.

Mr Naseem’s representative Rob Pattinson told the meeting: ‘We consider that the action considered by the council’s officers is excessive. It is not reasonable, proportionate or in the public interest to take such draconian action to require the property to be demolished.’

Committee members were divided. Vice-chairman Andy Platt said: ‘It is wrong that this house has been built in the circumstances but what is a proportionate response? Knocking down a whole house that someone is living in is a little over the top.’

But councillor Janine Bridges said: ‘This will set a precedent. It will allow developers to go out there, build what they like and say ‘I would like retrospective planning permission’. I can’t support this planning application.’