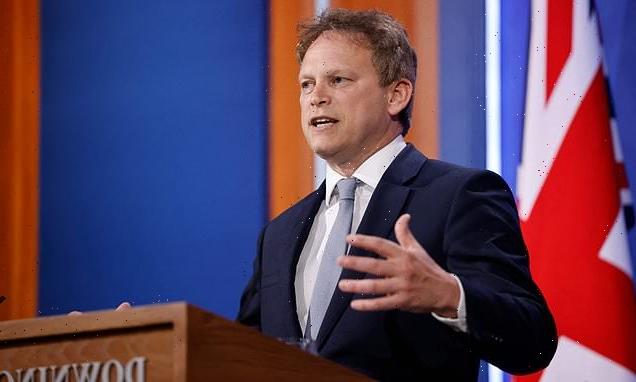 Grant Shapps says fans should not travel to the Champions League final in Turkey as the country has moved into the travel red list – sparking fans to call for the game to be moved to England.

Chelsea and Manchester City are due to meet in the final on May 29 in Istanbul, with around 10,000 fans from the teams due to be allowed in the stadium.

But the ability for Turkey to stage the all-English final has been placed into jeopardy after the country was added to the list of those requiring mandatory hotel quarantine for 10 days on return.

High coronavirus rates have made Turkey one of the high-risk countries that the British government is saying should be visited only for essential reasons. 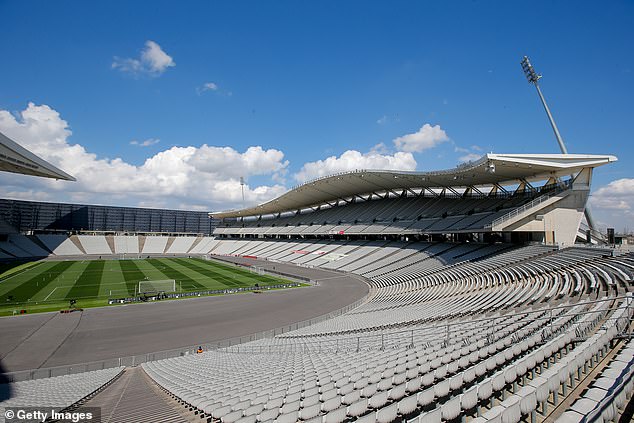 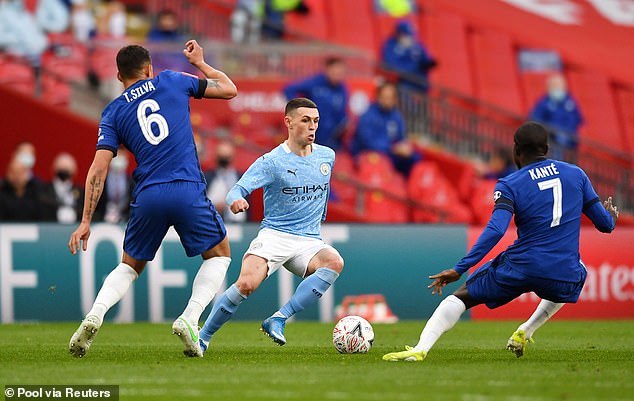 People returning to England from the red-list countries must stay in designated hotels for 10 days at their own expense, with meals delivered to their door.

The Government is now in talks with UEFA over moving the Champions League final between Chelsea and Manchester City to England.

Grant Shapps told a Downing St press conference: ‘I’m afraid we are having to put Turkey on the red list and this will have a number of ramifications.

‘First of all, it does mean with the regards to the Champions League, fans should not travel to Turkey.

‘The FA are in discussions with Uefa already on this. 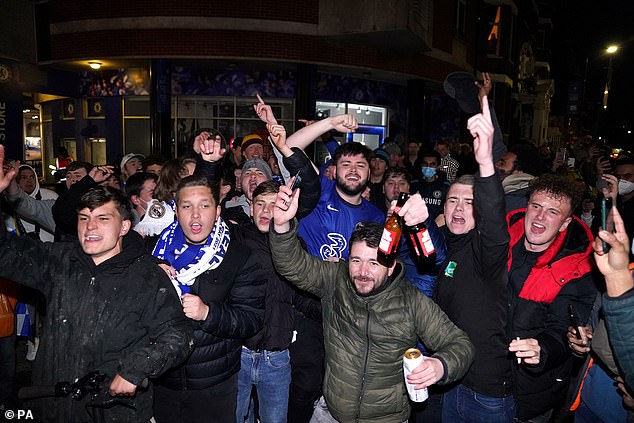 Chelsea fans celebrate outside the ground after beating Real Madrid 2-0 in their semi-final second leg at Stamford Bridge to complete a 3-1 aggregate victory and make the Champions League final where they will take on Manchester City. Picture date: Wednesday May 5, 2021 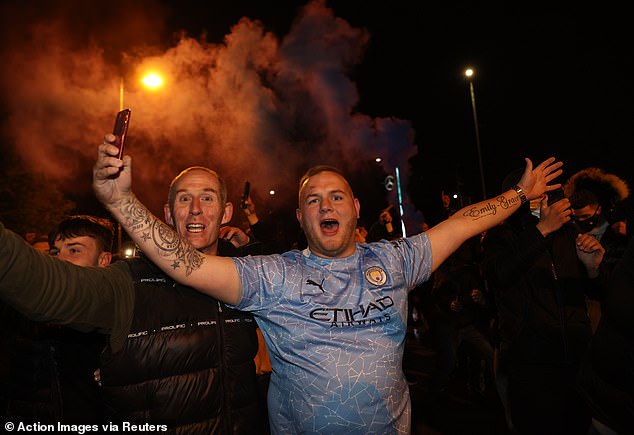 Manchester City fans celebrate outside the Etihad Stadium after reaching the Champions League Final, May 4

‘We are very open to hosting the final but it is ultimately a decision for Uefa.

‘Of course … the UK has already got a successful track record of football matches with spectators, so we are well-placed to do it.’ 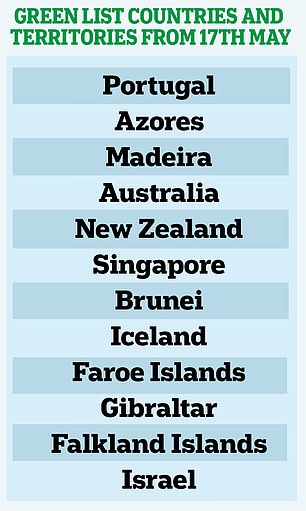 He added: ‘We are very open to it … it is actually, in the end, a decision for Uefa to make, but given there are two English clubs in that final, we look forward to hearing what they have to say.’

Fans have offered varying solutions to the problem of hosting the final in a ‘red list’ country, with many saying it should be held in England instead.

One said: ‘Move it to England, keep it simple.’

Another said: ‘Absolute no brainer to switch the final to UK equidistant venue, e.g. Villa Park or Cardiff.’

Manchester City and Chelsea booked their places in the final on May 29 after overcoming Paris St Germain and Real Madrid respectively earlier this week.

UEFA had insisted it had no plans to change the venue, stating: ‘The UEFA Champions League final will take place in Istanbul on May 29 with a limited number of spectators and we are assured the temporary lockdown which is in force until May 17 should not have any impact on the match.

‘UEFA continues to work closely with the Turkish Football Federation and the local and national authorities to stage the match safely.’

Elite sportspeople would not be exempt from the 10-day hotel quarantine rule upon their return to the UK.

This ruling would cause serious concern for Gareth Southgate’s England squad, who begin their European Championships campaign just 15 days after the planned European final.

Several Three Lions internationals, including key men Raheem Sterling, Phil Foden and Mason Mount, are set to contest the Champions League final and their preparations for the European Championships would be severely damaged.

And Transport Secretary Shapps confirmed the government are in talks to bring the final to England, so fans can attend the Champions League fixture and players remain on course for the European Championships.

Shapps said in a Friday press conference: ‘I’m afraid we are having to put Turkey on the red list, it does mean fans should not travel to turkey.

‘The FA are in discussions with UEFA. We are very open to hosting the final but it is ultimately a decision for UEFA. 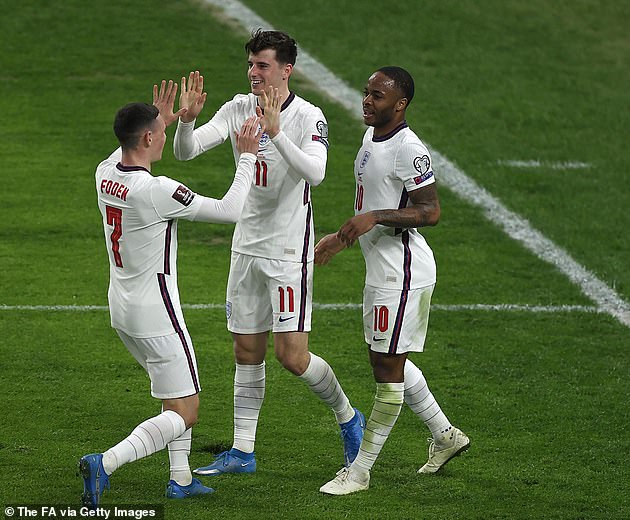 Staging the final in Turkey would mean England players Phil Foden, Mason Mount and Raheem Sterling would have to quarantine for 10 days in a hotel on their return

‘Of course the UK already has successful track record of hosting games with spectators. I have spoken to the secretary of state for culture media and sport but we are very open to it’.

Mr Shapps also confirmed that Nepal and the Maldives were added to the countries in the ‘red list’ along with Turkey – the highest band of coronavirus-stricken countries that have restrictions for UK citizens.

Fan groups have urged UEFA to make a quick decision in light of the government’s announcement.

‘It is important they reach a decision quickly for the sake of the match-going fans, the earlier the better,’ said Ronan Evain, chief executive of Football Supporters Europe.

‘It would be a sensible decision to move the game. Health comes first and playing in Turkey would put thousands of English fans in an impossible position.

‘These are extraordinary times and they should be treated as such. It should not create a precedent for finals to be moved, depending on who is playing in them.

‘But this would have involved thousands of fans moving from one side of Europe to the other. It is legitimate to move the game.’