The real lady of Downton Abbey has described how she was left ‘stumped’ after receiving letters of condolence from devastated fans when key characters in the TV series died.

The Countess of Carnarvon, who lives at Highclere Castle where the series was filmed, said confused fans had got in touch after the fictional deaths of the Downton estate’s heir Matthew and his sister-in-law Sybil.

Speaking at the Chalke Valley History Festival, sponsored by the Daily Mail, she told how the 5,000-acre Hampshire estate had provided inspiration for the show’s creation.

Lady Carnarvon said family friend Julian Fellowes had been partly inspired to write the hugely popular ITV series after staying at Highclere Castle with his wife Emma following its renovation.

She said: ‘So they came to stay some weekends. Thus Julian wrote Downton with Highclere in mind. It’s probably the largest lived in home, apparently, in England and he had it in mind when he wrote it.’

The country house – designed by Charles Barry, the architect behind the Houses of Parliament – provided the setting for the show between 2010 and 2015.

With filming taking over the house for 13-hours-a-day for five months every year, Lady (Fiona) Carnarvon said she and her husband George, the 8th Earl of Carnarvon, had little privacy.

And because of where they lived they received a vast amount correspondence, particularly following the deaths of Matthew Crawley, who was killed in a car crash after visiting his wife and newborn son in hospital, and Lady Sybil Branson, who died after childbirth. ‘We actually got letters of condolence saying that they were very sorry about the loss of Matthew,’ she said. 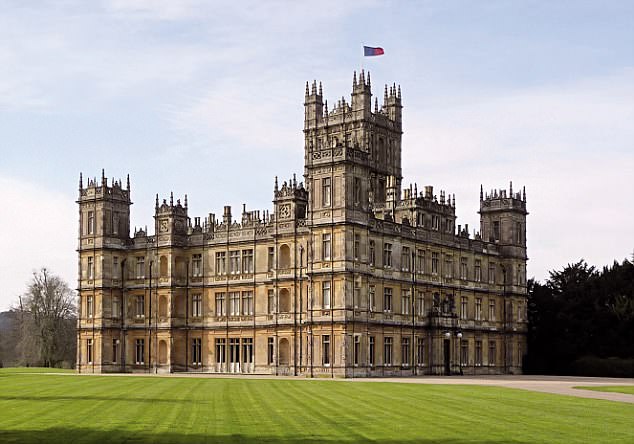 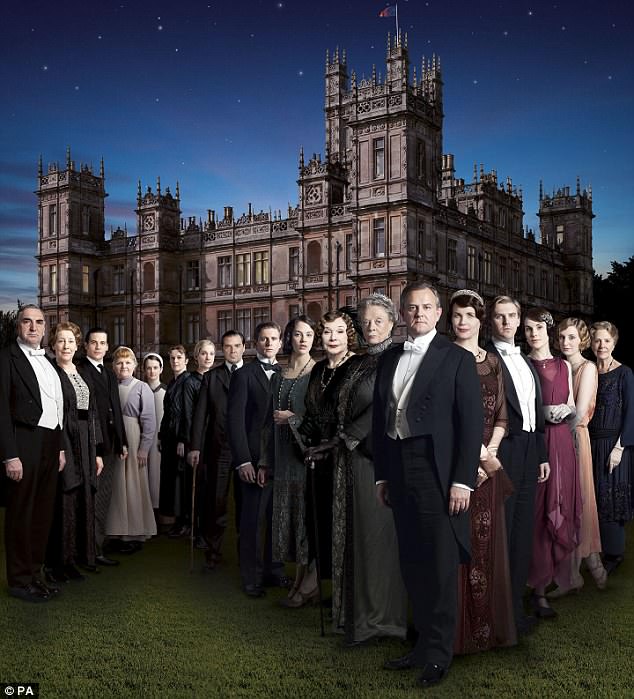 Confused fans got in touch after the fictional deaths of the Downton estate’s heir Matthew and his sister-in-law Sybil. Pictured are the cast of Downton Abbey

‘I try to reply to most letters, but that one did leave me stumped. And I also got letters when Sybil died.’

The former accountant told last year how tourists had turned up to Highclere Castle expecting the real Downton.

‘One tourist said, “I want to see a picture of the Earl of Grantham”, and the guide tried to say it was a television series and in the end the visitor was having none of it and she just said to the guide, “You don’t know anything”, and she walked off,’ she said.

‘I was really embarrassed. (But) if she wants to live in that world… Mostly people enter and it’s a bit of a muddle between Downton and Highclere and what does it matter? It’s brought history to homes and it’s an icon.’