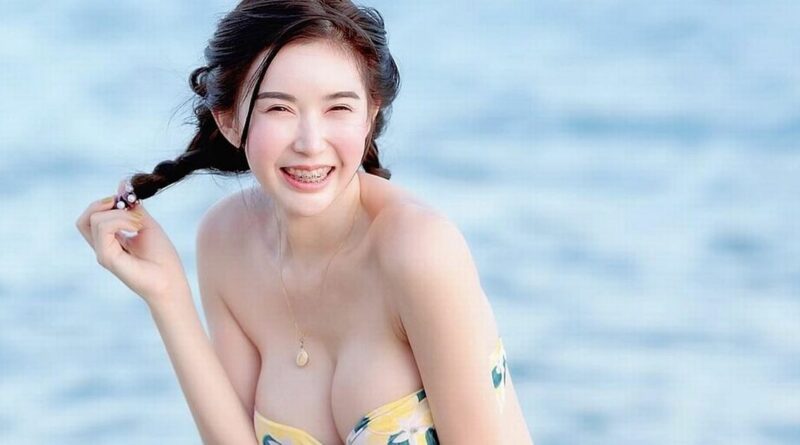 Fans have offered a model £9,500 for her old phone which she has left a number of racy photos and videos on.

Kanokyada Jitampon, who goes by Qa-nan online, was among many in Thailand hoping to get their hands on the new iPhone 14 when it was released there on Saturday (September 17).

However, like many others she found the price to be quite high and wants to offset the expenditure by selling her old iPhone 12 Pro Max – leaving her raunchy content on the device to bump up the price.

Qa-nan has made several posts on social media in recent days, asking for offers and stating that the "price is negotiable".

These posts have been shared, liked and commented on thousands of times. In some, Qa-nan shows a snapshot of the phone's camera reel, offering her fans a glimpse of what sort of images and videos they would be buying.

She has said that she won't delete any of the content on the old phone, and that she isn't worried about it leaking on social media given that her public pages already contain a fair amount of racy posts.

Among the thousands of commenters, many urged Qa-nan to put the device up for sale in an open auction while others stated their prices.

Speaking to local media, the model said that the initial post was just a bit of fun, but that over 3,000 people messaged her privately on Facebook to ask about the price for the phone.

The 400,000 baht remains the highest credible offer she has received so far but she hasn't agreed to sell it yet. Qa-nan admitted that, despite it initially being a joke, she would be more than happy to part ways with the phone and its contents for the right price.

She reiterated in her interview with local media that people should reach out to her online to make an offer.