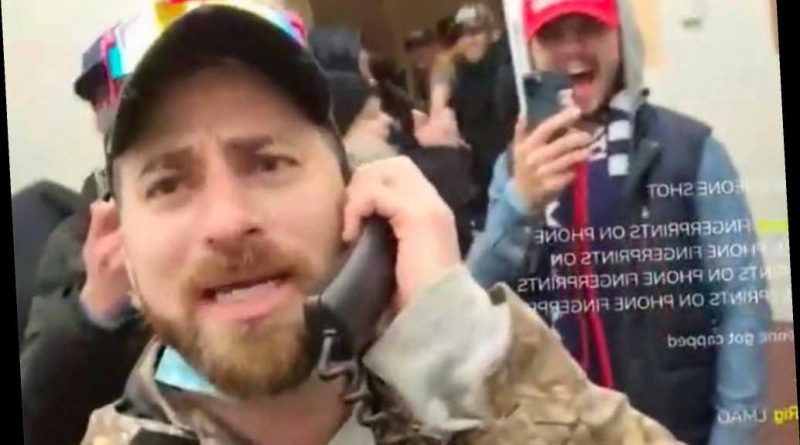 Biden calls Capitol siege an ‘assault on our democracy’

One of the rioters who stormed the US Capitol building is a far-right live-streamer who recently tested positive for the coronavirus — and was seen in the mob without a mask, according to reports Thursday.

Tim Gionet, a white nationalist troll known as Baked Alaska, streamed more than 20 minutes of his breach inside building — wearing no mask at points — as terrified lawmakers were rushed to safety, according to Business Insider.

During his live-stream, on the blockchain service DLive, Gionet interviewed other rioters, hinted that he planned to sleep inside a lawmakers’ office and use a desk phone to call President Trump, the outlet reported.

Gionet was also recorded maskless in the crowd outside the building — just days after he posted a video Monday about testing positive for COVID-19, The Daily Dot reported.

In the video, the far-right troll says he contracted the virus from a bar bouncer and plans to sue the establishment.

It wasn’t clear from the footage when he contracted the virus or whether he had been treated before the US Capital invasion Wednesday.