A MASSIVE sinkhole has opened up in front of the Pantheon in Italy revealing ancient paving stones from 27BC. 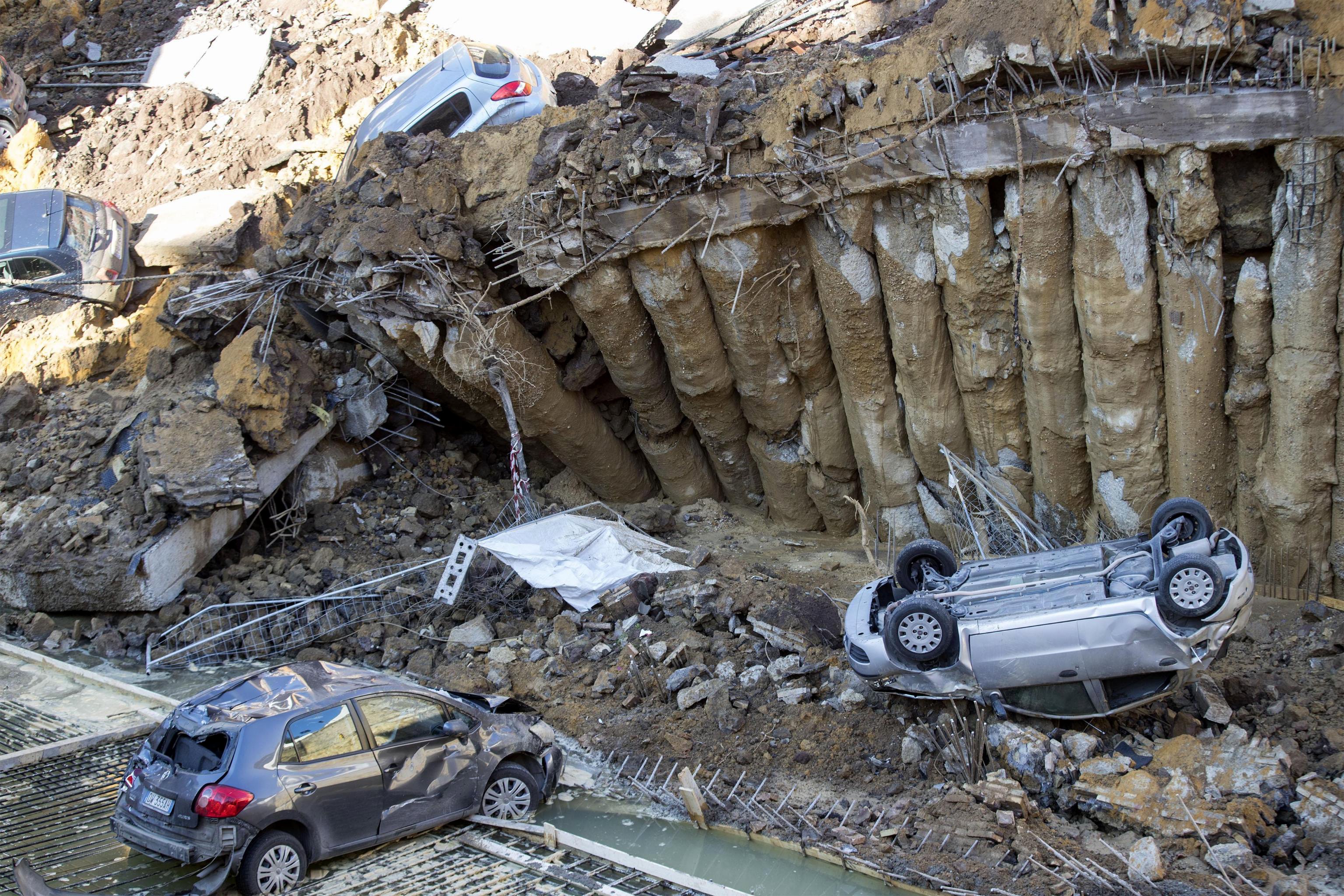 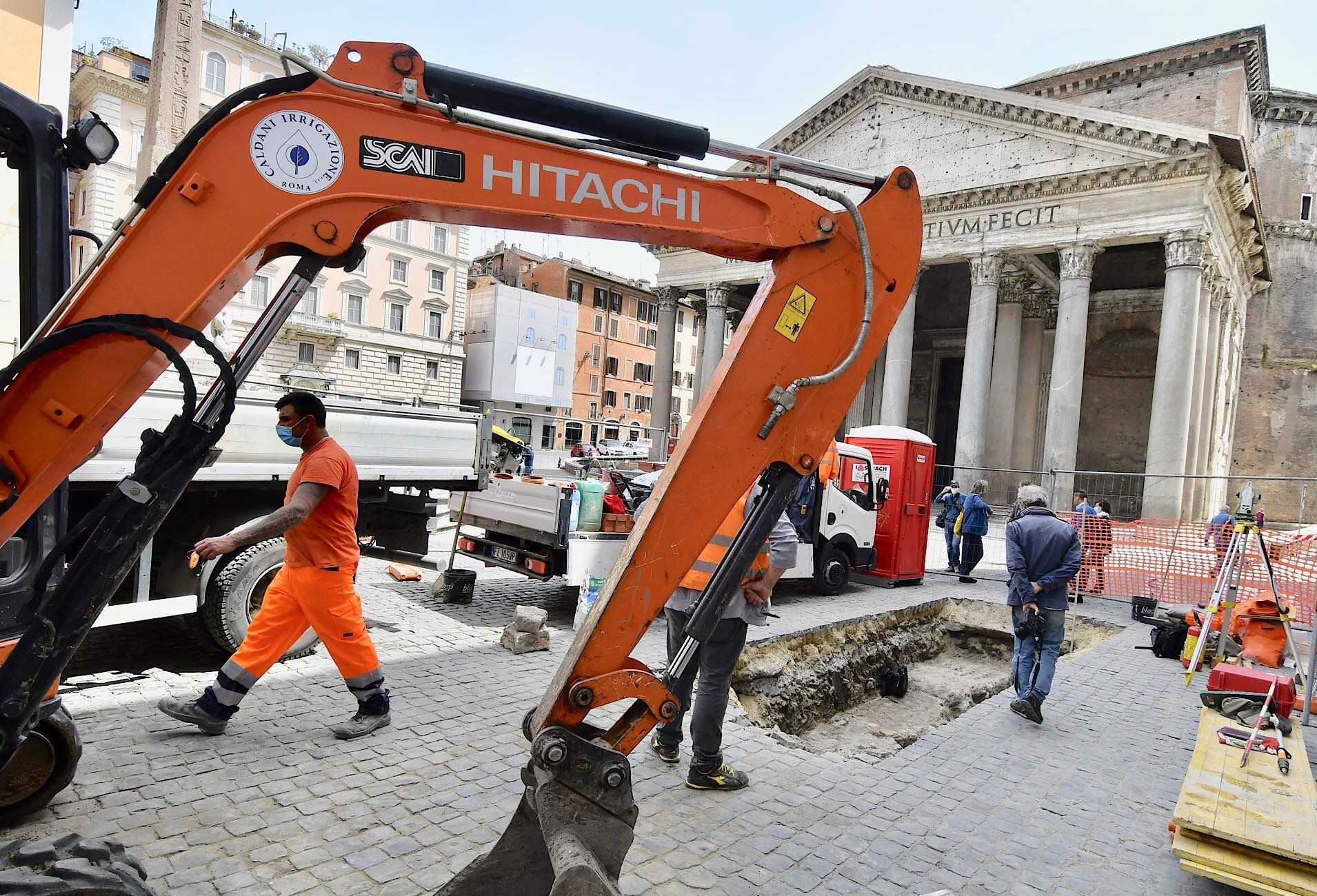 The paving stones below the sinkhole which appeared on Sunday in Rome seem to have been used in the streets around the Pantheon when it was first built.
They were paved over after a series of reconstruction projects in the first century AD.

But they have been unusually well preserved because they were mostly surrounded by pozzolan, a type of dirt with significant amounts of silicon dioxide that absorbs excess moisture and can help prevent rot.

The paving stones themselves were made from travertine, a common building material in ancient Rome used in the Coliseum and many of the city's triumphal arches, which was easily sourced from quarries outside the city.

What is the Pantheon?

The Pantheon is the most intact of all Roman structures in the Italian capital.

It has an impressive dome perched high above a massive circular chamber.

No one quite knows how they rendered such a large dome from concrete.

The Pantheon – meaning 'to every god' – was commissioned as a temple to all the gods of Ancient Rome, and rebuilt by Emperor Hadrian in about 126 AD.

It has been in continuous use throughout its history and, since the 7th century, has been used as a Roman Catholic church.

It was built on top of an earlier temple from the rein of Augustus in as far back as 27BC.

The area had been closed to the public at the time so no one was injured when the 10ft long sinkhole opened on Sunday.

Geologist Stefania Nisio told Adnkronos: 'The most sensitive area is eastern Rome, where materials were quarried in ancient times."

'The main cause of a sinkhole in the city is the presence of an underground cavity."

In 2018, Rome announced a project to reduce the number of sinkholes around the city.
Last year a truck driver was lucky to escape with his life after his vehicle plunged into a 40-foot-deep sinkhole that opened with an “earthquake-like roar” in Naples.

Colleagues rescued the driver from the chasm, which sparked the evacuation of at least 15 nearby residents. 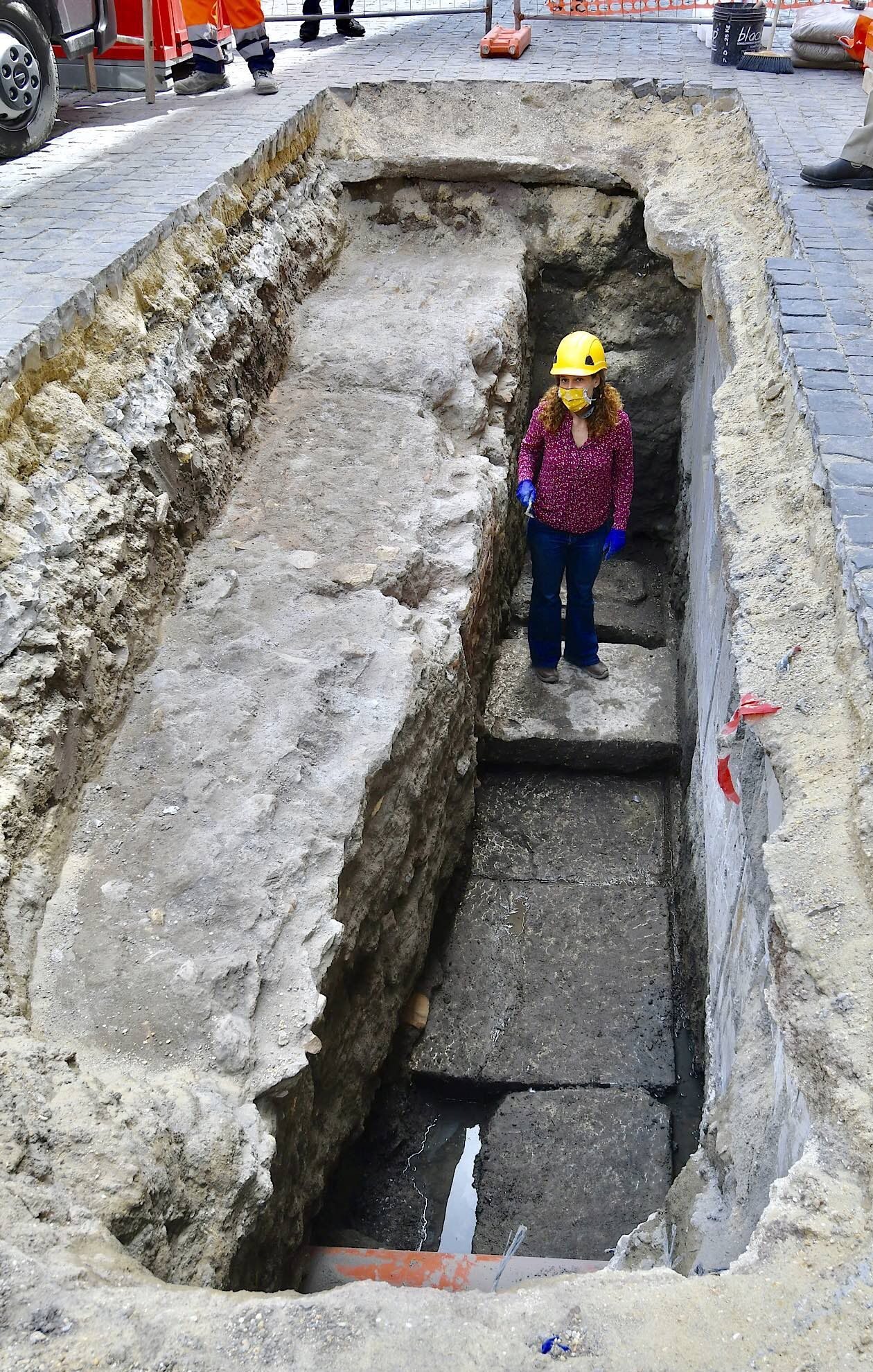 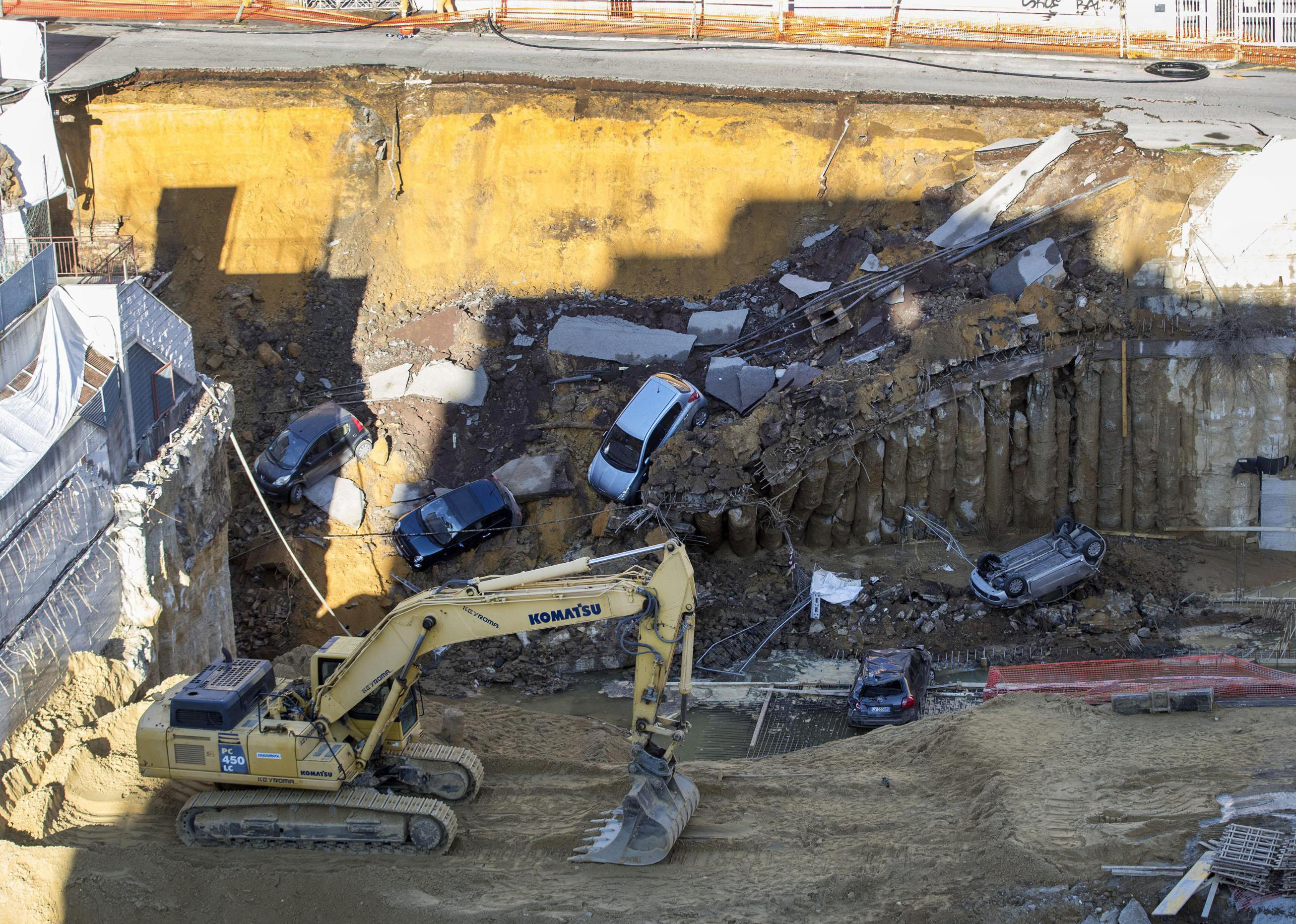