What Harry and Meghan will see! Fascinating timelapse footage reveals the route the royal couple’s carriage will take through Windsor on their wedding day

The video illustrates Prince Harry and Meghan Markle’s progress around Windsor after the service at St George’s Chapel.

It shows landmarks which they will pass, including a statue of Prince Harry’s ancestor Queen Victoria and the Windsor Castle pub.

The footage speeds up along the tree-lined Long Walk before the couple arrive back at Windsor Castle. 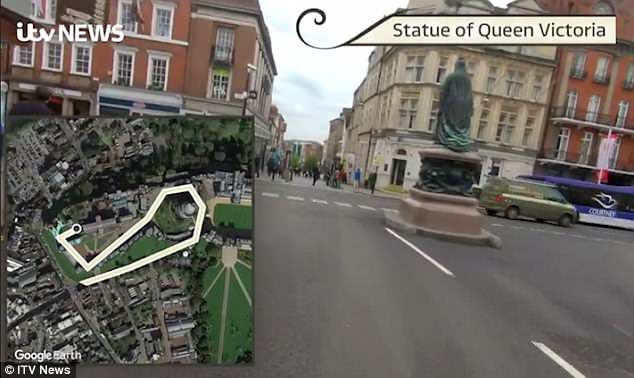 On Saturday the procession will take place at 1pm, after the hour-long service at St George’s Chapel.

It will take the couple down Castle Hill to the High Street and along Kings Road, before turning back to Windsor Castle along Long Walk.

It is used in official and ceremonial state events, and will pulled by Windsor grey horses. The horses seen during today’s parade will be the same ones used on Saturday.

There are five carriages like the one seen today, which are kept in the Royal Mews. They take their name because they are used during the Queen’s procession at Royal Ascot ever year.

As many as 100,000 visitors are expected to flock to the Berkshire town this weekend to catch a glimpse of the newlyweds. 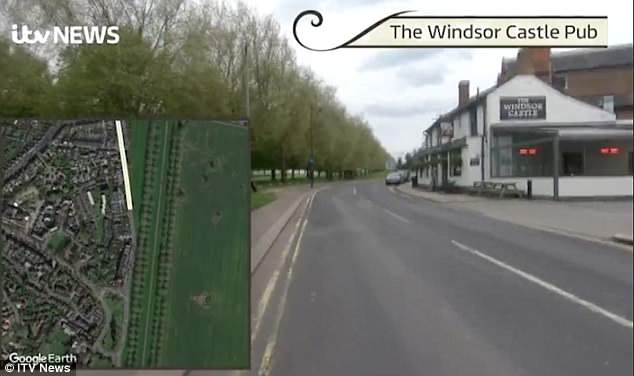 The Ascot Landau carriage, which practised the route ttoday, will pass the Windsor Castle pub 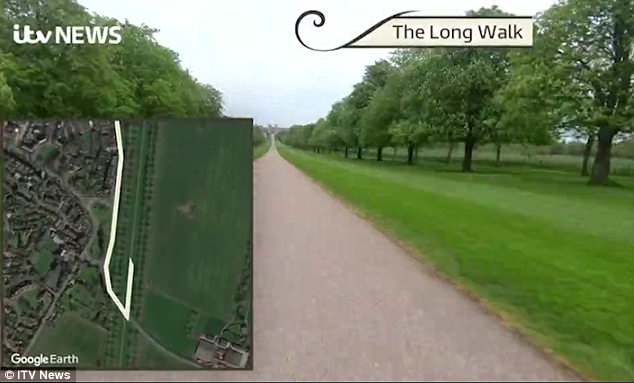