Seat has given a glimpse into the fascinating role its ‘dancing’ robots play to ensure a new car body is manufactured to precision every 68 seconds.

The Spanish car giant employs more than 7,000 staff at its Martorell production facility near Barcelona.

But at the centre of the state-of-the-art factory are 2,000 robots which harmoniously assemble the bodywork for models such as the Ibiza and Leon.

This multi-coloured mechanical workforce move vertically and horizontally on rails and can perform 720º pirouettes. 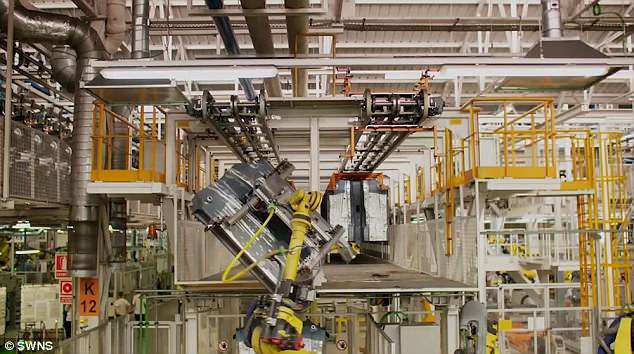 These are the amazing dancing robots from the Seat car plant in Martorell, near Barcelona

The state-of-the-art factory has a total of 2,000 robots working alongside some 7,000 humans

According to Seat, the robots can manufacture one completed car shell every 68 seconds