High Street clothes giants Next, New Look, Matalan and Ted Baker are ditching alpaca fur after bosses were shown gruesome footage of the animals being shorn and sliced open.

Horrifying video shows alpacas crying, dripping with blood and vomit as they are roughly shorn with electric clippers.

The rough shearing leaves the animals with deep wounds, which are then sewn up without adequate pain relief.

River Island, Hunter and Barber have confirmed they have already banned the use of alpaca fibre in their collections. 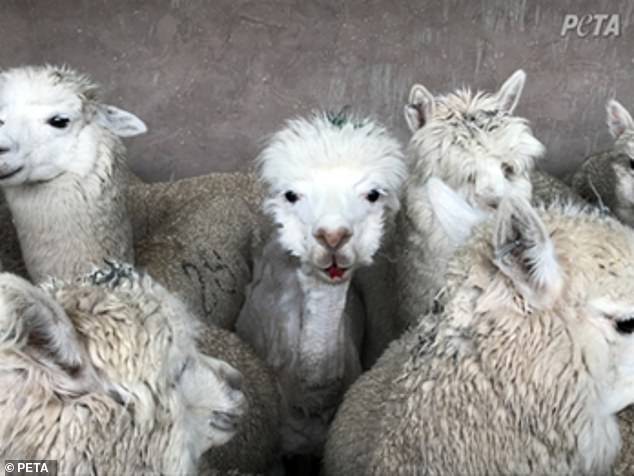 The brands join luxury fashion house Valentino as well as Marks & Spencer and Esprit, which have all previously committed to phasing out the use of the material.

Its director of corporate projects Yvonne Taylor said: ‘Consumers today want nothing to do with materials that animals were tormented for.

‘We urge all retailers to stand up for vulnerable alpacas by following these companies’ compassionate example and introducing a ban on this cruelly obtained material.’

PETA notes that in addition to causing gentle alpacas immense suffering, the production of alpaca fibre is also terrible for the planet. 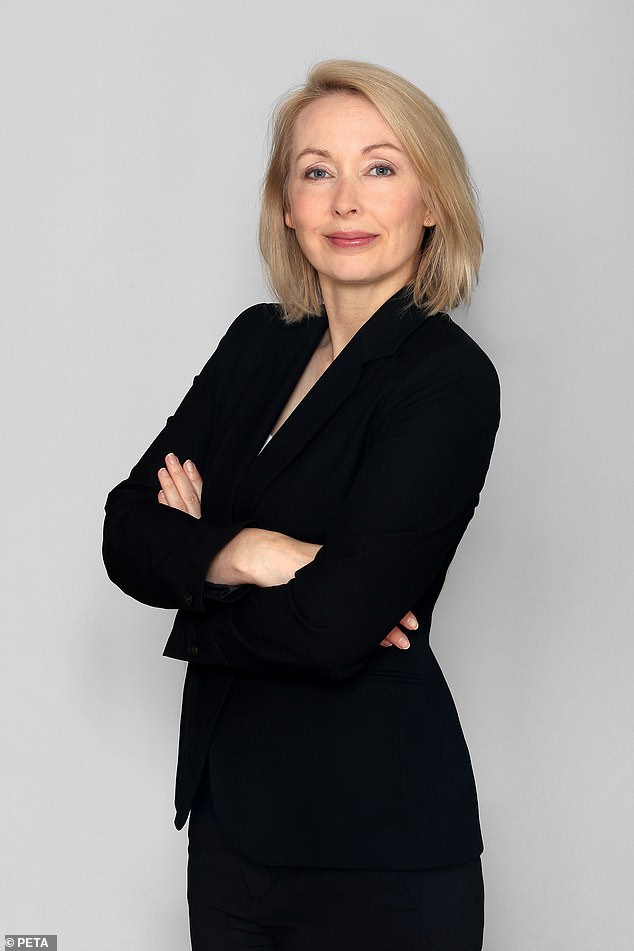 PETA’s Yvonne Taylor said: ‘We urge all retailers to stand up for alpacas by following these companies’ compassionate example and introducing a ban on this cruelly obtained material’

The Higg Materials Sustainability Index ranked alpaca as the second most environmentally damaging material after silk.

It is six times as harmful as polyester and more than four times as damaging as modal, viscose, rayon, lyocell, acrylic, and other vegan materials.

In a statement, the Michell Group said: ‘The shocking images transmitted in the video undoubtedly show excesses that we deeply deplore and affect us profoundly.

‘They have clearly been edited and show unacceptable mistreatment practices carried out by negligent shearers.

‘We want to reiterate our commitment to continue striving to improve our animal welfare, to work for a healthier environment, to provide the best products and services to all of you, to take care of our collaborators, and to contribute to our community, always in an honest and transparent manner.’