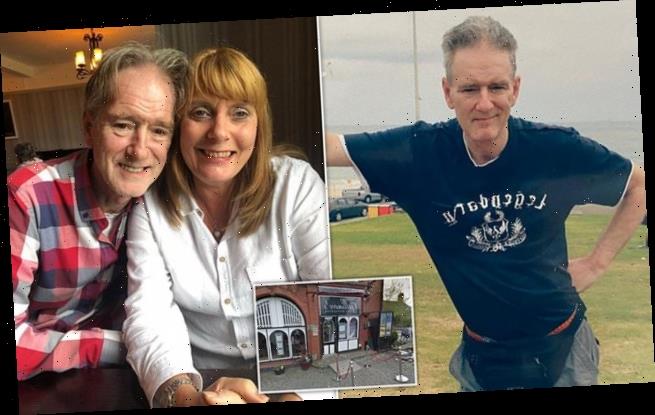 ‘Wonderful’ father, 60, died after choking on steak at restaurant during romantic meal with his wife, inquest hears

A ‘wonderful’ father died after choking on steak while out for a romantic meal with his wife, an inquest has heard.

Mrs Higham said that her husband ordered steak, but after eating between three and four mouthfuls he started to choke.

She took Mr Higham, 60, to the bathroom of the restaurant, slapped him on the back, and did a finger sweep of his mouth to try and free the blocked food.

She said she also tried to perform the Heimlich Manoeuvre but unfortunately was not ‘strong enough’. 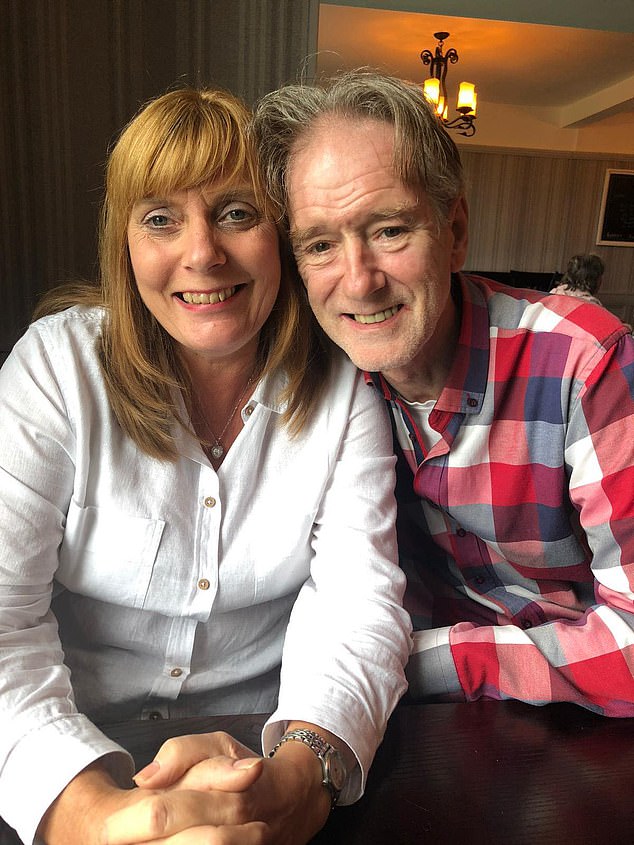 Mark Higham had taken wife Lynne to Gallimore’s Fine Restaurant in Wigan in August last year, when after eating three or four mouthfuls of steak he started to choke, Bolton Coroner’s Court heard

After calling for help, various members of staff at Gallimore’s Fine Restaurant in Wigan tried to assist Mrs Higham by slapping her husband’s back and eventually giving him CPR.

Paramedic Lee Hardman arrived at the scene at around 9.18pm.

He told the court that he was satisfied with the CPR that was already being given to Mr Higham by a member of restaurant staff, so he tried to find the piece of food that had got stuck.

He said that he had brought Magill forceps with him, which are used to remove foreign bodies from people’s throats.

However, Mr Hardman said he couldn’t see anything stuck. 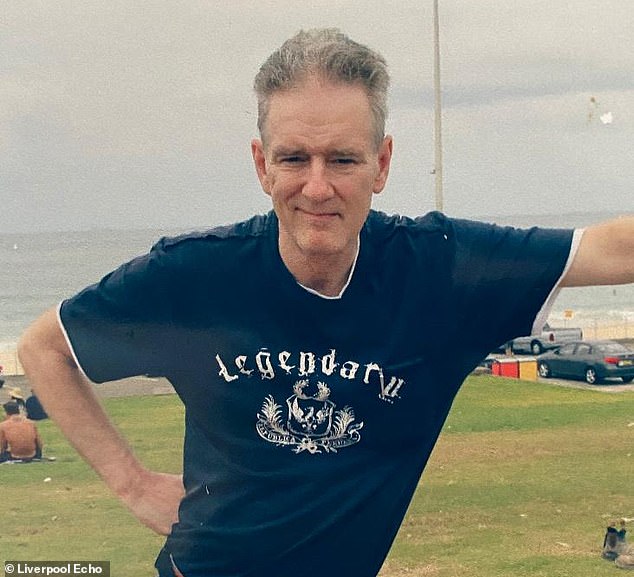 Mrs Higham and several staff members used the Heimlich Manoeuvre and later CPR in an attempt to revive Mr Higham, but he went into cardiac arrest and later died at Royal Albert Edward Infirmary

Mr Higham went into cardiac arrest and was taken to the Royal Albert Edward Infirmary, where he was pronounced dead a few hours later.

Dr Rafat Saad, the lead clinician in intensive care, said that he managed to remove a small piece of food from Mr Higham’s windpipe, which would have been too far down to have been seen by Mr Hardman.

Pathologist Dr Emil Salmo carried out a post-mortem and confirmed the cause of death was ‘choking on food’.

Earlier in the hearing, Mrs Higham told the court that her husband had suffered a number of strokes, including a major one in 2017, and had Parkinson’s disease.

Dr Salmo told the court that people with Parkinson’s disease can be ‘susceptible’ to choking.

The previous strokes and Mr Higham’s condition were recorded as a contributory factor towards his death.

On the night of the incident, Mr Gallimore said two of the restaurant’s designated first-aiders had been working. 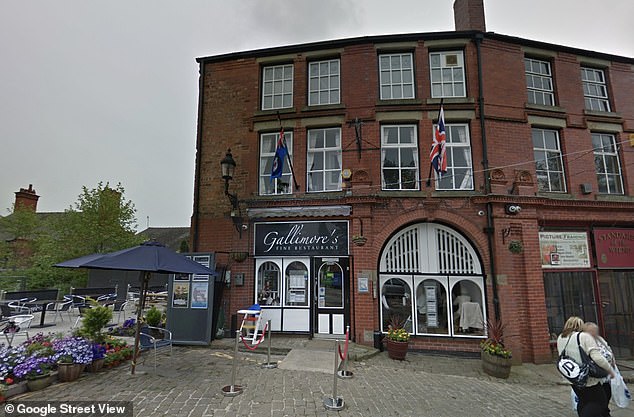 Assistant coroner for Manchester West, Simon Nelson, recorded a conclusion of accidental death. Restaurant owner John Gallimore added: ‘It was a terrible night for everybody’.

He told the court that he did not believe his staff or himself could have done any more to help Mr Higham.

Mr Gallimore added: ‘It was a terrible night for everybody’. Assistant coroner for Manchester West, Simon Nelson, recorded a conclusion of accidental death.

He said: ‘Against a background of increasing frailty and physical health, following a major stroke in 2017, the deceased accidentally choked on a bolus of food, ingested at a local restaurant in Wigan.

‘Notwithstanding extensive emergency care given by both staff and paramedics at the scene, he was conveyed to the Royal Albert Edward Infirmary Wigan, where the fact of his death was confirmed at 3.25am on August 28.’

During the hearing, Mrs Higham paid tribute to her ‘wonderful’ husband.

She told the court he had grown up in the Whitley area and had attended Wigan Grammar, before going on to study electrical engineering at Imperial College London.

He worked as a chartered electrical engineer, before his retirement due to ill health in around 2013.

Mrs Higham said: ‘He was just a kind, wonderful father and husband. He was looking forward to being a grandfather.

‘He loved to go on holiday three to four times a year and he liked his steam trains.’

Speaking about the night of the incident, she added: ‘I’m still reliving it everyday’.

Mr Gallimore also noted that nobody he had spoken to about Mr Higham had a bad word to say about him.

At the conclusion of the inquest, Mr Nelson added: ‘From everything I have heard and read, I have no doubt in my mind that Mr Higham was a very, very fine individual.’