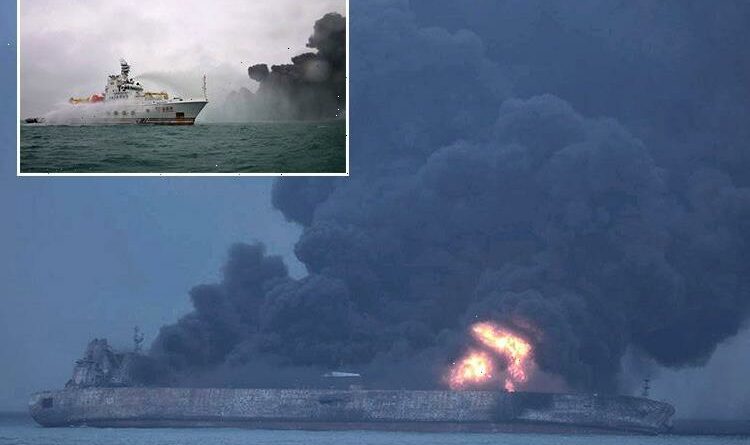 AN oil tanker that caught fire after colliding with a freighter off China's east coast is at risk of exploding and sinking.

Fierce fires and poisonous gases have been engulfing the tanker and surrounding waters, Chinese media reports, hampering efforts to put the fire out. 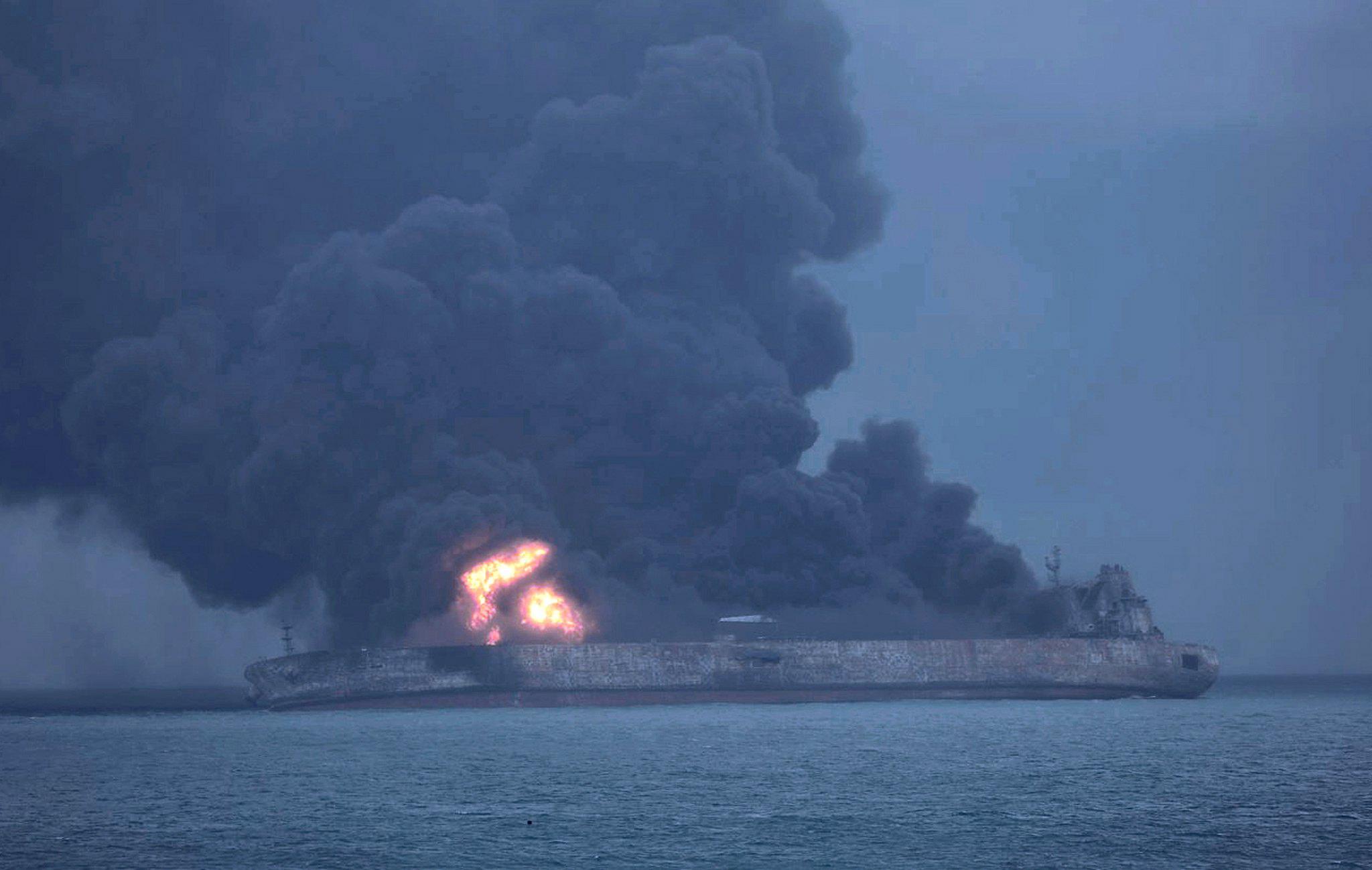 Now experts fear the merchant ship could explode and its contents spill in what could be one of the worst environmental disasters since the tanker Exxon Valdez spilled 1.26 million barrels of crude oil off the coast of Alaska in 1989.

This badly damaged local ecology and the area's fishing-based economy.

The Sanchi is carrying one million barrels.

Meanwhile state broadcaster China Central Television, citing Chinese officials, said none of the 30 Iranians and two Bangladeshis who have been missing since the collision late Saturday had been found so far.

The Panama-registered tanker Sanchi was sailing from Iran to South Korea when it collided with the Hong Kong-registered freighter CF Crystal in the East China Sea, 160 miles off the coast of Shanghai, China's Ministry of Transport said.

China, South Korea and the US have sent ships and planes to search for the Sanchi's crew, all of whom remain missing. 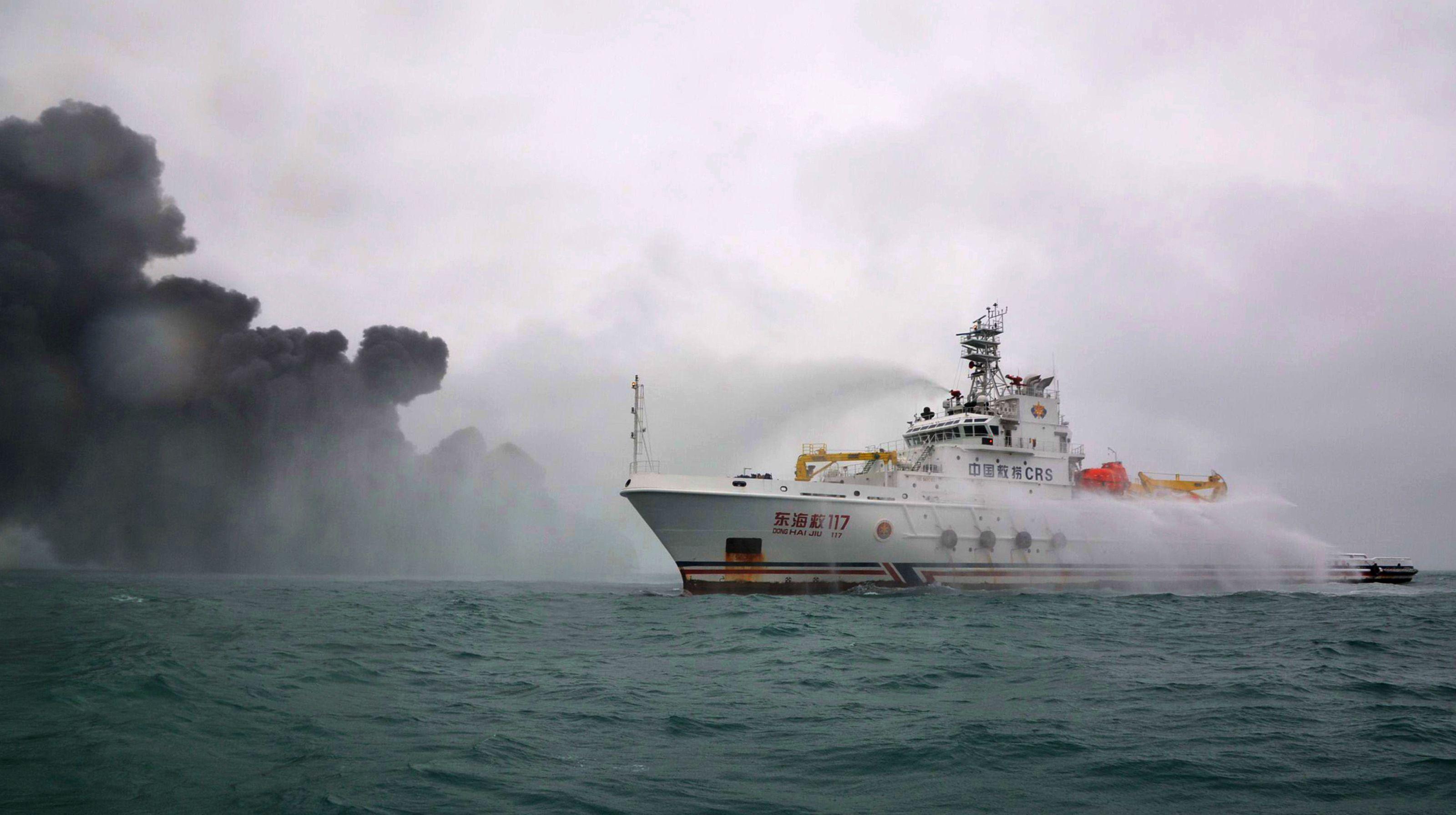 All 21 crew members of the Crystal, which was carrying grain from the United States to China, were rescued, the Chinese ministry said.

It wasn't immediately clear what caused the collision.

Kwon Yong-deok, a Korea Coast Guard official, said thick black smoke was still billowing from the ship this afternoon and bad weather was worsening visibility at the scene.

The Sanchi was carrying 150,000 tons, or nearly 1 million barrels of condensate, a type of ultra-light oil, according to Chinese authorities.

But the size of the oil slick from the Sanchi and the scale of the environmental toll may be smaller. 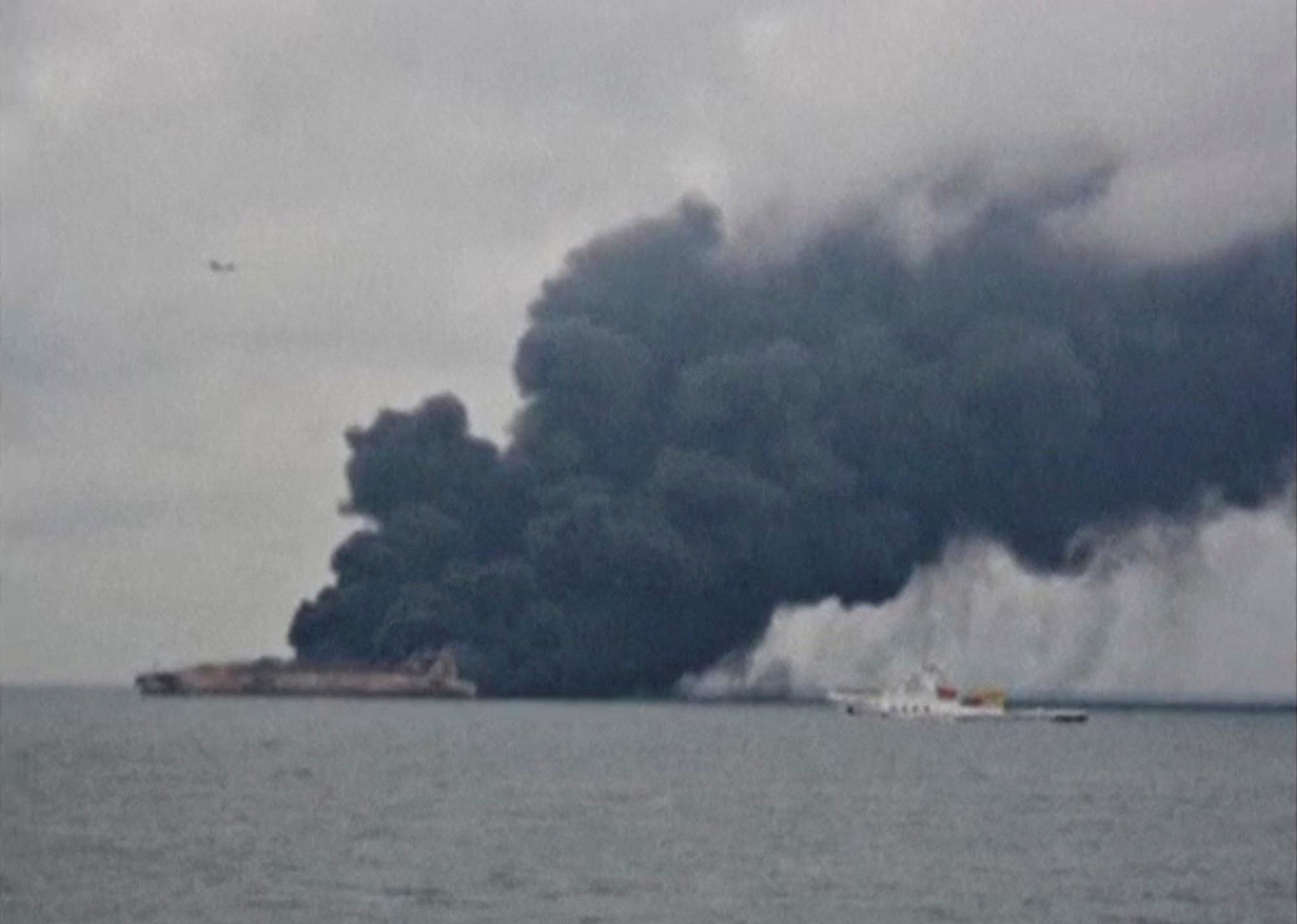 South Korean petrochemical company Hanwha Total Co., a 50-50 partnership between the Seoul-based Hanwha Group and French oil giant Total, said in an email to the AP it had contracted the Sanchi to import Iranian condensate to South Korea.

A Hanwha Total spokesman, who asked not to be named citing office policies, said there is "little possibility" that condensate would leave traces in the ocean after it burned.

He added the losses would be covered by an insurance company.

The tanker has operated under five different names since it was built in 2008, according the UN-run International Maritime Organization.

The IMO listed its registered owner as Hong Kong-based Bright Shipping Ltd., on behalf of the National Iranian Tanker Co., a publicly traded company based in Tehran.

The National Iranian Tanker Co. describes itself as operating the largest tanker fleet in the Middle East.