London: Australia has backed a push to beef up the powers of the international chemical weapons watchdog, amid warnings that the global consensus banning their use is falling apart.

It is one of a group of countries who want The Hague-based watchdog, the Organisation for the Prohibition of Chemical Weapons, to start naming those responsible for chemical attacks in Syria, rather than (as is currently the case) just confirming they took place. 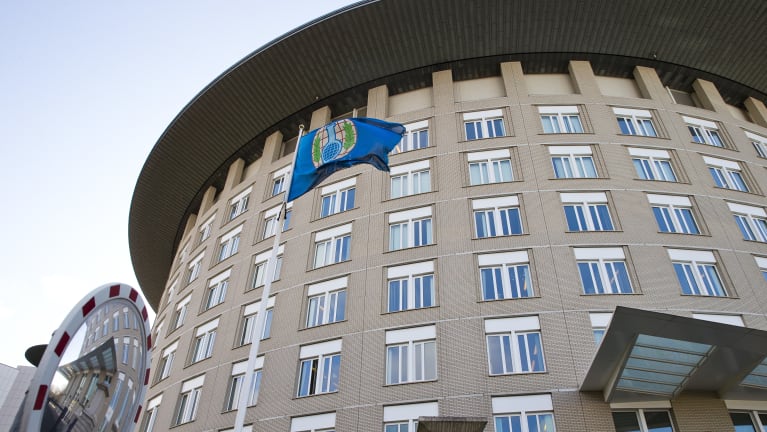 Headquarters of the Organisation for the Prohibition of Chemical Weapons in The Hague, Netherlands.

And the countries, led by the UK and including Australia, Canada, France, Germany, Turkey and the USA, want the OPCW to eventually name the users of chemical weapons in any attack anywhere in the world.

But the move is being resisted by Russia, Iran and Syria, who argued the OPCW is being politicised to push for regime change in Syria.

In a passionate speech at an OPCW meeting in The Hague on Tuesday, Australian government representative Brett Mason said the ban against the use of chemical weapons would become “empty rhetoric” and “hollow ritual” if those responsible for their use were not identified through the OPCW’s rigorous, independent scientific investigations.

“Without attribution, without holding nations and non-state actors to account, our world will be less safe, that is for sure,” he said. 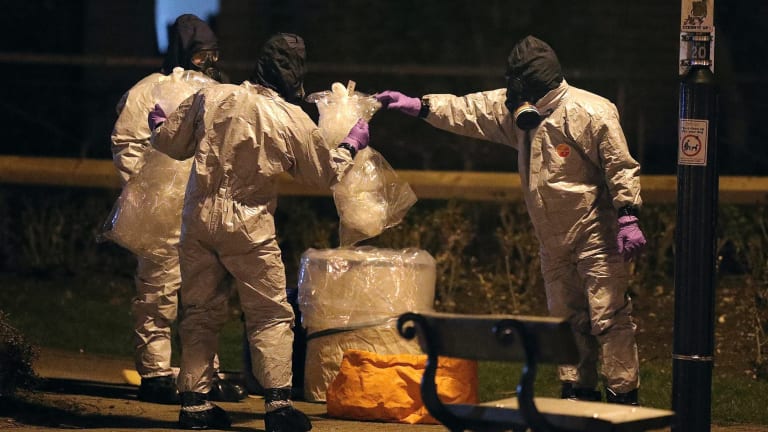 Investigators in protective suits at the scene of the nerve agent attack in Salisbury, England.

“Those who use chemical weapons will more confidently wear a cloak of impunity… what is the point of a disarmament regime when you cannot with confidence attribute responsibility for their use?”

In the last few years there have been many confirmed uses of chemical weapons: by the regime in Syria, by ISIL in Syria and Iraq, the assassination of North Korean Kim Jong-nam in Malaysia and the attempted assassination of ex-Russian spy Sergei Skripal in Salisbury, UK. 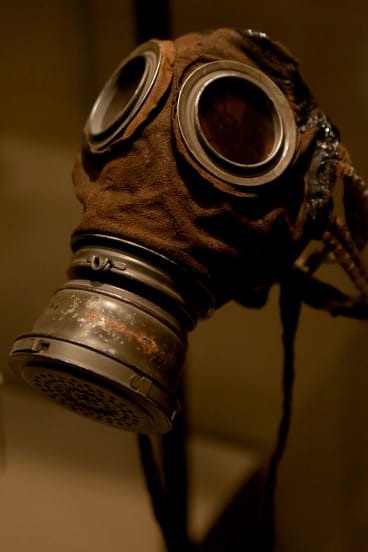 Gas protection clothing as seen at The WWI Centenary Exhibition at Melbourne Museum in 2015.

OPCW director general Ahmet Üzümcü said there had been repeated use of chemical weapons since 2013.

“Currently there is no mechanism that would ensure that those who use chemical weapons are held fully accountable,” he said.

Last year Russia used its UN Security Council vote to veto the renewal of the Joint Independent Mechanism, which had been charged with identifying the perpetrators of chemical attacks in Syria. The JIM had repeatedly found the Assad regime responsible for such attacks.

“Investigations of alleged use of chemical weapons are essential if we are to preserve the core norms of the Convention (against their use), its credibility, and its integrity,” Mr Uzumcu said

“If accountability is avoided, the potential re-emergence and acceptance of chemicals as weapons of war and terror will not be deterred.”

Other countries’ representatives also told the meeting they feared the effort to end the use of chemical weapons was under threat. 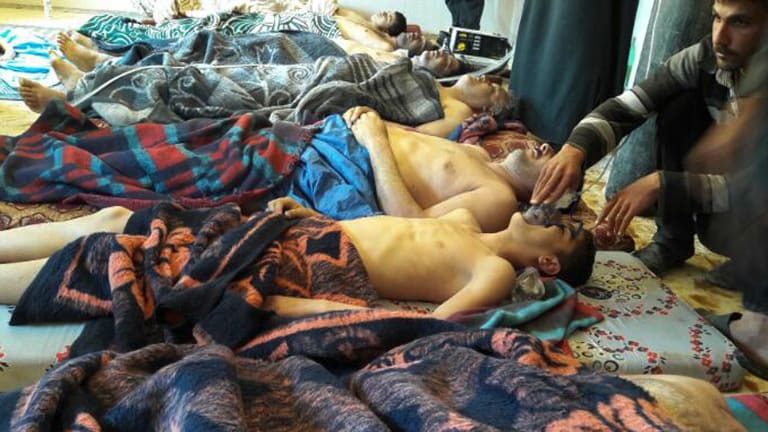 Victims of a chemical attack in Khan Sheikhoun, Syria, receive treatment in April.

Germany’s representative said the global ban against their use was “under attack” and “broken time and again”.

France – on whose soil chemical weapons were first used in World War 1 – said their re-emergence “imperils the project for a safer world” and warned of a new risk of proliferation.

UK foreign secretary Boris Johnson said the “tragic reality is that chemical weapons have been used and are being used”, despite the global ban that dates back to 1925.

“At present OPCW experts will say where and when an attack happened but not who was responsible,” he said. “If we are serious about upholding the ban on chemical weapons that gap must be filled. 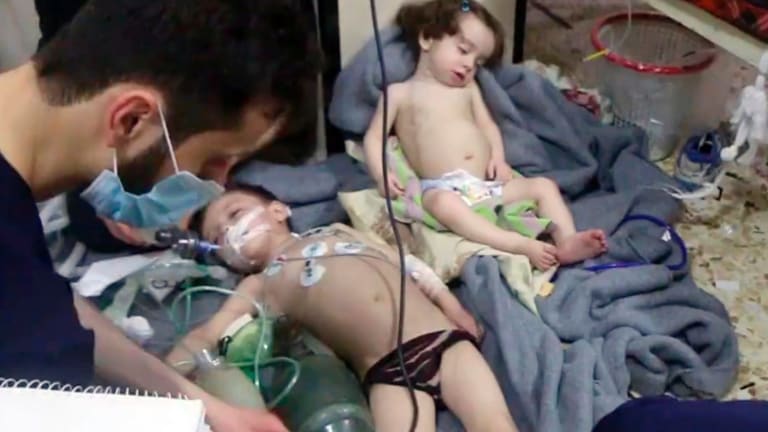 “We cannot allow the global ban on chemical weapons, a signal achievement of democracy, to be eroded away. What kind of a failure would it be if we were to cast aside in our generation the work of generations of diplomats and scientists?”

He said the taboo on such weapons was being replaced by a taboo on identifying those responsible.

But Russia’s representative said the UK’s push was “an attempt to undermine the mandate and the sovereignty” of the UN Security Council, and questioned the impartiality and reliability of the OPCW in recent investigations in Syria.

And the Syrian representative said the US had a “grand design” for regime change in Syria, and had worked to politicise the OPCW to achieve this.

He denied his country’s use of chemical weapons.

Australia’s representative Brett Mason said a move to attribution of attacks would not politicise the OPCW: “what is political is the denial of facts, the rejection of expertise and the undermining of (the OPCW) and the (chemical weapons) convention”, he said.

The OPCW members will vote on Wednesday whether to adopt the UK’s resolution.