Fears grow for missing private school pupil, 15, who may disappeared over claims he cheated after getting 100% on an exam 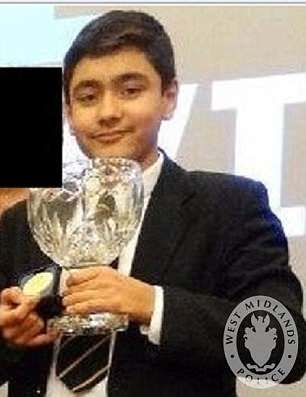 Abhimanyu Chohan, 15, is a ‘high flyer’ according to his family

A teenager has been missing for four days after being dropped off at school sparking fears over his safety.

Police in Coventry are searching for Abhimanyu Chohan, 15, who may have taken off over fears he would be in trouble at school.

The high achiever recently scored full marks on a test and believed he may be accused of cheating, officers said.

He has not been seen since being dropped off at King Henry VIII Independent School in on Friday May 18, by his mum.

Abhimanyu changed his clothes and walked out of school, CCTV by the BP garage on the A45 Fletchamstead Highway in the city has shown.

Dad Varinder Chohan, 46, said: ‘We just want him back safe, this is so unlike him. He’s a bit of a high flyer, he’s a smart kid but he’s not street wise.

‘We’re worried he may have though the was in trouble because he got top marks on a mock exam paper.

‘We think he might have seen the paper beforehand but we’re not sure exactly what happened.

‘I think he just panicked and took off but its been four days now and we are worried sick. 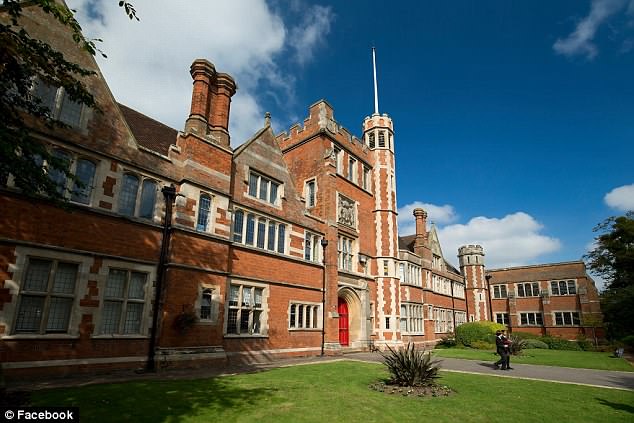 The missing boy was dropped off at King Henry VIII Independent School on May 18 before he went missing. His family say he is not in trouble and want him home safely

‘He hugged his mum at the start of the day and then walked off, we’ve searched everywhere for him.’

Speaking to CoventryLive, Abhimanyu’s mum Navneet, 43, said that her son only turned 15 a week or so ago and ‘was so happy’.

‘Police came and said ‘we can do more but have to wait until we are on high alert’.

‘They said maybe he is having time for himself and wants to clear his head.’

His aunt Manjit Sahota said: ‘He is on his own and has no money. Anybody could pick him up and anything could go wrong.

‘It’s four days we have been crying and police just say they will pass it to other officers.

‘We are just sitting there watching the clock and listening for the door.

‘They keep saying wait for the high alert – is that until they find him dead?’

Relatives have been joined by friends and neighbours to help search for the teenager. 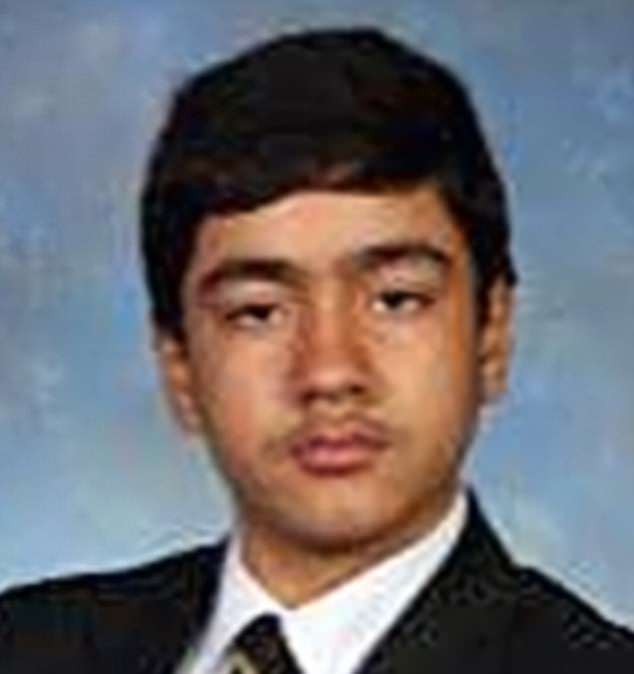 ‘Abhimanyu was dropped off at school last Friday morning, May 18, but did not attend school.

‘Before registration, Abhimanyu got changed out of his school uniform and into a blue t-shirt, beige trousers and blue trainers.

‘He was last seen at around 8.45am walking away from school and down Leamington Road past St James’ Church and towards the BP Garage where the A45 crosses the Leamington Road.

‘We are all concerned about Abhimanyu’s whereabouts and his safety and school is working closely with the family and the police to locate Abhimanyu as quickly as possible.

‘If anyone has any information about Abhimanyu’s whereabouts or believe that they may have spotted him then please contact the police immediately on 101.

‘Thank you for any help that you can give.’