Tens of thousands of British holidaymakers could be stopped from travelling to the continent if the UK leaves the EU without a deal, government papers suggest.

Anyone whose passport has less than six months to run faces being turned away at borders when existing rules become obsolete overnight at the end of next March.

Under current arrangements, Britons can travel to Europe as long as their passport is valid to the end of their stay. But in the event of a ‘no-deal’ Brexit they would in all likelihood be treated like travellers from non-EU countries.

As a result, any passport without at least six months left before it expired would be invalid for travel. That could mean a glut of applications for passport renewals.

One Whitehall source warned there could be chaos at the passport office if it had to process a vast number of new documents in such a short time frame. The source said the Home Office was ‘nowhere near prepared’ and the paper had ‘set alarm bells ringing’ among ministers. 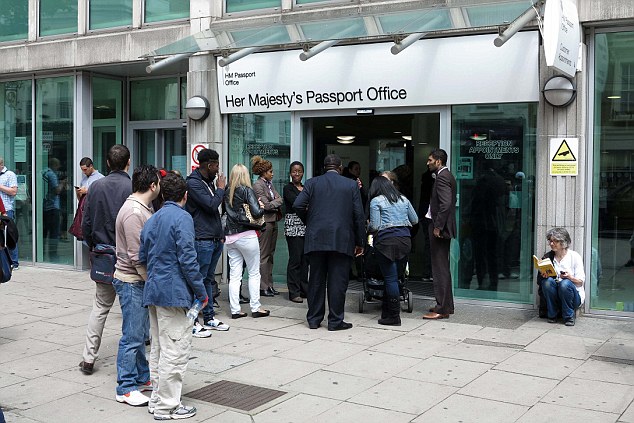 Travellers with dogs and cats will also need to get a rabies test signed off by a vet before they can take their pet abroad, because the current pet passport scheme will also become invalid after the exit date.

The warnings are contained in one of the technical notices on ‘no deal’ which are due to be published by officials tomorrow.

Theresa May has convened a special three-hour Cabinet meeting to discuss preparations for talks collapsing without agreement.

Ministers will be briefed on ‘Operation Yellowhammer’, Whitehall’s code name for no-deal contingency planning. Chancellor Philip Hammond is also likely to face demands from his colleagues for more cash from his £3billion no-deal fund to make sure they are ready.

The documents will spark fresh claims from Eurosceptics about scaremongering by Downing Street in an attempt to generate support for Theresa May’s Chequers plan.

The papers are likely to set out the possibility of extensive delays at ports and airports. Significant focus is on Dover and the prospect of the M20 becoming clogged up with lorries if there are delays at the port. 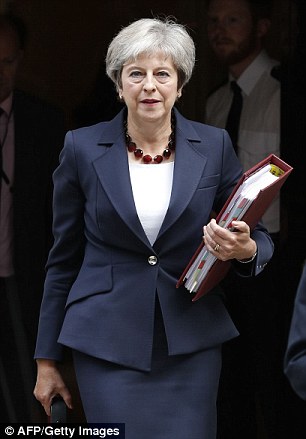 Last night a senior government source said the technical notice on passports was a ‘worst case scenario’. Ministers are preparing to take unilateral steps wherever possible to avoid chaos. The extent of the problems would depend on how the EU responds and whether it takes similar steps.

Last night the British aerospace industry warned air travel could grind to a halt because the European Commission has refused to start talks on an aviation ‘back up’ deal.

ADS, which represents the sector, has written to Brussels officials warning aircraft could be grounded and accused them of undermining safety by blocking talks between regulators.

Paul Everitt, chief executive of ADS, said the UK’s own Civil Aviation Authority had already had ‘detailed talks’ with the US, Canada and Brazil.

n Special preparations have been made to ensure the Grand National can go ahead in the event of ‘no deal’.

The Aintree race would take place only days after Brexit next year. Currently the transit of horses between France, Ireland and the UK is governed by a deal which would lapse if Britain crashes out.

Officials have indicated they will wave horses in without formal checks to ensure there is no disruption to the racing industry. 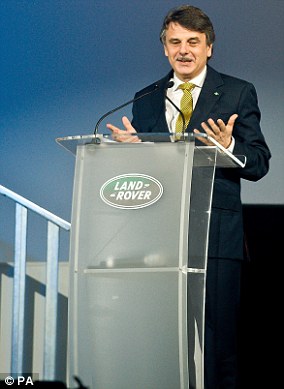 Jaguar Land Rover may be forced to stop building cars in Britain if Theresa May fails to strike the ‘right’ Brexit deal, the company’s boss warned yesterday.

In a hard-hitting speech addressed directly to the Prime Minister, Ralf Speth (pictured, right) claimed tens of thousands of jobs could be lost across the car industry.

Earlier this summer the car giant outlined plans to invest hundreds of millions of pounds in upgrading its plants in Solihull in the West Midlands and Halewood in Merseyside to build to the next versions of hybrid and electric Range Rover models.

Dr Speth said ‘unfettered access’ to the EU’s single market was as crucial to its business as ‘wheels are to our cars’.

Without it, he said production in Britain could grind to a halt, putting many of JLR’s 44,000 employees at risk.

Speaking at the Government’s Zero Emission Vehicle summit in Birmingham as Mrs May prepared to take the stage, Dr Speth said: ‘Brexit is due to happen on the 29th of March next year. Currently, I do not even know if any of our manufacturing facilities in the UK will be able to function on the 30th.

‘Like many British companies our supply chains reach deep into Europe. Bluntly, we will not be able to build cars, if the motorway to and from Dover becomes a car park, where the vehicle carrying parts – vital to our processes – is stationary.’

JLR is already in the process of opening a new £1billion plant in Nitra, Slovakia, where its new Land Rover Discovery is being built. The decision to shift production from Birmingham – putting hundreds of jobs at risk – was announced in June.

But Mr Speth hinted that this could be just the start, warning that it is already ‘thousands of pounds cheaper to produce vehicles in Slovakia than Solihull’ due to higher costs and the UK’s ‘poor productivity rates’.

He insisted it would ‘help ensure frictionless trade with the EU and would see our car sector to continue to flourish’.