Home » World News » Fears over ‘mystery fever’ after 50 people, including children, die in one week 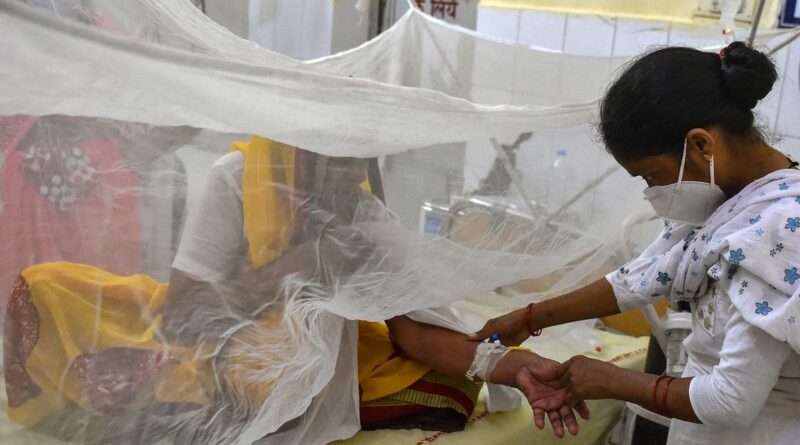 A "mystery fever" in northern India has killed 50 people, including children, as scientists struggle to find the reason why.

Many of those suffering have complained of high fever, headaches, and nausea with hundreds needing hospital treatment in the state of Uttar Pradesh.

None of those who died tested positive for Covid-19 so the possibility of a new "mystery fever" just as the country was recovering from a deadly second wave of coronavirus has caused alarm, reports the BBC.

Medical experts in some districts believe the deaths are a result of dengue fever, a viral infection that is spread by mosquitoes and is responsible for infecting millions of people each year across the globe.

Many of the patients taken to hospital in eastern Uttar Pradesh had declining platelets (a condition where the body can't form clots) which is a sign of severe dengue.

In the Firozabad district 40 people, including 32 children, have died in the past week from the "mystery fever".

According to the World Health Organisation, Dengue is a disease passed on by the bite of an infected female mosquito and there are four types of the virus.

It is estimated that there are more than 50-100 million cases of dengue worldwide each year and 3 billion people living in dengue-endemic countries.

The mosquito successfully breeds in areas with containers filled with water and passes the virus on by drawing blood from an infected person.

Despite these symptoms leading to experts concluding that dengue is most likely responsible for the deaths in northern India it is far from conclusive.

Mystery fevers are not uncommon in the country especially after monsoons when the mosquito population rises.

Scrub typhus, Japanese encephalitis, leptospirosis, and chikungunya are all diseases that are capable of causing death in India.

However, unless testing is used to track those that are infected and diagnose then it will be difficult to bring under control.

An Indian virologist said: "If we don't investigate properly and regularly, a lot of things will continue to remain a mystery."