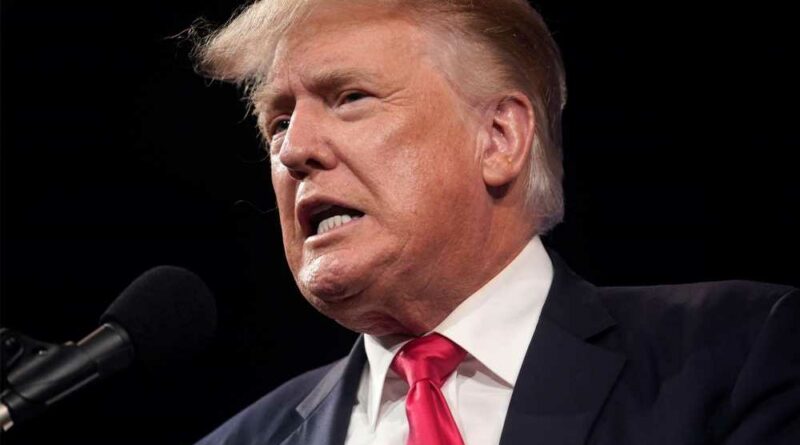 ‘Worse than Trump’ phase is here and other commentary

A federal judge in Washington, DC ruled Wednesday that House Democrats are entitled to some of former President Donald Trump’s financial records, though fewer filings than they had sought before the 45th president left the White House.

The decision by US District Judge Amit Mehta was the latest turn in a case that has already seen the Supreme Court intervene once — and the high court may do so again.

Democratic members of the House Oversight and Reform Committee initially subpoenaed Trump’s accounting firm, Mazars USA, in April 2019 for records dating back to 2011. The then-president challenged the subpoena in court and lost twice before the Supreme Court ruled in July of 2020 that the lower courts had not taken into account “special concerns regarding the separation of powers.”

Applying a new analysis set out by the Supreme Court, Mehta ruled that the committee was entitled to information about Trump’s lease agreement with the federal General Services Administration for his Washington, DC hotel. The judge also ordered Mazars to turn over the tax and financial records of Trump and the Trump Organization for 2017 and 2018 to lawmakers.

However, Mehta also ruled the committee was not entitled to other records, saying lawmakers had identified only a “limited need” for them.

The committee reissued the Mazars subpoena in February of this year after the previous one expired upon the swearing-in of the new Congress in January.

Committee chairwoman Rep. Carolyn Maloney (D-NY), said in a statement that the ruling “recognized that the Oversight Committee is entitled to a broad set of President Trump’s financial records as part of our critical investigation aimed at preventing presidential conflicts of interest, self-dealing, and constitutional violations.”

Maloney added that while it was “disappointing that the Court, despite finding that the entire subpoena served valid legislative purposes, narrowed the subpoena in some respects, the Committee is actively considering next steps.”

Separately, the Justice Department’s Office of Legal Counsel said in an opinion last month that the Treasury Department must provide the House Ways and Means Committee with Trump’s tax returns. That opinion said the committee chairman “has invoked sufficient reasons for requesting the former President’s tax information” and that under federal law, “Treasury must furnish the information to the Committee.”

The committee’s hunt for records overlaps with other records that have already been released to investigators. Last year, the Supreme Court ruled in favor of Manhattan DA Cyrus Vance Jr. in his demand for Trump’s tax records, though the ruling kept the documents out of the public eye. Vance’s office took possession of those records in February.