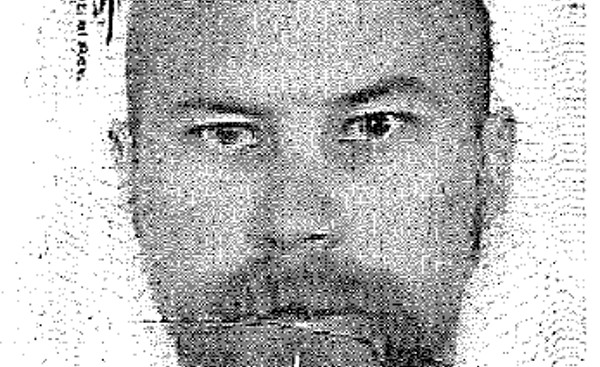 A former employee of a Colorado sheriff’s office pretended to be a U.S. marshal, kidnapped a Vermont man and killed him as part of a convoluted, multi-state murder-for-hire plot, federal prosecutors allege.

Prosecutors have not charged Banks with murder, but stated in a news release that they believe Banks killed Davis.

Banks was certified by Colorado’s Peace Officer Standards and Training Board and worked for the Costilla County Sheriff’s Office between Aug. 15, 2017, and Feb. 14, 2018, POST records show.

A clerk with the sheriff’s office who declined to give her last name said that Banks worked in the detention center. She didn’t know what date he stopped working there, but said he called one day and said he wasn’t coming in anymore. Banks’ arrest affidavit states he held a part-time job with the agency.

The sheriff’s office did not respond to a follow-up email Thursday requesting more information about Banks’ role at the agency and the dates of his employment.

Court documents in three criminal cases outline the web of people that connected Banks to his alleged victim and the years of law enforcement investigation that tied the alleged conspirators together.

FBI agents arrested Banks on April 6 in Yellowstone National Park, where he was working. A week later, agents arrested Aron Ethridge, of Las Vegas, whom prosecutors allege connected Banks to the powerful businessmen ordering the killing. On May 24, federal law enforcement arrested those businessmen — Serhat Gumrukcu, 39, of Los Angeles, and Berk Eratay, 35, of Las Vegas — on racketeering charges alleging they conspired to have Banks killed.

Before his death, Davis had been threatening to go to the FBI with allegations that Gumrukcu had defrauded him in a 2015 multimillion-dollar oil deal, prosecutors wrote in court filings. Gumrukcu had a “strong motive” to prevent Davis from reporting the fraud because he was putting together a business deal involving a biotech company, Enochian Bioscience. Gumrukcu’s stock in the company is worth about $100 million, prosecutors believe.

Davis’ wife and 12-year-old son told investigators that a man dressed in a U.S. marshal’s uniform knocked on the door of their home in Danville, Vermont, the night of Jan. 6, 2018, and said that Davis was under arrest on racketeering charges, according to Banks’ arrest affidavit. Davis left with the man, who had a rifle and handcuffs and drove a white car with emergency lights activated on the dash.

Police found Davis’ body the next day. Davis had been shot multiple times and left handcuffed in a snowbank about 15 miles from his home.

In Ethridge’s indictment, prosecutors allege Banks called Ethridge the day after the killing and said Davis had been kidnapped and killed. Ethridge admitted to investigators that he hired Banks to kill Davis on behalf of Eratay and Gumrukcu, court filings show.

Investigators connected Banks to Davis’ death by tracing a suspicious phone call to 911 that he made on a burner phone in the vicinity of Davis’ home the night of the killing. Investigators then tracked a series of phones as they moved across the country from Monte Vista, Colorado, to Danville, Vermont, and connected them to Banks.

Evidence from Google obtained through a search warrant showed that a person using Banks’ email address made Google searches for police vehicles for sale, police spotlights and body armor. They found receipts in his email for purchases of emergency lights, an antique U.S. marshal badge and shoulder patches, a police spotlight and body armor.

Investigators confirmed that Banks purchased a white Ford Explorer in November 2017 and then returned it on Jan. 24, 2018. They also discovered that Banks was stopped by a Kansas Highway Patrol tooper on Jan. 8, 2018, on westbound Interstate 70 for a lane violation. The trooper described Banks as “extremely nervous” and said that the Ford Explorer contained multiple law enforcement items, like a gun and a tactical vest.

Investigators found that Banks became suddenly flush with cash in late 2017, despite making less than $500 a week from the sheriff’s office.

He remained in custody Thursday and his court-appointed defense attorneys did not immediately return an email requesting comment.

All four men charged in the plot face a possible charge of life in prison if convicted. Gumrukcu and Eratay could also face the death penalty.