Leave it out, mate! Feisty lioness SLAPS a lion to put him in his place

An enraged lioness was spotted brutally slapping her partner across the face in a remarkable lover’s tiff in the middle of the African savanna.

Captured on the luscious green plains of Tanzania in the Ndutu area – the fighting pair were also spotted baring their teeth and giving each other dirty looks.

Game reserve manager, Giuseppe D’amico, snapped the domestic dispute while on the prowl for photo opportunities.

Giuseppe, 59, said: ‘I was there because of the many photographic opportunities – in this case a pair of very quarrelsome mating lions.

‘These photos were taken in Tanzania, in the Ndutu area, at the southern border of the Serengeti.

‘The pictures show the frequent quarrels between the two lions in love.’ 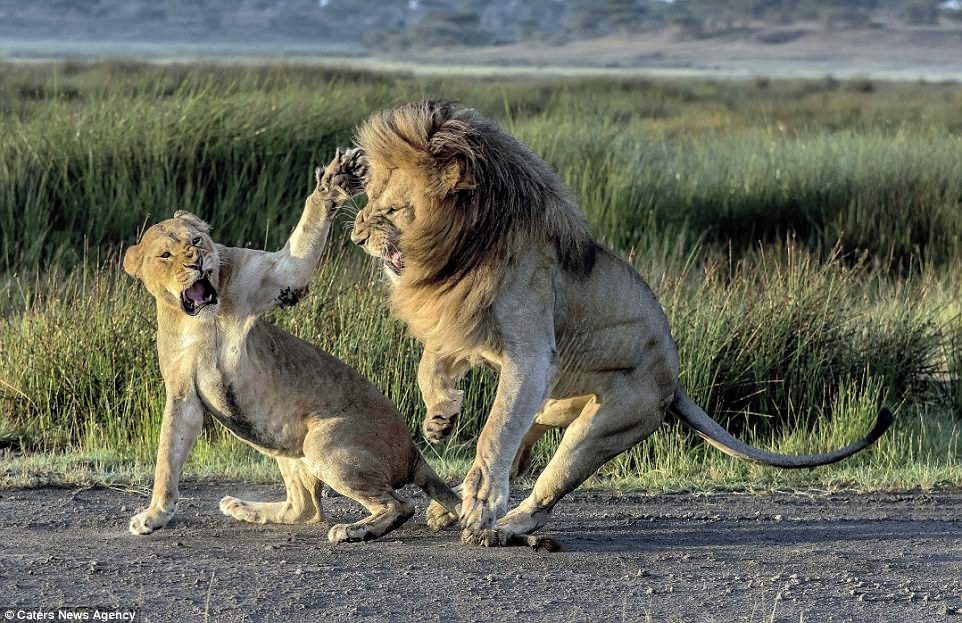 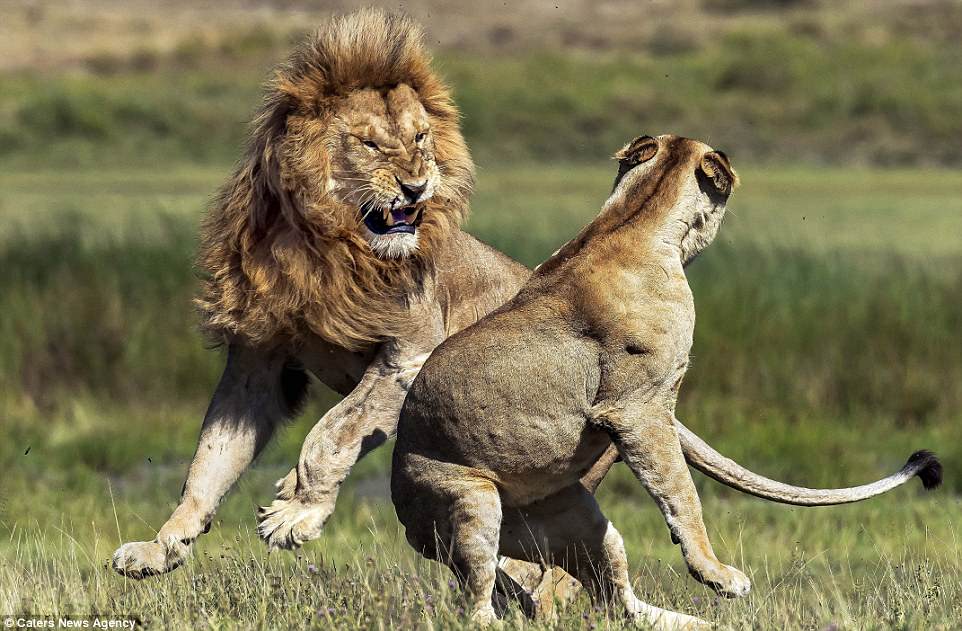 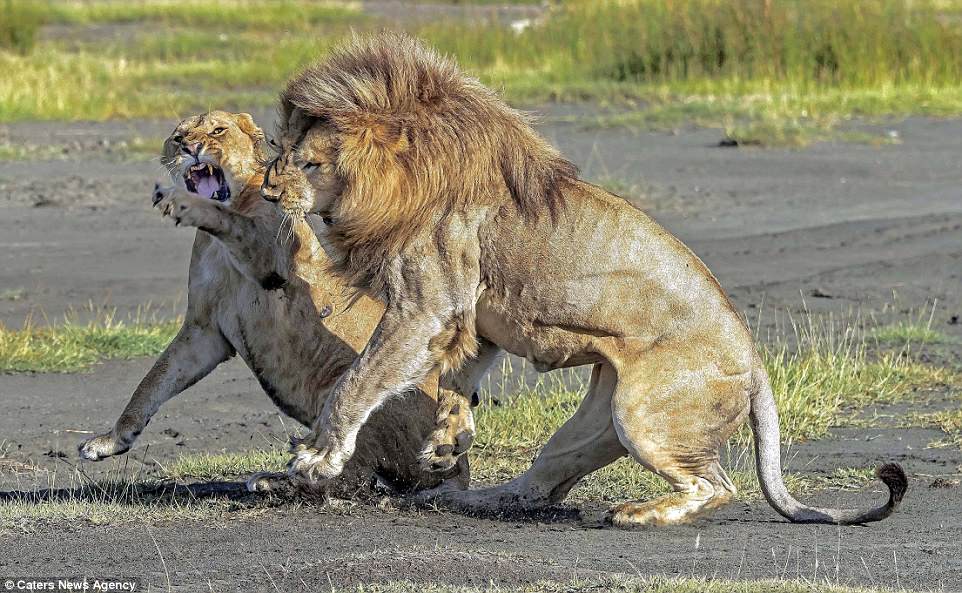 Not content with landing a single shot on her male counterpart, the lioness goes back for a second round of slaps after her initial foray 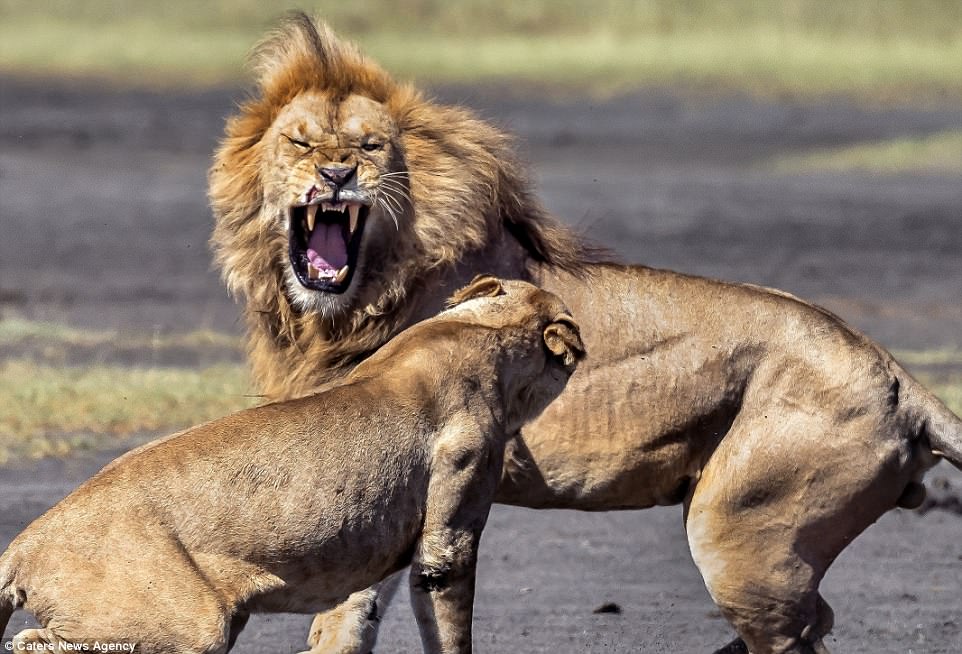 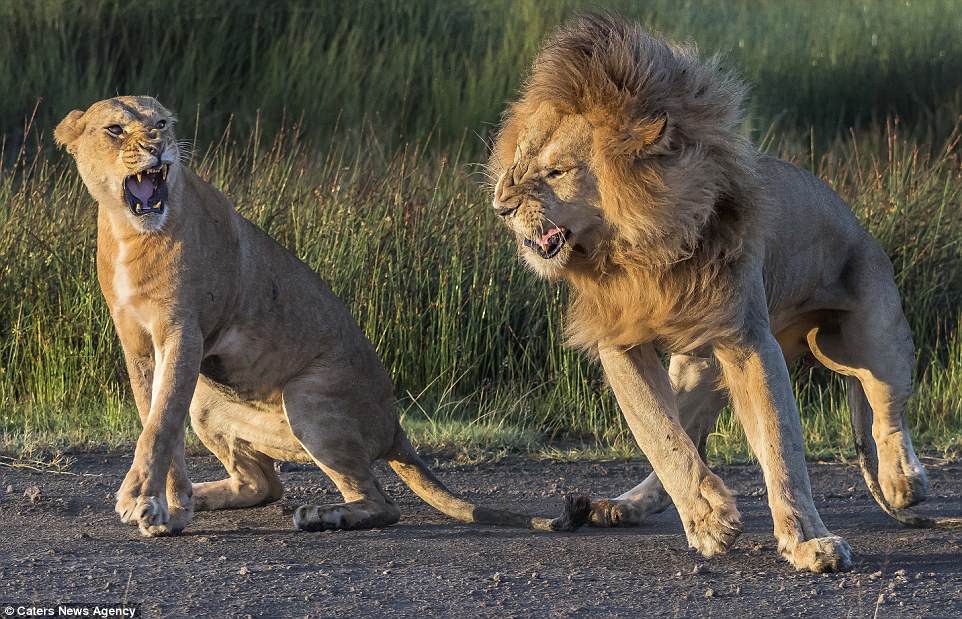 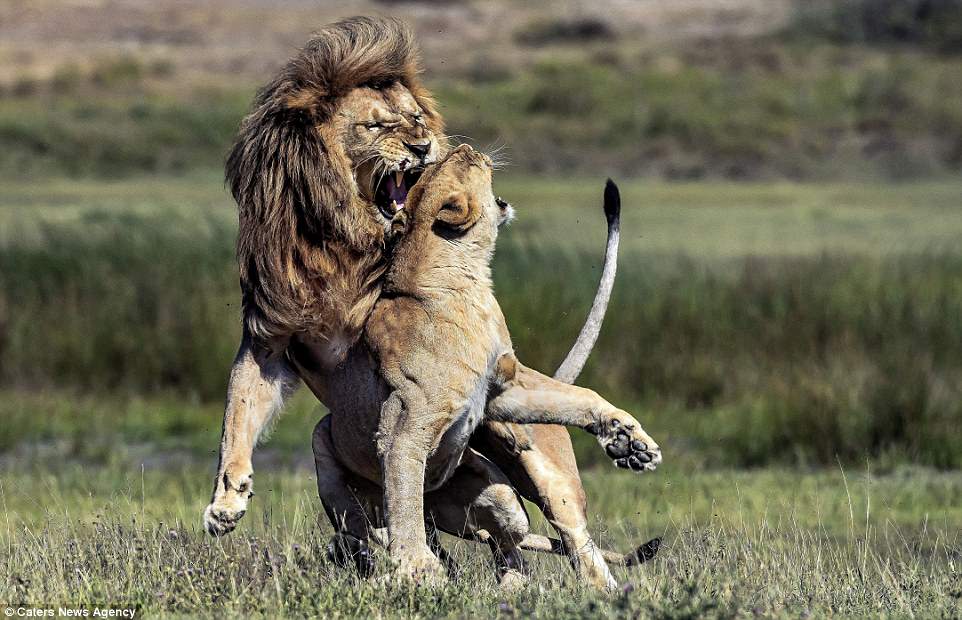 The dramatic photos were taken in the Tanzanian area of Ndutu by game reserve manager Giuseppe D’amico, originally from Italy 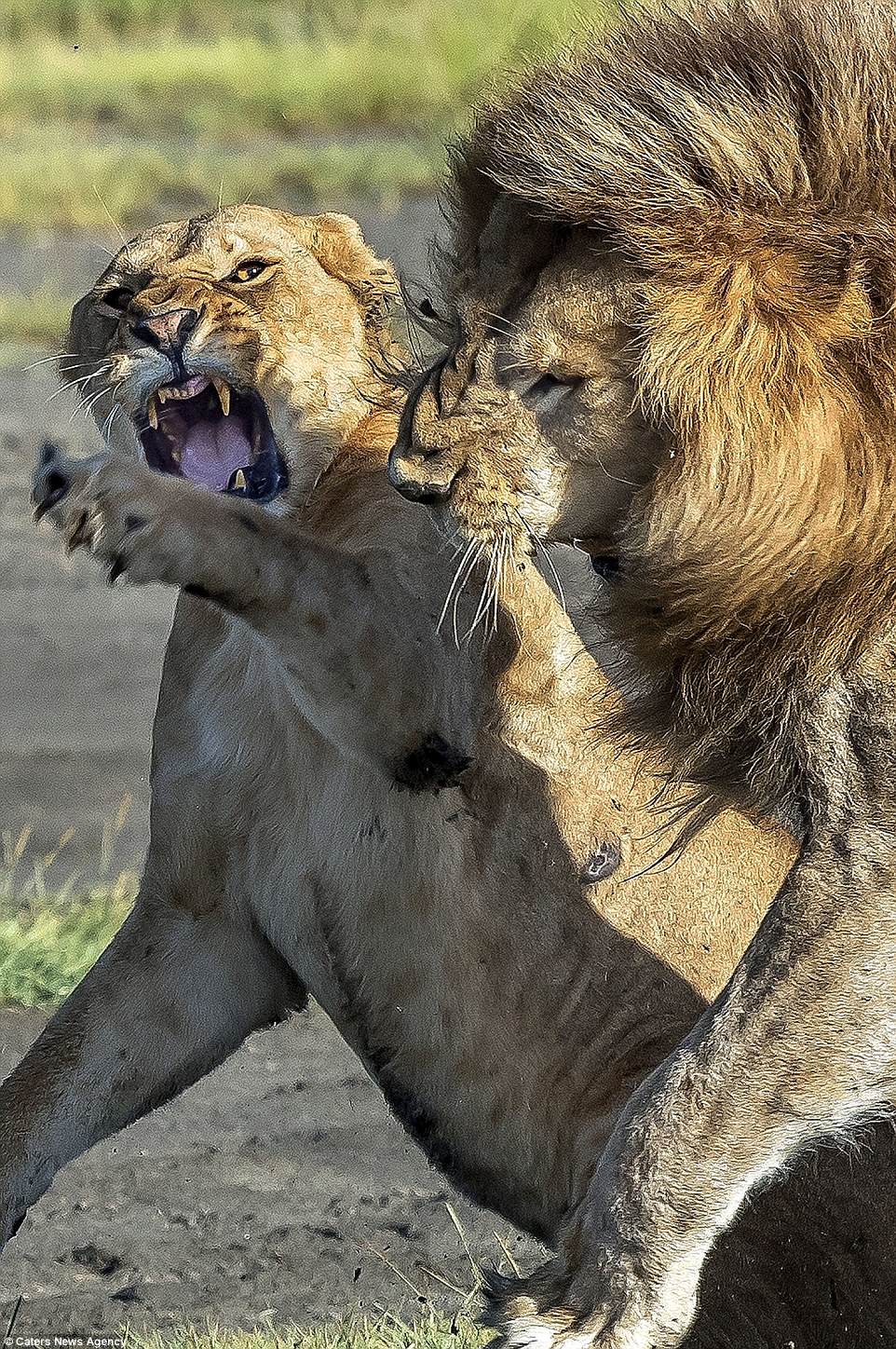