Police have arrested 54 people as part of a major police operation over four nights targeting the state’s worst street gangs.

The crackdown, named ‘Operation Alliance’, connected police from Brimbank, Wyndham and Melbourne last weekend and resulted in the arrest of 54 people for offences including burglary, car theft, weapons possession, robbery and unlicensed driving. 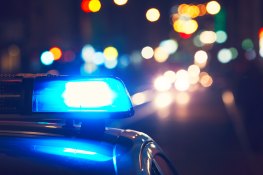 Of those arrested, 24 were aged 25 and under.Credit:iStock

The operation finished on Tuesday morning.

More than 50 at risk young people – such as siblings or associates of serious offenders – were also connected to support services as part of the operation.

Over 300 “persons of interest” were also questioned which, police say, “led to greater intelligence holdings to assist future investigations”.

Of the 100 bail compliance checks carried out by police over the four days, there were 45 breaches.

Police also believe they disrupted a planned brawl between youths in the Brimbank area saturating the planned fight location and surrounding local roads, public transport hubs and parks with officers.

More than 300 cars were also intercepted over the four nights. Four cars were impounded.

The car searches resulted in the arrest of a 19-year-old from Kurunjang who was later charged with possessing weapons and drugs.

He was bailed to appear at the Melbourne Magistrates’ Court on December 1.

“To break the cycle of reoffending longer-term, our approach to youth crime needs to be balanced,” he said.

“That is why we are also engaging at the earliest opportunity with those on the fringes of youth gangs, such as the younger siblings of gang members, to ensure their lives aren’t set off course by being dragged into serious and violent crime.”